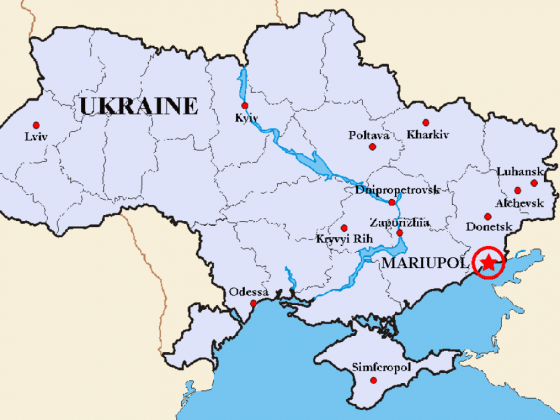 The Ambassador predicted liberation of Mariupol in 2014, the plan was in place, was anyone listening? Liberation? That is how Moscow packaged it? And the Active Measures/propaganda continues. 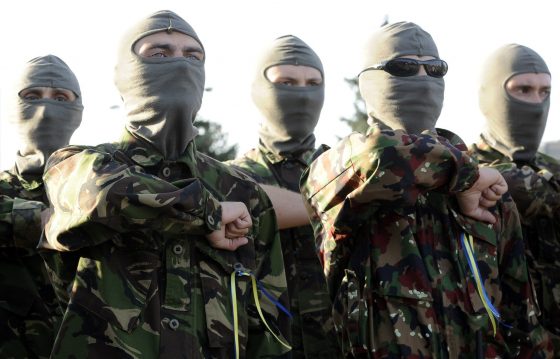 The Bellingcat Investigation Team has determined conclusively that the artillery attack on targets in the Ukrainian town of Mariupol on 24 January 2015, which resulted at least 30 civilian deaths and over 100 injuries, came from Russia-controlled territory. Bellingcat has also determined that the shelling operation was instructed, directed and supervised by Russian military commanders in active service with the Russian Ministry of Defense. Bellingcat has identified nine Russian officers, including one general, two colonels, and three lieutenant colonels, involved directly with the military operation.

Furthermore, Bellingcat has determined that two artillery batteries of Multiple Launch Rocket Systems (MLRS) were transported from Russia into Ukraine the day before the Mariupol operation. In the early morning of 24 January 2015, these batteries were deployed near the village of Bezimenne exclusively for the shelling of targets in and around Mariupol, after which they were repatriated back into Russia.

In the course of analyzing the events in the eve of and on 24 January 2015, Bellingcat has also identified two Russian generals involved with the selection and assignment of Russian artillery specialists to commanding roles in eastern Ukraine.

This investigation was made possible due to access to raw video and audio data that is being submitted by the Ukrainian government to the International Court of Justice as part of an ongoing legal case. This data was made available to a small group of international investigative media for the purposes of independent assessment. Bellingcat and its media partners analyzed a large volume of intercepted calls from and to participants in the armed conflict located in the area of Bezimenne at the time of shelling. Bellingcat conducted detailed cross-referencing of events, names and locations, as well as metadata from the calls, to open source data, including satellite photography data, social media posts, and voice samples from public statements of some of the identified persons. A detailed analysis permitted the identification of persons and military units, and the reconstruction of events leading up to the shelling of residential areas in Mariupol.

While previous reports, including the OSCE Special Monitoring Mission (SMM) to Ukraine report from 24 January 2015, have identified that shelling of Mariupol’s residential areas came from separatist-controlled territory, Bellingcat’s investigation is the first to fully detail and identify the role of active Russian military units, as well as the direct commanding role of active Russian army officers in this military operation.

Our full report identifying the nine Russian officers involved with the military operation that led to the deaths of 30 Ukrainian civilians in Mariupol will be published later this week. Today, we are revealing the names of these individuals, along with a sampling of the telephone conversations that led to their identification.

The Russian officers who were in charge on high and lower levels of the MLRS batteries on the day of the shelling at Mariupol, or provided target instructions from another location in Eastern Ukraine, have been identified by Bellingcat as:

The Russian officers who were in charge of selecting and sending artillery commanders and artillery equipment to Eastern Ukraine have been identified by Bellingcat as:

The two Russian and Ukrainian militants in direct charge of the artillery units that shelled Mariupol have been identified by Bellingcat as:

Our full investigation, with biographical details on each of these men, our research process, and our analysis of the shelling attack itself, will be published later this week.