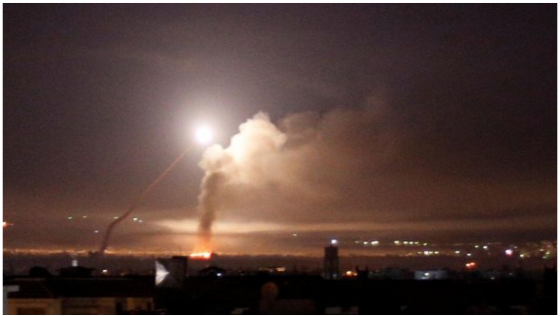 The war between Israel and Iran seems to have begun and the U.S. is strongly standing by the Israelis, thanks to President Trump. Just a day after Trump announced we were pulling out of the catastrophic Iran deal, Iranian Al-Quds forces based in Syria reportedly launched rockets at Israeli forces in the Golan Heights. Israel responded with its most extensive military operation in years and what the IDF described as its largest strike against Iranian targets.

Israeli Defense Minister Avigdor Lieberman said at a security conference that Israel had launched a counter-attack against Iran’s Al-Quds forces that took out “nearly all” of Iran’s military infrastructure in Syria. They hit just about every facility after Iran launched 20 rockets at Northern Israeli military installations. It was an epic smack down. “We hit nearly all the Iranian infrastructure in Syria,” Lieberman told the conference, AFP reports. “I hope we’ve finished this episode and everyone understood.” I doubt that, but what isn’t in doubt is that Israel will preemptively fight back with all they have.

Thanks to communists such as Obama, Clinton, Kerry and Power, Iran now has a straight path through Syria to try and encircle Israel. Yesterday was a preview of Israel’s tremendous military presence and response. The strike followed what Israel reports were 20 of either Fajr or Grad rockets fired by Al-Quds forces at Israeli forces in the Golan Heights around midnight. The IDF says that four of the rockets were intercepted by Israel’s anti-missile system; the other rockets failed to hit their intended targets and no Israelis were wounded. Good news all around.

Iran, during the Syrian conflict, has been trying to secure a steady land corridor from its border to the Mediterranean to help Hezbollah – a terror group it backs in Lebanon – and Syrian dictator Bashar Assad. Iran has also stationed increasing numbers of its Revolutionary Guard unit in Syria to bolster its aims. “The use of the corridor is probably intended above all for the movement of troops to Syria to further assist in stabilizing the Assad regime,” it said. “However, at a later stage, or in parallel, the corridor can strengthen Hezbollah’s capabilities against Israel – and perhaps those of other Shiite militias currently stationed in Syria – and thereby intensify Iranian deterrence and the threat to Israel.”

It added: “The delay in operating the corridor is likely due not only to the continued fighting in some of the areas, but also to the Iranians’ fear of attacks on convoys by the United States and/or Israel, as well as by Sunni elements, the Islamic State, and organizations opposed to Assad.” 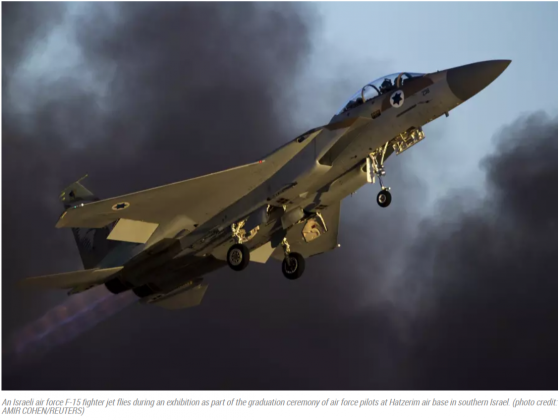 “If confirmed, the incident would be the first time Iran had sought to directly attack Israeli-controlled territory aside from an alleged attempted drone attack in February,” AFP notes. It undoubtedly won’t be the last. I say bring it and Trump will find a way to help Israel regardless of Congress. This fight is long overdue and I hope they wipe the mullahs off the face of the earth. No apocalypse for you boys and your Mahdi can go know himself.

In response, the Israeli military says it struck around 70 military targets overnight, a raid the IDF described as its largest assault on Iranian targets and the force’s biggest operation in years. According to a monitor, 23 enemy fighters were killed as a result of the strikes, while the IDF reports that all of the Israeli aircraft returned safely. I call that sweet and righteous revenge.

The bombardment led to immediate calls for restraint from Russia, France, Germany and Britain, while the United States put the blame squarely on Iran and stressed Israel’s right to “self-defense.” Germany and Britain joined the United States in denouncing the rocket fire they also said came from Iran, while France reiterated its “unwavering support for Israel’s security.” In a rare, if not unprecedented move for an Arab country, Bahrain backed Israel’s right to “defend itself” after the strikes.

Israeli Prime Minister Benjamin Netanyahu said Iran had “crossed a red line” and that the resulting bombardment “was a consequence.” And Netanyahu does not bluff. He keeps his word. Iran has made no comment other than to claim they have no installations in Syria, which is a bald faced lie as usual. “We know that comes from the Al-Quds force,” army spokesman Lieutenant-Colonel Jonathan Conricus said, referring to the special forces unit affiliated with Iran’s elite Revolutionary Guard.

As I understand it, Netanyahu had traveled to Russia and warned Putin something like this was coming and to get his people out of the way. A warning to Netanyahu… do not put your faith in Putin and Russia. They are your enemy. They are actively aiding Syria and Iran and will turn on you like a rabid dog.

“We don’t want an escalation, but won’t let anyone attack us or build an infrastructure to attack us in the future,” Israeli Defense Minister Avigdor Lieberman said Thursday, calling it “a new phase” in their longtime rivalry. If the tensions between Jerusalem and Tehran lead to even greater armed conflict, however, Israel is ready to go toe-to-toe with Iran. “I say again — whoever hurts us we will hurt him 7 times more, and whoever is getting ready to hurt us — we will hurt them first,” Israeli Prime Minister Benjamin Netanyahu said Thursday in a video statement. “That is what we did and we will continue to do.”

The IDF struck an SA22 aerial interception system as part of a wide-scale attack against Iranian military sites in Syria pic.twitter.com/dFGXIwMT45 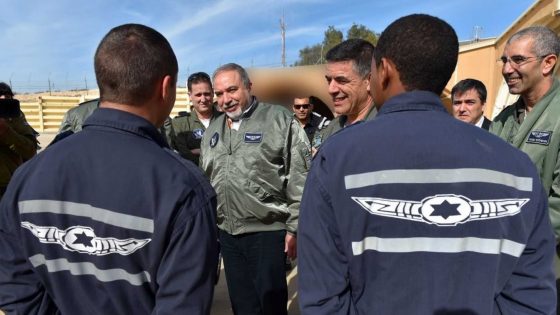 One thought on “Israeli Defense Minister Lieberman: ‘We Hit Nearly All The Iranian Infrastructure In Syria’”