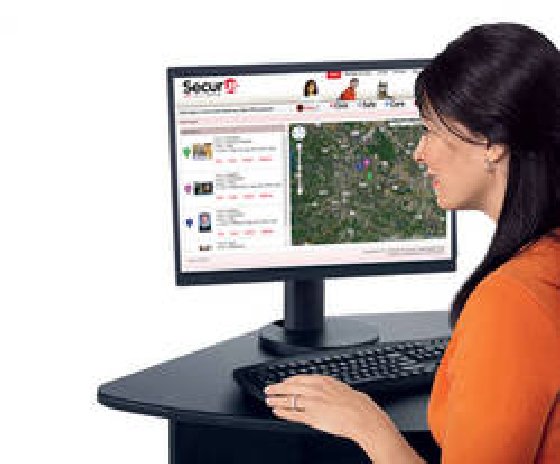 Lots of applications here, some rather scary, others real terrifying, while others are rewarding. Make your own decision(s). As an aside, we can only hope there is no Chinese technology involved or data is sold without knowledge or permission.

The service provided by Securus reveals a potential weakness in a system that is supposed to protect the private information of millions of cellphone users. With customers’ consent, carriers sell the ability to acquire location data for marketing purposes like providing coupons when someone is near a business, or services like roadside assistance or bank fraud protection. Companies that use the data generally sign contracts pledging to get people’s approval — through a response to a text message, for example, or the push of a button on a menu — or to otherwise use the data legally.

But the contracts between the companies, including Securus, are “the legal equivalent of a pinky promise,” Mr. Wyden wrote. The F.C.C. said it was reviewing the letter.

Courts are split on whether investigators need a warrant based on probable cause to acquire location data. In some states, a warrant is required for any sort of cellphone tracking. In other states, it is needed only if an investigator wants the data in real time. And in others no warrant is needed at all.

The Justice Department has said its policy is to get warrants for real-time tracking. The Supreme Court has ruled that putting a GPS tracker on a car counts as a search under the Fourth Amendment, but this was because installing the device involved touching a person’s property — something that doesn’t happen when a cellphone is pinged.

Phone companies have a legal responsibility under the Telecommunications Act to protect consumer data, including call location, and can provide it in response to a legal order or sell it for use with customer consent. But lawyers interviewed by The New York Times disagreed on whether location information that was not gathered during the course of a call had the same protections under the law.

As long as they are following their own privacy policies, carriers “are largely free to do what they want with the information they obtain, including location information, as long as it’s unrelated to a phone call,” said Albert Gidari, the consulting director of privacy at the Stanford Center for Internet and Society and a former technology and telecommunications lawyer. Even when the phone is not making a call, the system receives location data, accurate within a few hundred feet, by communicating with the device and asking it which cellphone towers it is near.

Other experts said the law should apply for any communications on a network, not just phone calls. “If the phone companies are giving someone a direct portal into the real-time location data on all of their customers, they should be policing it,” said Laura Moy, the deputy director of the Georgetown Law Center on Privacy & Technology.

Thousands of jails and prisons across the United States use a company called Securus Technologies to provide and monitor calls to inmates. But the former sheriff of Mississippi County, Mo., used a lesser-known Securus service to track people’s cellphones, including those of other officers, without court orders, according to charges filed against him in state and federal court.

The service can find the whereabouts of almost any cellphone in the country within seconds. It does this by going through a system typically used by marketers and other companies to get location data from major cellphone carriers, including AT&T, Sprint, T-Mobile and Verizon, documents show.

Between 2014 and 2017, the sheriff, Cory Hutcheson, used the service at least 11 times, prosecutors said. His alleged targets included a judge and members of the State Highway Patrol. Mr. Hutcheson, who was dismissed last year in an unrelated matter, has pleaded not guilty in the surveillance cases.

As location tracking has become more accurate, and as more people carry their phones at every waking moment, the ability of law enforcement officers and companies like Securus to get that data has become an ever greater privacy concern. Important to read more here. 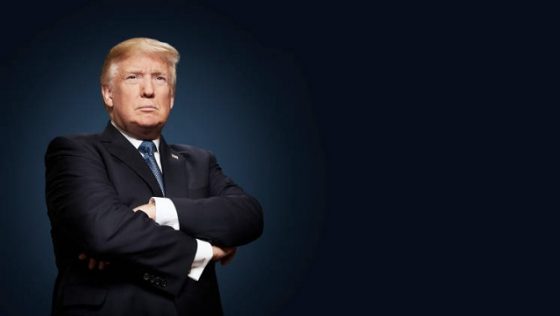 I love the old gospel song, “Peace In the Midst of the Storm.” https://bit.ly/2G26szy In the midst of the Deep State’s raging, unprecedented hate-storm against Trump, he remarkably remains at peace, and so should we.

Trump and We the People are winning. Fake news media sells its lie 24/7 that voters regret voting for Trump and he is mere days from impeachment. In truth, Trump’s approval has risen to 51%. https://nws.mx/2KEiTVR Leftists are pulling their hair out in frustration; screaming, how can we stop this freaking outsider amateur politician? The tide is turning in our favor.

At the 2018 White House Correspondence Dinner, Michelle Wolf wrongly assumed her hate-filled attacks on Trump and women in his administration, along with her callousness against unborn babies would score a home-run for liberalism. https://bit.ly/2raU380 Even devout leftists were uncomfortable with Ms Wolf vomiting leftists’ pure hatred for traditional Americans for all the world to see. Ms Wolf’s foulmouthed mean-spirited monologue hit a home-run for Conservatism. We are winning folks.

Pop icon Kanye West’s recent conservative comments and praise for Trump is huge. With Kanye’s 27 million twitter followers, millions of blacks heard conservatism for the first time. Since Kanye’s conservative tweet, black male approval of Trump has doubled. https://bit.ly/2JOUonu In essence, Kanye’s message mirrors mine; stop weakening yourselves with victim mindsets, make right choices and simply go for your dreams. Liberate yourselves from slavery on Democrats’ government dependency plantation. In Trump and Kanye, God is using unexpected vessels to spread His truth. Conservatism truly is best for all people. Kanye represents a huge crack in leftists’ wall of ignorance enslaving low-info voters.

It was thrilling hearing Trump announce that the United States will withdraw for Obama’s insane Iran Nuke Deal. Trump pulled no punches in explaining why Obama appeasing Iran was dangerous for America and our ally Israel. For crying out loud folks, what idiot president gives $150 billion to a regime which chants, “Death to America!”? https://nyti.ms/2KK1qeN

Israel is despised by most leftists. Trump having the courage to acknowledge Jerusalem as the capitol of Israel and actually move our US embassy to Jerusalem is amazing. https://reut.rs/2FTHoLe Regarding Israel, God said, “I will bless those who bless you, and whoever curses you I will curse.” Genesis 12:3

Amazingly, Trump’s Secretary of State Mike Pompeo is headed home from North Korea with 3 previously held hostages; a gesture of good faith for Trump’s meeting with Kim Jong Un. https://bit.ly/2K7CA7m Can you say “Trump: The Art of the Deal” boys and girls?

In essence, Obama received affirmative action Nobel Prizes because he is black and for touring the world apologizing for who we are as Americans and begging forgiveness. Numerous pundits say Trump should win the Nobel Peace Prize the old fashion way — he earned it. https://bit.ly/2wrqjsy

If Trump successfully ends the 70 year Korean war and Kim Jong Un follows through with his vow to end North Korea’s nuclear program, Trump absolutely deserves the Nobel Prize. If Trump wins the prize, that giant popping sound will be leftists’ heads exploding around the world. Extraordinary great things are happening folks.

Given that leftist activist justices are responsible for day-of-birth abortions and same sex marriage, Trump getting conservative Neil Gorsuch on the Supreme Court is huge for rulings based on what truly is in our Constitution. If Justice Kennedy retires as rumored, Trump could put another Constitutional conservative on the court. https://fxn.ws/2p2XRXN Awesome!

Americans suffering with high taxes, low wages and high unemployment was Obama’s proud new normal. Trump has dynamited Obama’s mountain of overreaching tyrannical job-killing regulations; reversing over 800. https://bit.ly/2Is3Ccg Trump has unemployment at 3.9%, the lowest since 2000. https://bit.ly/2jGR17b In his first year, Trump created 2 million jobs. https://bit.ly/2m4jwNy His tax cuts has our economy booming; creating more jobs and Americans smiling again with more money in their pockets. https://bit.ly/2HLDyWf Manufacturing jobs have risen to 304,000 under Trump. Black and Hispanic unemployment is at a historic low. https://washex.am/2rkgpDW All Americans are winning with Trump in the White House.

Folks, I could go on and on with Trump’s long list of wins for We the People in a remarkably short amount of time. https://bit.ly/2rqXRC7

Bottom line: Be of good cheer folks. As a Christian, I believe the prayers of millions of Americans saved us from anti-God, anti-America and anti-freedom liberal destructive tyranny under Hillary Clinton. God gave us Trump, and he is winning for We the People.