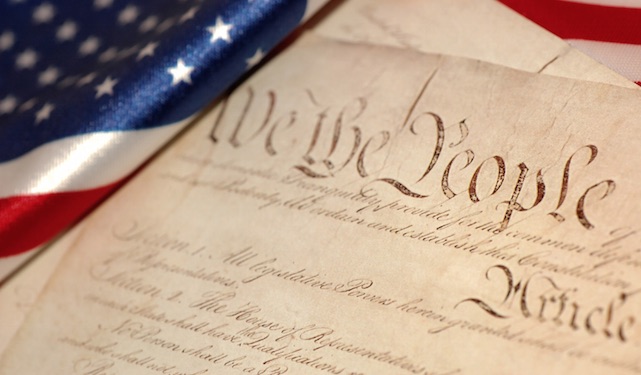 Whether States should ask Congress to call a convention under Article V of our federal Constitution is one of the most important issues of our time.  The Delegates to such a convention, as Sovereign Representatives of The People, have the power to throw off the Constitution we have and set up a new Constitution – with a new and easier mode of ratification – which creates a new government.1

Americans need the Truth.  But former law professor Rob Natelson’s recent article in The Hill is filled with ad hominems and misstatements.  Natelson is legal advisor for pro-convention groups such as “Convention of States Project” (COSP).

Natelson characterizes those who oppose an Article V convention as “big government advocates”; “Washington insiders” who protect “judges and politicians who abuse their positions”; chanters of “talking points” from the “disinformation campaign” of the 1960s and early 1970s who have “no real expertise on the subject”; and, like those involved in “voter suppression efforts”, use “fear and disinformation” to discourage citizens from exercising their rights.

And while such tactics clearly resonate with COSP’s cheerleading squad; 2 others immediately recognize the preemptive ad hominem attack known as the “poisoning the well” fallacy.  That fallacy is committed when one primes the audience with adverse information or false allegations about the opponent, in an attempt to bolster his own claim or discount the credibility of the opponent.

Obviously, Natelson’s characterizations don’t constitute proof that he is right, and opponents are wrong.

“Our founders designed this [Article V convention] as a way the people could fix the federal government if it became abusive or dysfunctional”.

But he presents no proof – and can’t because no one at the federal convention of 1787 (where our present Constitution was drafted) said such a thing.  As proved in The George Mason Fabrication, the Delegates agreed that the purpose of amendments is to correct defects in the Constitution.

“Any proposals must… be ratified by 38 states before they become law.”

That’s not true.  While any amendments to our Constitution must be ratified by 38 States; our Declaration of Independence says it’s the “self-evident” Right of a People to abolish their government and set up a new one.

We invoked that Right in 1776 to throw off the British Monarchy.

In 1787, we invoked that Right to throw off our first Constitution, the Articles of Confederation; and set up a new Constitution – the one we now have – which created a new government.

The Continental Congress resolved on February 21, 1787 to call a convention to be held at Philadelphia:

“for the sole and express purpose of revising the Articles of Confederation”.

But the Delegates ignored this limitation – they ignored the instructions from their States  – and they wrote our second Constitution.

And in Federalist No. 40 (15th para), James Madison invoked the “precious right” of a People to throw off one government and set up a new one, as justification for what they did at the federal “amendments” convention of 1787.

We can’t stop that from happening at another convention.  Furthermore, any new constitution will have its own mode of ratification.  Whereas Art. 13 of the Articles of Confederation required amendments to be approved by the Continental Congress and all of the then 13 States; the new Constitution provided at Article VII that it would be ratified by 9 States.

Any proposed third constitution will have its own mode of ratification.  The proposed Constitution for the Newstates of America is ratified by a national referendum (Art. XII, §1).  The States don’t ratify it – they are dissolved and replaced by regional governments answerable to the new national government.

“…how the convention is chosen and operates: It is a meeting of state representatives of a kind very common in U.S. history…The convention follows a pre-set agenda and attendees are subject to state legislative direction.”

But Natelson doesn’t mention the federal “amendments” convention of 1787.  That convention involved Delegates who ignored the instructions from their States 3 and from the Continental Congress, and resulted in a new Constitution with a new and easier mode of ratification.  That is the “meeting” which is relevant to the convention Congress has the power to call under Article V of our Constitution.

As to the sovereign powers of Delegates, look to the Declaration of Independence, the federal “amendments” convention of 1787, and Federalist No. 40 – not to Natelson’s “meetings”.

Natelson responded that Coleman is a 79-year old “minority opinion the courts have long repudiated”;   but doesn’t show where the Supreme Court “repudiated” its opinion.

What Coleman shows is this: we can’t expect federal courts to make Delegates obey instructions.  No one has power over Delegates – Delegates can take down one government and set up a new one.

Here’s an idea:  Let’s all read our Declaration of Independence and Constitution; elect only people who have also read them, know what they say, and agree to obey; and then let’s downsize the federal government to its enumerated powers.

1 This is why James Madison, Alexander Hamilton, four Supreme Court Justices, and other luminaries warned against an Article V convention.

3 The States’ instructions are HERE at endnote 9.

4 When a power is delegated to a “political” branch [legislative or executive], federal courts [“judicial” branch] traditionally abstain from interfering and substituting their judgment for that of the branch to which the power was delegated.