Why Won’t Bill or Abdul Accept Frank Beckmann’s Invitation to Come on the Air and Discuss Sharia?

Listen to Patrick and Frank Discuss this Critical Issue

There is perhaps no more egregious crime being perpetrated on the American people than Civil Asset Forfeiture. Not only is it blatantly Unconstitutional but it should be unconscionable. The notion is a simple one; if police suspect the assets you have were obtained by or used to facilitate criminal activity they can simply confiscate them from you without you having been convicted of a crime and then you must initiate court proceedings to have your lawful property returned to you. If you are unsuccessful, the Police then simply keep the property for their own uses.

Even if you are successful, the legal fees may exceed the value of the seized property.

In The U.S. Constitution, the First Ten Amendments, known as the Bill of Rights, serve as a “restraining order” on Governmental Power against the individual.

The Fourth Amendment to the Constitution reads:

The right of the people to be secure in their persons, houses, papers, and effects, against unreasonable searches and seizures, shall not be violated, and no Warrants shall issue, but upon probable cause, supported by Oath or affirmation, and particularly describing the place to be searched, and the persons or things to be seized. (Emphasis Added)

As with much of the Bill of Rights, the Fourth Amendment was inspired by abuses suffered by Colonists under British Rule. Using a vague and general warrant, called a “writ of Assistance” ostensibly to combat smuggling, an official in possession of the Writ could search virtually everywhere they wished with no recourse or consequence.

No person shall be held to answer for a capital, or otherwise infamous crime, unless on a presentment or indictment of a Grand Jury, except in cases arising in the land or naval forces, or in the Militia, when in actual service in time of War or public danger; nor shall any person be subject for the same offence to be twice put in jeopardy of life or limb; nor shall be compelled in any criminal case to be a witness against himself, nor be deprived of life, liberty, or property, without due process of law; nor shall private property be taken for public use, without just compensation. (Emphasis Added)

Between these two Amendments, as American Citizens, we cannot have our property seized unreasonably, and we can not be deprived of our property without due process. To our founders the intent was clear: Authorities needed to obtain a specific warrant to search and seize, and then prove the validity of their seizure in court. Civil Asset Forfeiture turns this on its head.

A Police Officer by the side of the road can simply decide that you have MIGHT have committed a crime with the asset, or the asset MIGHT be a result of crime you MAY have committed and that’s that. You are deprived of your property. In some cases, your property can be taken because someone else committed crime. If someone borrowed your car and was caught subsequently with drugs in their possession, your car is seized. Parents can lose their home because their children deal drugs from it.

The Motel Caswell in Tewksbury, Massachusetts

In 2009, federal prosecutors attempted to seize the Motel Caswell in Tewksbury Massachusetts. As a independent budget motel, some of the guests they served were less than savory. Despite having supplied police with camera footage, guest information, and free rooms to surveil suspects, prosecutors decided that they should seize the un-mortgaged property. They argued that the owner of the Motel “should have known” what was happening and done more to prevent it.

This, they reasoned, made the property complicit in the crimes simply because the crimes took place there. Under the policy of “equitable sharing” the federal authorities would have gotten 20% and the Tewksbury Police 80%. This is not unlike pirates or bank robbers divvying the booty after a score-an idea that citizens should find alarming. Ultimately, the Caswell family prevailed after 4 years of legal wrangling. It is interesting to note is that the motel was not part of a large national company like Holiday Inn and that the property had no mortgage. It could be assumed that the owner would not have access to the vast legal resources a national company would have and the property would have no creditors to satisfy with the auction proceeds which could certainly make this an attractive item to seize from a revenue generation point of view. If this type of math is being calculated by authorities to make seizure decisions, it should give all of us great pause.

As amazing as it sounds, the Supreme court has ruled Civil Asset Forfeiture as Constitutional, citing an appellate case from 1827 involving of all things a pirate ship. The owner of the ship argued that they could not take his ship without his having been being convicted.

“The thing is here primarily considered as the offender, or rather the offence is attached primarily to the thing.” – The PALMYRA, ESCURRA, Master, 25 U.S. (12 Wheat) 1 (1827) January 15, 1827 APPEAL from the Circuit Court of South Carolina.

The Supreme Court has used this precedent to rule in favor of Civil Asset Forfeiture, notably in BENNIS v. MICHIGAN (1996) Where a woman’s car was seized when her husband was caught In flagrante delicto with a Prostitute in said vehicle.

Ostensibly, the modern support for Civil Asset Forfeiture is rooted in the naive notion that Law Enforcement only confiscates cash and assets from “drug dealers” and then use the proceeds from the assets to fund combating “Drug dealers” and put them out of business. This concept is so fundamentally flawed it defies belief.

This outrageous program should be an affront to every American Citizen. The Notion that Government Agencies can simply take money and property from people who are only  to have committed a crime without any evidence of a crime being committed or even tried for the offence is dangerous to Civil Liberties and violates the public trust. Since the Agencies directly benefit monetarily, their motivation is for gain, not the enforcement of laws and the protection of society. Left unchecked, American Police officers will become like corrupt third-world police officers, and indistinguishable from the criminal element they are supposed to be protecting us from. 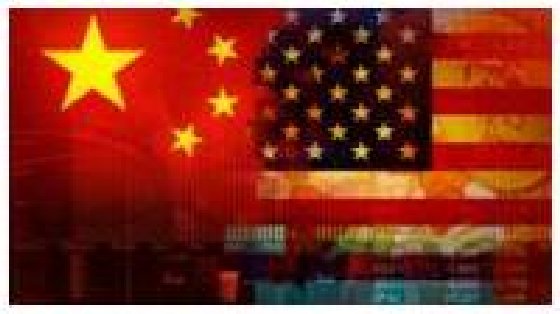 The Chinese are crafty. Employing the strategy, “Don’t shed blood to conquer the world, just buy it,” is proving a winning policy. Stop the tactic and we can win the battle. Do nothing… we lose it all.