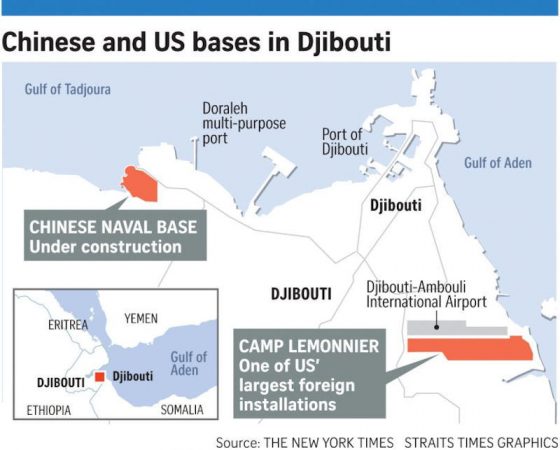 Today, May 20th, Steve Mnuchin, Treasury Secretary announced the Chinese tariffs are on hold, pending some kind of a tentative agreement. Really Steve? This happens as the North Korea Kim/Trump talks are on shaky ground. China wants North Korea to have nuclear weapons, period.

China is a Leninist state. I spent a month on the mainland, I saw it.

A threat to the United States? Yes. To allies? Yes.

China has overtly weaponized those pesky islands with an H-6 bomber aircraft landing on Woody Island. Did President Xi share any of this with President Trump at that confab at Mar-a-Lago? The matter of the South China Sea and those disputed waters and islands is hardly any new threat. It goes back to at least 2014 and President Obama was briefed often on the building Chinese aggression. There was a temporary Asia Pivot by Obama, but it was merely a gesture in retrospect. That Asia Pivot hardly raised any eyebrows in Beijing.

The reason to recall diplomats and expel others from the United States? At least the first one, laser attacks on our U.S. airmen.

8 May 2018 — The two airmen reported symptoms of dizziness and seeing rings. Pointing lasers at aircraft is extremely dangerous. It can temporarily blind pilots, and in the United States it’s a federal offense. While the pilots are expected to make a full recovery, the incident raises questions about how far the United States will allow China to push it without pushing back.

But first let’s back up. What’s everyone doing in Djibouti, a tiny country in eastern Africa? America has a base in Djibouti because of its proximity to Yemen, a terrorist incubator. The 4,000 U.S. troops stationed there are tasked with conducting counter-terrorism operations in the region.

What about China? Well, that’s a little more opaque. China opened its Djibouti base last August, claiming that its purpose is to help with anti-piracy patrols and other peacekeeping missions. It’s supposedly a logistics base, but here’s the thing: China doesn’t have foreign military bases anywhere in the world — except in Djibouti, eight miles from the U.S. base.

But worse… is anyone paying attention outside of Gordon Chang and Steven Mosher? Yes thankfully, Congress is. FINALLY.

I strongly suggest you watch this video and consider how much of it, if not all of it was stolen from the United States.

So, let us consider some of these items shall we?