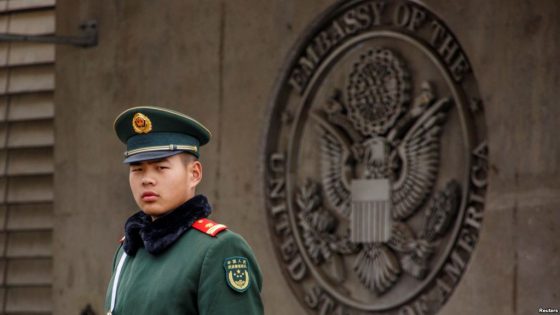 It’s happened again… this time in China. An American government employee who is stationed in southern China is now showing signs of possible brain injury after reporting disturbing sounds and sensations, the State Department said on Wednesday. This is eerily similar to incidents out of Cuba. When they first started happening in Cuba, I said that it was some type of weapon, probably from the Russians or the Chinese and here we are. This employee is suffering now from the same ailments as the individuals in Cuba experienced. The question is… we removed most of our diplomats from Cuba over this, will we do so in China?

The State Department warning was issued through the United States Consulate in Guangzhou, a city in southern China. Americans were advised to seek medical attention if they felt similar symptoms. No other cases have been reported… yet. Someone is obviously targeting American diplomats and it is happening in countries that are unfriendly to us. They are using our people as guinea pigs. “A U.S. government employee in China recently reported subtle and vague, but abnormal, sensations of sound and pressure,” the health alert said. “We do not currently know what caused the reported symptoms and we are not aware of any similar situations in China, either inside or outside of the diplomatic community.” You can bet they know exactly what is going on here and aren’t saying.

The employee, who was working in Guangzhou, “reported experiencing a variety of physical symptoms” from late 2017 until April, Jinnie Lee, a spokeswoman for the United States Embassy in Beijing, said in an emailed response to questions. So, this has been going on for awhile in tandem with Cuba. Secretary of State Mike Pompeo told the House Foreign Affairs Committee on Wednesday that medical teams were heading to Guangzhou to address the issue. “The medical indications are very similar and entirely consistent with the medical indications that have taken place to Americans working in Cuba,” he said.

This does not bode well for our relations with China. Yesterday, North Korea wobbled on the summit meeting with President Trump. It’s rumored that China and Iran are behind the change of heart there. And now the Pentagon has disinvited China from an international military exercise over its militarization of islands in the South China Sea.

The American embassy in China was told today “that the clinical findings of this evaluation matched mild traumatic brain injury,” according to Ms. Lee, who said she could not reveal any more details to protect the employee’s privacy. Mild traumatic brain injury can show up as headache, dizziness, nausea, poor memory and a general foggy sensation. The Chinese Ministry of Foreign Affairs did not immediately answer faxed questions about the ill American, but Pompeo said the Trump administration had asked the Chinese government for assistance in an investigation, “and they have committed to honoring their commitments under the Vienna convention.” Sure they have, just like the Cubans did.

The Vienna convention requires that countries protect diplomats stationed in their nations. Of course, everything is ruled by plausible deniability, isn’t it? So far, our government is not accusing the Chinese of foul play here. But I think it is pretty clear they are suspected of it. Americans already bristle at dealing with communists… this isn’t going to assuage anyone’s trepidation over trade, military dealings or sovereignty. Both countries where the attacks have taken place are communist.

In late 2016, diplomats posted to the United States Embassy in Havana began complaining of hearing strange, wrenching noises and suffering symptoms like headaches, dizziness and loss of hearing. A total of 24 Americans were confirmed as suffering from the attacks, most of them diplomats and some diplomats’ spouses. We still don’t know the cause, but I contend it is sonic weaponry of some sort. The United States has expelled at least 17 Cuban diplomats to underscore its view that Cuba bears some responsibility. Will we follow suit with the Chinese? Unlikely as they hold a ton of our debt. Cuba and China of course are denying any involvement… it’s the Schultz defense… “I know nothing!”

Senator Marco Rubio frequently dismissed the notion that Cuba could have been unaware of what American diplomats termed an “attack.” “The idea that someone could put together some sort of action against them, 24 of them, and the Cuban government not know who did it, it’s just impossible,” Rubio said in a Senate hearing in January. I could not agree more. Rubio also joins in my belief that Russia or China are behind these attacks.

Approximately 2,000 US employees are stationed in China. Diplomats based in the country are probably among the most closely watched by Chinese security services. The Chinese fear spies because that is what they do. The State Department is not taking chances. “While in China, if you experience any unusual acute auditory or sensory phenomena accompanied by unusual sounds or piercing noises, do not attempt to locate their source,” the notice from the consulate said. “Instead, move to a location where the sounds are not present.” Yeah, that’s not exactly helpful or proactive. I suggest they find the source and fast before it’s used on our military or an American population center. 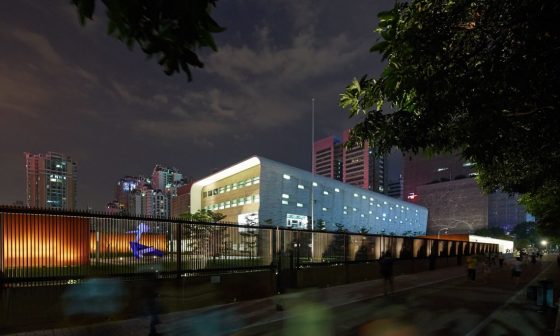 The United States Consulate in Guangzhou, China. The State Department said a government employee posted in the city had reported “subtle and vague, but abnormal, sensations of sound and pressure.”CreditU.S. Department of State