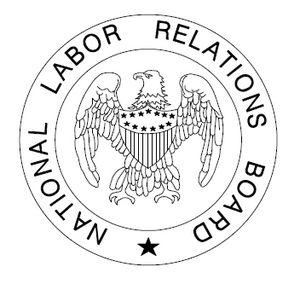 Primer: Why are there unions in the federal government anyway? Anyone?

Highlights from the 2017 data:

–The union membership rate of public-sector workers (34.4 percent) continued to be more than five times higher than that of private-
sector workers (6.5 percent). (See table 3.)

–Workers in protective service occupations and in education, training, and library occupations had the highest unionization rates (34.7
percent and 33.5 percent, respectively). (See table 3.)

–Nonunion workers had median weekly earnings that were 80 percent of earnings for workers who were union members ($829 versus $1,041). (The comparisons of earnings in this release are on a broad level and do not control for many factors that can be important in explaining earnings
differences.) (See table 2.)

In a conference call with reporters on Friday, senior White House officials said the executive orders call back to a promise Trump made at his State of the Union address, in which he sought to empower every cabinet secretary with the authority to award good federal employees and to remove poor performers more quickly.

“Today, the president is fulfilling his promise to promote more efficient government by reforming our civil service rules,” said Andrew Bremberg, the assistant to the president and the director of the Domestic Policy Council. “These executive orders will make it easier to remove poor-performing employees and ensure that taxpayer dollars are more efficiently used.”

One of the executives orders aims to make it easier for agencies to fire poor-performing employees and makes it harder for those employees to hide adverse employment information when seeking re-employment at another agency.

The Government Accountability Office has found it takes between six months and a year, on average, to remove federal employees flagged for misconduct, plus an average of eight more months to resolve appeals.

“Every year, the Federal Employee Viewpoint Survey has consistently shown that less than one-third of federal employees believe the poor performers are adequately addressed by their agency,” Bremberg said.

Under this EO, agencies will be required to report disciplinary actions records and management of poor performers to the Office of Personnel Management.

Data from the Office of Personnel Management shows that federal employees are 44 times less likely to be fired than a private-sector worker.

The Trump administration first sought to make it easier to fire federal employees under the  VA Accountability and Whistleblower Protection Act.

Under that authority, the Veterans Affairs Department, under the first full year of the Trump administration, fired 2,537 people — about 500 more federal employees than the agency let go in 2016.

A second executive order would significantly reduce the amount of time that federal employees can be paid for union work while on-the-clock.

Under the executive order, federal employees would not be able to spend any more than 25 percent of their work hours on through official time.

The executive order calls on agencies to renegotiate contracts with labor unions and reduce official time by about two-thirds.

A third executive order would curtail the labor contract bargaining window between government and unions.

The terms of regotiated contracts would be overseen by a new Labor Relations Working Group, which the EO orders OPM to establish.

In addition, the executive order would require federal union contracts be posted to an online database, with the goal of promoting transparency.

Elevating federal workforce? Or an ‘assault’ on feds?

OPM Director Jeff Pon said the executive orders will protect federal employees who are doing their jobs, while making it more efficient to remove those who are not.

“By holding poor performers accountable, reforming the use of taxpayer-funded union time, and focusing negotiations on issues that matter, we are advancing our efforts to elevate the federal workforce.  The vast majority of our employees are dedicated public servants who are dedicated to their missions and service to the American people.  It is essential that we honor their commitment, and these measures reflect just that,” Pon said in a statement.

J. David Cox, the president of the American Federation of Government Employees, said the president’s trio of executive orders would chip away at federal employees rights.

“Rather than promote efficiency in the federal sector, the administration is demanding federal workers lose their ability to challenge unfair, arbitrary and discriminatory firings and other actions. This would begin the process of dismantling the merit system that governs our civil service,” Reardon said in a statement.

“These reforms will improve accountability and productivity in the federal workforce, and I applaud the Trump administration for taking action to restore the public interest as the top priority of government operations,” Johnson said.

Sen. James Lankford (R-Okla.), the chairman of the Regulatory Affairs and Federal Management Subcommittee, said the EOs would reign in employee unions’ influence over government operations.

“These executive orders strive to make the federal government more efficient, not only for the taxpayer, but for our great federal workers. We have thousands of federal employees who work very hard for the nation; it’s important that their work is not frustrated by the poor performance of a small few,” Lankford said.