Right now Steve Phillips/Color of Change and their network of “progressive” allies  are deploying millions of dollars and thousands of Get Out The Vote activists into the 5 key states: North Carolina, Georgia, Florida, Texas and Arizona. While Republicans are focusing on the Midwest, the far left are making huge inroads into their soft underbelly in the South.

San Francisco lawyer and Democratic Party “mover and Shaker” Steve Phillips has a plan to install a de facto “one party state” in this country. Barack Obama, Steve Phillips and “Brown is the New White” 2016

Inspired by the plan for a “New Progressive Majority” created in the ’80s by his old comrades in the pro-China League of Revolutionary Struggle, Phillips is using his wealth and influence to create a “New American Majority.” This will be a coalition of “progressive whites” and “people of color” working through the increasingly dominant left wing of the Democratic Party. Phillips believes that demographic changes have already created this majority and if correctly harnessed, it will soon become unbeatable.

Steve Phillips has a plan to make that happen. He is implementing it through his new group Democracy in Color. “Return of the Majority: A Roadmap for Taking Back Our Country” is a “detailed plan calling for Democrats and progressives to spend $1 billion over the next four years focusing on mobilizing 10 million new voters — primarily people of color and progressive whites — to the polls in the 17 closest battleground states where Democrats won or lost the 2016 presidential vote by single-digit percentages.” This national initiative was unveiled in March 2017 by Democracy in Color—a multimedia platform on race and politics—founded by Steve Phillips, author of The New York Times bestselling book Brown Is the New White.It is designed to help progressives and Democrats win back the White House and down ballot offices by 2020 by calling on progressives nationwide to support voter mobilization groups in specific states and counties, especially those that mobilize voters of color.

The Democratic Party wasted millions of dollars during the 2016 election cycle on TV ads, most of which were targeted at white swing voters, instead of on field operations aimed at existing New American Majority voters who helped re-elect Obama in 2012. The “Future Five States” to focus on are: Arizona, Florida, Georgia, North Carolina and Texas. These states are trending Democratic as the population of these five states is on the rise, especially the people of color populations.

Phillips’ argument is that the South is vulnerable and can be taken back for the Democrats by signing up hundreds of thousands of minority voters. No more massive add buys to swing a handful of white “swing” voters. No going back to the center. Spend those millions instead on paid local teams organizing in Black, Latino, native American, Muslim and “poor white communities.

More Obama voters defected to third- and fourth-party candidates than the number who supported the 2016 Republican presidential candidate. The way for Democrats to win them back is by being more progressive, not less. Sending support to Frontline groups and individuals on the Frontlines of the struggle can be done for a fraction of the cost of what is traditionally spent on political campaigns. Every two years, the Democratic Party committees and allied outside groups spend in excess of $500 million. Traditionally, most of that money goes to television ads targeted at white swing voters.

In order to win in 2020, and in the coming months and years, we need a disciplined, effective, large-scale electoral operation that is rooted in and led by community-based organizations and leaders in all of the critical areas in the ten states that we lost by single digits (and, to a somewhat lesser extent, the seven states we won by single digits or less).

The Phillips/Color of Change strategy worked to move once red Virginia into the purple column. It worked to defeat a very vulnerable Roy Moore in last December’s US Senate race in Alabama. And it worked in spades with Steve Phillips protege Stacey Abrams’s recent landslide (76% – 23%) victory in the May 2018 Georgia Democratic gubernatorial primary.

Right now, Steve Phillips/Color of Change and their network of “progressive” allies are deploying  millions of dollars and thousands of Get Out The Vote activists into the 5 key states: North Carolina, Georgia, Florida, Texas and Arizona. While Republicans are focusing on the Midwest, the far left are making huge inroads into their soft underbelly in the South.

Democracy in Color and their allies are pouring huge amounts of money into allied organizations in targeted states. Most of these organizations are controlled by the hard left. Southern Election Fund is a spinoff of Steve Phillips’ PowerPAC+. Blueprint North Carolina is heavily influenced by the pro-North Korean Workers World Party. The New Florida Majority, Florida Immigrant Coalition and the Ohio Organizing Collaborative are all closely affiliated with the pro-China Freedom Road Socialist Organization.

North Carolina, Florida and Arizona are all very vulnerable in 2018 and 2020. Georgia and Texas are both trending blue and may lose Congressional seats to the Democrats in both elections. Even Republican Ted Cruz’s rock-solid Senate Texas seat is looking just a little shaky.

If Democracy in Color and their allies call steal enough seats out of the South and other targeted states in 2018 to regain control over the House in 2018, the Trump Presidency will almost certainly be doomed in 2020.

The Phillips cabal already has their Presidential candidate shortlist prepared for 2020.

If their candidate wins, the Constitution will soon follow the GOP into extinction.

Look for Part 8 coming soon: “ Steve Phillips Works With 40,000 Communists And Socialists To Take Over The Democratic Party”

A book entitled “The Rainbow Conspiracy” will be released in October 2018. President Trump teased the outstanding job numbers before they were made public, potentially impacting insider trading. The mainstream media predictably went berserk, claiming that Trump “broke with tradition” and challenged anyone to find any other President who would dare to do such a thing. Of course, Obama repeatedly teased DISMAL job numbers before they were made public. Instead of touting the outstanding job numbers, which reflected a “net increase of 223,000 jobs reflected healthy gains in a broad range of industries, from manufacturing and transportation to health care and retailing,” the mainstream media focused on a tweet.

Once again, the mainstream media shows that their rabid hatred of President Trump endures despite all facts.

The Huffington Post reported, in an article professionally titled “Trump Leaked Sensitive Info From The May Jobs Report, And That’s A Big Effing Problem” that President Trump “scored cheap political points this morning by undermining trust in the U.S. economy.” The Fake News outlet cited Justin Wolfers, a professor of economics and public policy at the University of Michigan and an adviser to the Congressional Budget Office, who “said the president’s disclosure is unprecedented both in the U.S. and among his counterparts in other developed countries.”

In an article posted at the Washington Post, titled “Trump breaks with decades of protocol with tweet before release of jobs report,” authors Damian Paletta and Ashley Parker lamented that President Trump “shattered several decades of protocol — and possibly violated a federal directive — by hinting strongly that the monthly U.S. jobs report would be a rosy one 69 minutes before its release.”

President Trump broke with a series of norms and traditions this week, including tweeting about the jobs report before the data went public. https://t.co/y0opZV8GwD

Could Ari Melber, host of MSNBC’s The Beat, be any more condescending?

“The Republican National Committee responded to the criticism of Mr. Trump on Friday afternoon by flagging an evening speech by President Barack Obama on Feb. 5, 2009, the night before the first jobs report release of Mr. Obama’s presidency.”

And then they just kept bashing President Trump:

Trump hinted at a strong jobs report ahead of its release — here’s why that’s a problem https://t.co/tuRLjSmx5K pic.twitter.com/b8bTDVg2MG

Pres. Trump’s tweet previewing the May jobs report raised alarm bells among some economists and former government employees over whether he may have violated longstanding government protocol. https://t.co/05riHcIP1u pic.twitter.com/ewcNNoDwYQ

Last night, Trump was likely given the #JobsReport numbers which are considered classified until release. (https://t.co/QhbxMfA8Ex )

7:21 AM: Trump tweets about the jobs report before they are public.@Austan_Goolsbee says this could be illegal.#FridayFeeling pic.twitter.com/UIlkIKS57m

With his tweet previewing the jobs report this month, President Trump tipped off traders and may have violated a major 1985 law. https://t.co/TAk1Zk3w6S

At bare minimum, just by mentioning the jobs report, Trump seems to have violated an obscure federal rule from 1985: https://t.co/zvT6rY1Xxc pic.twitter.com/7MsAAdwc8w

Sarah Sanders confirmed he was briefed in advance https://t.co/j0v1Kbnxkp

Trump Leaked Sensitive Info From The May Jobs Report, And That’s A Big Effing Problem

This is the first time a president had ever sent a signal to investors about what the jobs numbers might look like an hour before they came out. https://t.co/M8PaXsHnhg

On  February 5, 2009, Obama had this to say during the House Democratic Caucus Issues Conference (archived):

For you, these aren’t just statistics. This is not a game. This is not a contest for who’s in power and who’s up and who’s down. These are your constituents. These are families you know and you care about. I believe that it is important for us to set aside some of the gamesmanship in this town and get something done.”

And that was not the only time Obama teased a dismal jobs report:

A day before the Jan 2009 jobs report was released in Feb 2009, Obama said “tomorrow we are expecting another dismal jobs report” which is more specific to what Trump said. cc @LHSummers pic.twitter.com/sy0odNy8iM

The GOP put together a video showing the mainstream media hypocrisy.

Presumably, the mainstream media is either A.) stupid/lazy or B.) complicit.

President Trump should not be teasing good job numbers as it will impact the markets, but the point is that the media ignored Obama’s repeated warnings about dismal numbers before the job numbers were officially released.

This author suspects that the real anger at Trump is less about his tweet and more about the fact that the jobs numbers are so spectacular.

At 3.8%, the unemployment rate has fallen to its lowest point since April 2000. And hasn’t been lower since 1969. HISTORIC! The Trump administration will keep fighting to create even more jobs for the American people! https://t.co/jcP63968cD 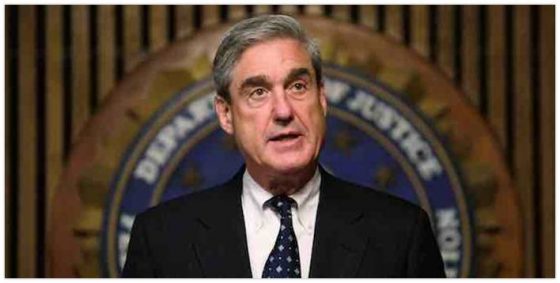