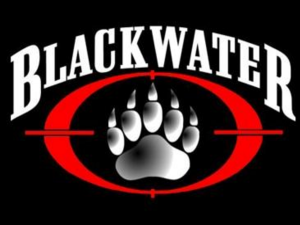 With seemingly “nothing to hide,” why is the government hiding evidence about who was in Baghdad’s Nisour Square on September 16, 2007? It’s unethical – not to mention illegal – to withhold information that might right a legal wrong.

Many equate Blackwater’s involvement in the Nisour Square incident of 2007 to the death of innocent civilians. Some have even questioned whether a security team had actually received incoming fire before executing what they’d been hired to do: provide security and protection to a diplomatic team in Baghdad.

Erik Prince, founder of Blackwater, says it is unquestioned the security team had taken fire, “because there was an incoming round that disabled one of the State Department armored vehicles. When an AK round skips off the pavement, severs a drain hose for a radiator in one of the vehicles, and then the bullet is found lodged in the radiator, you can say conclusively they were taking incoming fire.”

One has to ask, exactly who was killed on this fateful day in November 2007 – and which so-called civilian(s) was carrying an AK-47 on this fateful day of September 2007? The government has maintained that members of Blackwater’s Raven 23 team were involved in a varying number of deaths to innocent civilians, while contending there were no insurgent or terrorist groups present.

Surprisingly, on May 29, 2018, Nicholas Slatten – a team member who is now serving a life sentence – and his legal team filed an expedited request for a “motion to compel immediate production of intelligence files reflecting that alleged victims or Iraqi officers are affiliated with insurgent or terrorist groups.”

Will the motion uncover facts the government has brushed aside since Day 1 of this lengthy trial? Do the alleged victims or Iraqi police officers who were present during the firefight or the investigation have ties to insurgent or terrorist groups? The government is required to reveal this highly exculpatory intelligence information, whether it is admissible or not. The immediate production of this evidence is necessitated by the Due Process Clause.

The Department of Justice produced no information pursuant to similar requests prior to Slatten’s 2014 trial. Thus, the defense sent a request for discovery to the government on February 2, 2018, yet the government took months to reply to multiple follow-up inquiries. On May 25, 2018, the government finally responded by not confirming or denying the information actually exists. On the same day, they also filed an under seal ex parte motion with the judge seeking protection under the Classified Information Procedures Act (CIPA) not to disclose.

Why file under CIPA? Is the government hiding evidence about who was in Nisour Square on September 16, 2007? Prince says, “There’s nothing that’s worth keeping classified 11 years later, particularly when American citizens’ lives are hanging in the balance.” He believes “it is disgusting that the Justice Department would be slow-rolling on that. Even if they receive a court order, it will go to one of the other intelligence functions – whether it’s the Department of Defense or CIA. And they never like to give up anything for any reason – even to help their own people.”

Continuing, he suggests, “This speaks to the gross unresponsiveness of the permanent state bureaucracy, and that is a problem for the country.” This is exactly how things get slow-rolled, he says.

Since the first trial of this case, not only have numerous errors been made by the government, but they have also repeatedly argued that not one of the victims was anything other than an innocent civilian, which feeds to the circumstantial massacre claim. If these are indeed the facts of the case, then why file the ex parte motion to avoid answering the question about the involvement of insurgent or terrorist groups?

Jury selection for Slatten’s retrial is currently scheduled to begin on June 18, 2018. While the government refuses to confirm or deny there are any insurgent or terrorist ties to the Nisour Square incident, it is most probable they will continue to maintain the deaths or injuries are only attributed to unarmed innocents – which has clearly become a prejudicial claim against Slatten. When evidence or information is so openly suppressed, how can the defense expect a fair trial?

Withholding this kind of information is clearly a blatant Brady violation (Brady v. Maryland), as the prosecution is supposed to be required to provide exculpatory evidence to the defense as soon as it becomes available. Additionally, if those present in Nisour Square on the day of the shooting are, in fact, associated with insurgent or terrorist groups, this would completely discredit them as witnesses according to Giglio v. UnitedStates in addition to nullifying the massacre claim. These violations undoubtedly threaten the reliability of investigations conducted by the Iraqis and the FBI.

With a pending retrial for Slatten, these very distinct issues are gravely important as he remains incarcerated after his first conviction was overturned, which resulted in a life sentence. If the government can’t clearly define who was being shot at on September 16, 2007, how is this fair for the defendant who could have, in fact, been shooting a terrorist while upholding his contracted State Department assignment to protect a U.S. diplomat? The defense deserves answers.

In court transcripts, the judge stated the Iraqis deserved justice. Slatten also deserves justice. It’s up to the judge to ensure he gets it by forcing the government to turn over the intelligence it is holding onto.

J.M. Phelps is a Christian activist and journalist based in the Southeastern U.S. He is also editor and publisher of the website Lantern of Liberty.

2 thoughts on “Why are feds trying to hide info on Blackwater?”