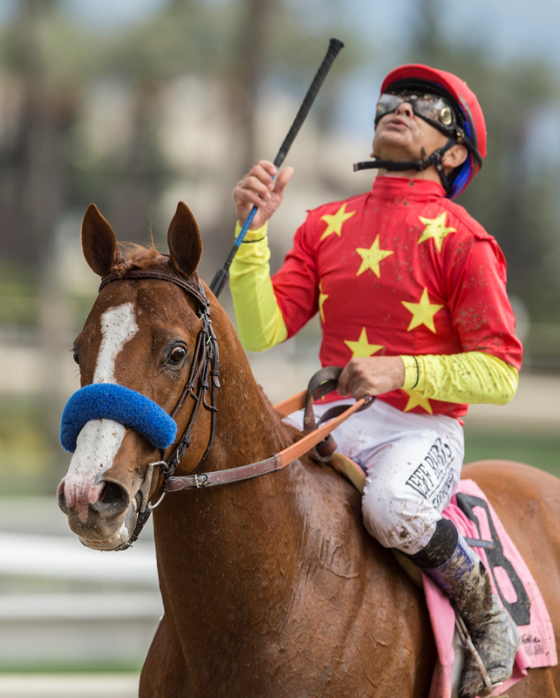 Seems nothing is sacred from globalism including horse-racing, especially when one investor is a rogue nation and the other is a rogue person. Sigh…

So, meet the China Horse Club founded by Teo Ah Khing. Born in Malaysia, he is apparently an acclaimed architect, entrepreneur and horse breeder. He has been a senior adviser to heads of state including the Prime Minister of Malaysia, Mohamed, Musharrafh, the President of Pakistan and Sheikh Mohammed bin Rashid al Maktoun of the United Arab Emirates. 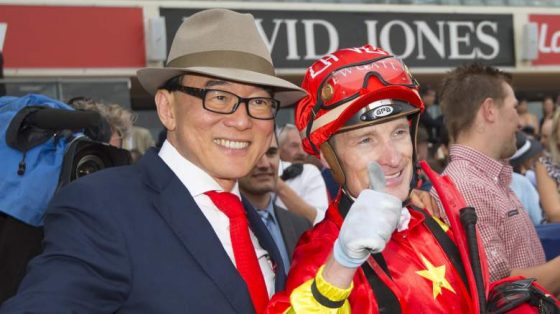 Then we have George Soros. Soros controls operations in SF Bloodstock and SF Racing Group. Okay, read on… and decide whether or not to bet on Justify to win the Triple Crown.

Kentucky: If the strapping chestnut colt Justify wins the Belmont Stakes on Saturday to become just the 13th horse in history to claim horse racing’s Triple Crown, two of the three groups that have an ownership stake in the horse’s breeding rights will be front and center during the celebration.

WinStar Farm, one of North America’s leading Thoroughbred racing and breeding operations, owns 60 percent of Justify’s breeding rights. China Horse Club owns 25 percent. A third group, a secretive entity that holds the remaining 15 percent, will remain out of the spotlight because it vigorously avoids any public attention. It is a company controlled by top employees of billionaire investor George Soros.

Soros’ connection to Justify, which was not previously reported, has garnered little notice in the sport despite the horse’s rousing success in the Kentucky Derby and the Preakness Stakes because his group tries to operate almost invisibly. Several officials, who sit atop one of the biggest owners in stallion equity in the world, declined to comment about Soros’ involvement in horse racing through his fund. 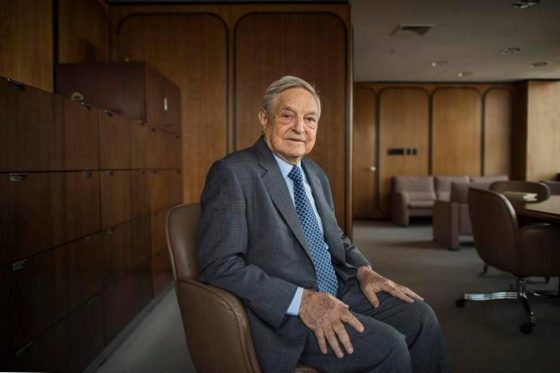 George Soros at his Open Society Foundations office in New York, May 27, 2014. If the strapping chestnut colt Justify wins the Belmont Stakes on June 9, 2018, to become just the 13th horse in history to claim horse racing’s Triple Crown, three groups have an ownership stake in the horse’s breeding rights, and one of them is a company controlled by top employees of Soros. Joshua Bright The New York Times

SF, which is also a part-owner of Newgate Farm in Australia, has breeding stock in the United States, Australia, England, Ireland and France. It could not be determined how much money Soros’ firm has committed to the horse racing business.

SF Bloodstock, which according to court filings is owned by SF Agricultural Holdings LLC, employs a for-profit model and focuses on the breeding side of the industry, purchasing stallions, or shares in them, and broodmares while selling yearlings at auction. In 2015, it entered into a three-year partnership with WinStar Farm and China Horse Club that allowed them to spend big while spreading risk at yearling and 2-year-old sales. That is how the group partly acquired Justify and the third-place Kentucky Derby finisher Audible, but it quickly sold its racing rights in those horses to Head of Plains Partners and Starlight Racing.

“To me, and the couple guys that I do this with, it’s more fun to be in the winner’s circle when Justify wins the Derby holding the trophy,” said Sol Kumin, a hedge fund executive who runs Head of Plains. “So you kind of have to pick. If this became my full-time job, which it won’t, I would have a different program, focusing more on the stallion business and breeding. Now we still want to make money, and so far we’ve done well, but it’s hard.”

Just days after Justify’s Preakness victory, chatter began to surface about a $60 million deal with the rival farm Coolmore for his breeding rights. The deal is believed to include a bonus of about $25 million if he were to win the Triple Crown and would allow the partners to retain some shares and lifetime breeding rights in the horse. It was agreed to before the Preakness, people familiar with the deal said.

But Elliott Walden, Winstar’s president and chief executive, said a deal had not yet been completed. The partners might wait until September, when it will have owned Justify for two years, to complete a deal so they become eligible for the lower tax rates associated with capital gains.

Henry Field, head of SF’s Newgate Farm, and Eden Harrington, vice president of China Horse Club, are graduates of the Darley Flying Start program, a management and leadership training program for the industry, and have each worked for Coolmore.

American Pharoah, who in 2015 became the first horse in 37 years to sweep the Triple Crown, stands at Coolmore’s farm in Versailles, Kentucky, in the spring. He then shuttles to its Australian farm for the fall breeding season. In the past couple years in the United States, he was commanding about $200,000 per live foal that stands and nurses. Producing an average of 150 live foals from the breeding season in Kentucky, American Pharoah is racking up more than $35 million in stallion fees there. He commands about $50,000 per live foal in Australia.

WinStar, meanwhile, stands American Pharoah’s sire, Pioneerof the Nile, for $110,000 and will likely add Audible, the Florida Derby winner, to the mix.

Bradley Weisbord, who runs BSW Bloodstock, which manages Kumin’s stable along with several others, said that while a deal had not been completed, from an industry perspective, it made sense.

“Kenny Troutt has always run his WinStar Farm as a business,” he said of the owner of WinStar who made his fortune from a long-distance phone company that used a multilevel marketing approach. “On the flip side, Coolmore has always wanted the best.”

He continued: “Sure, it’s probably a tough decision for him and he’s probably going through it thinking, ‘Do I sell or do I keep him,’ but WinStar, SF, China Horse Club, they are traders, and there is a number where it becomes the perfect bloodstock deal, and that is when the buyers and the sellers both walk away with a smile on their face.”

Soros is one of the world’s most successful investors, who might be best-known for his bet in 1992 against the fortunes of the British pound. Soros is said to have made more than $1 billion by shorting the pound — a move that cemented his reputation as one of the shrewdest currency traders. Read the rest of the item here.

Democratic Socialists of America locals all over the country have been holding “Bowlathons” to raise money for abortion clinics.

But nobody has raised as much to get rid of those pesky fetuses as Chicago DSA’s all girl “Bowletariat” team.

The CDSA Bowletariats seized the means of reproduction and raised $10,243 for abortion access! That’s more than any other team has ever raised for Chicago Abortion Fund! We had a great time bowling today & are looking forward to next year’s National Network of Abortion Funds #Bowl18!

“Seized the means of reproduction” – get it? How cute. Aren’t you just so proud of these girls?