Justice Goodwin Liu is an Associate Justice of the California Supreme Court. He was confirmed to office by a unanimous vote of the California Commission on Judicial Appointments on August 31, 2011, following his appointment by Governor Jerry Brown on July 26, 2011. Before joining the court, Justice Liu was a Professor of Law and former Associate Dean at the UC Berkeley School of Law (Boalt Hall).

The son of Taiwanese immigrants, Justice Liu grew up in Sacramento, where he attended public schools. He went to Stanford University and earned a Bachelor’s degree in biology in 1991.

At Stanford, Goodwin Liu worked on the student paper and served in student government in the Council of Presidents. Liu was elected on the Peoples Platform, the Stanford electoral wing of the pro-China League of Revolutionary Struggle. He served on the COP with fellow Peoples Platform activist Ingrid Nava, a well-known League of Revolutionary Struggle supporter, and Jay Tucker of the radical Black Student Union. 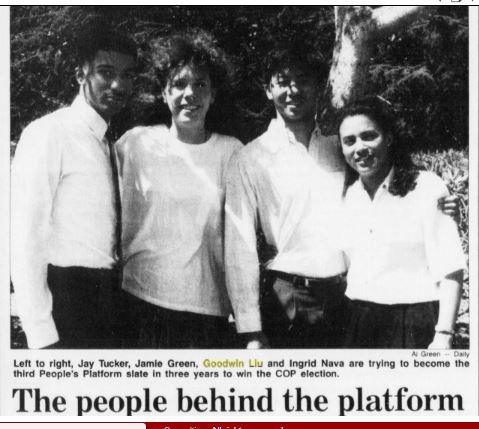 Liu went on to Oxford University on a Rhodes Scholarship and earned a Master’s degree in philosophy and physiology. Upon returning to the United States, he went to Washington, D.C. to help launch the AmeriCorps national service program and worked for two years as a senior program officer at the Corporation for National Service.

Liu graduated from Yale Law School in 1998, then clerked for Judge David Tatel on the U.S. Court of Appeals for the D.C. Circuit and then worked as Special Assistant to the Deputy Secretary of the U.S. Department of Education, where he developed and coordinated K-12 education policy. He went on to clerk at the U.S. Supreme Court for Justice Ruth Bader Ginsburg during the October 2000 Term.

On February 24, 2010, President Barack Obama nominated Goodwin Liu to fill a vacancy on the U.S. Court of Appeals for the Ninth Circuit.

On May 26, 2010, this country’s most influential China lobby group, the Committee of 100, issued a statement in support of U.S. Senate confirmation of Goodwin Liu. Committee Chair John Chen said, “C-100 urges the Senate to confirm Professor Goodwin Liu. His ascension to the bench would signal that talented people of all backgrounds are integral to our justice system.”

For more than a year, Liu’s nomination languished, amid significant opposition from Republicans in the U.S. Senate. On May 19, 2011, the Senate rejected cloture on Liu’s nomination in a 52–43 vote and on May 25, 2011, Liu informed President Obama that he was withdrawing his name from consideration.

Justice Liu serves on the California Access to Justice Commission, the governing board of the American Law Institute, the Committee on Science, Technology, and Law of the National Academy of Sciences and the American Bar Association Task Force on Financing Legal Education. He has previously served on the Board of Trustees of Stanford University and the Board of Directors of the Alliance for Excellent Education, the American Constitution Society, the National Women’s Law Center and the Public Welfare Foundation.

Goodwin Liu was married to Ann O’Leary, a senior policy adviser in Hillary Clinton‘s 2016 Presidential Campaign. On August 30, 2016, O’Leary and Liu announced in a joint statement that they were separating, as Liu had entered into a relationship with Jane Kim. An extreme leftist, Jane Kim, who is also a Stanford alumni, is now a leading contender for the Mayoralty of San Francisco. 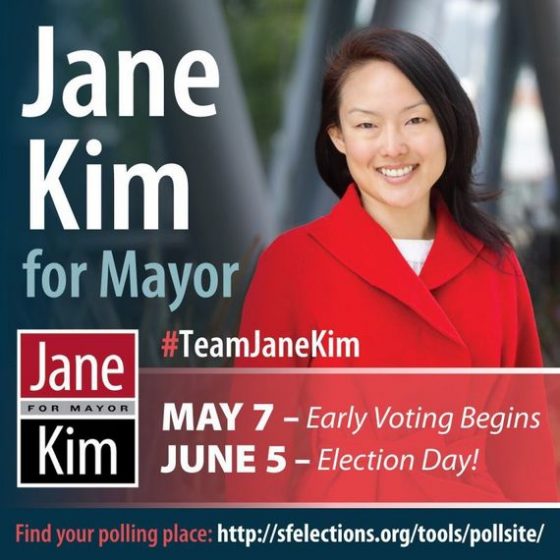