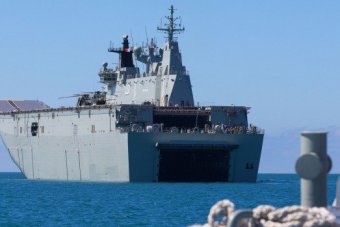 Photo: The HMAS Adelaide is expected to be carefully scrutinized by its temporary neighbor. (File Photo: CPL Kyle Genner)

The Chinese are relentless in all parts of the world.

It may not have looked like much of a match — or a showdown for that matter — but when Australia’s largest warship HMAS Adelaide arrived at the Fijian port of Suva on Saturday, it had an interesting neighbour.

The Royal Australian Navy suspects the Chinese vessel is a spy ship, which deliberately arrived at the same time to carry out surveillance on the Australians.

HMAS Adelaide and other Australian warships visiting Fiji will “take the appropriate security precautions”, but the surveillance craft is “just another ship”, Captain Jim Hutton, Commander of the Navy’s Joint Task Group 661, said.

Deputy Chief of Navy Rear Admiral Mark Hammond also played down concerns about the presence of the Chinese vessel.

“That’s a space surveillance ship, it’s a scientific ship,” he told reporters on board HMAS Adelaide.

ABC News understands the primary purpose of the Chinese ship is to track satellite launches from out on the ocean, but it does have the capability to also collect intelligence on other naval vessels.

Australia’s High Commissioner to Fiji John Feakes also revealed the skipper of the Chinese vessel had even been invited to an on-board reception, although it is not clear whether the offer was accepted.

Australia’s Navy, like every navy around the world, is well-versed in these sorts of nautical games.

“If you’re in the Navy you presume that anytime that a fishing vessel or even merchant fleets of nations like China are around that they may have a dual purpose,” ANU academic and retired Australian Naval Commodore Richard Menhinick said.

“You just presume that they may well be tasked by government for other activities.”

Chinese presence — both commercial and military — is common in the South Pacific.

Agriculture and aquaculture projects in Vanuatu, Fiji, Tonga and other Pacific nations have been given significant help by the Chinese over the years, as have roads, ports and other infrastructure.

Audio: Chinese spy ship tipped to dock next to HMAS Adelaide in Suva (AM)

When you have more than 1.3 billion people back home to feed, finding secure food supplies are critical.

As China grows, Mr Menhinick said it was not surprising that the nation’s presence in the Pacific was also increasing.

“China’s a rising power… economic power’s always led and the military’s followed, and the Chinese economic interest in the south-west Pacific has increased substantially over the last fifteen year,” he said.

But Australia and its strategic partners are anxious China does not use its presence to jeopardise regional structures — political, economic and diplomatic.

Now a visiting US General has given the strongest public indication yet that his nation would like Australia to join in naval and air patrols to challenge Beijing’s claims in the South China Sea.

Asked whether joint American-Australian patrols would be welcomed by America, the commander of US Marines in the Pacific, Lieutenant General David Berger gave an enthusiastic response.

Meanwhile, all eyes are on Singapore…. but in advance of the talks between the United States and North Korea in Singapore, there was a LOT of nefarious activity. 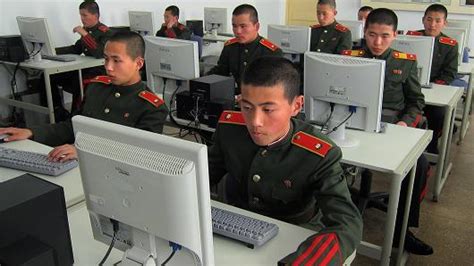 Independent: Hackers from China and Russia are targeting South Korea with cyber espionage attacks ahead of the summit between the US and North Korea, a leading security firm has claimed.

The foreign ministry and financial institutions were identified as potential targets by, US cyber security firm FireEye.

The company’s analysts noted the timing of the attacks and said they expected the intensity of the operations to increase in the build up to the historic meeting between US President Donald Trump and North Korean Chairman Kim Jong-un.

“South Korea has frequently been the target of cyber espionage. Though the biggest threat is North Korea actors. [FireEye] believes that China- and Russia- [based hackers] also target South Korea,” Ben Read, a cyber espionage analyst at the firm, told The Independent.

“With the heightened attention to inter-Korean relations in the lead up to a potential Trump–Kim meeting, we expect this targeting to continue at an increased pace.”

Scheduled to take place on 12 June in Singapore the leader are expected to discuss the denuclearisation of North Korea.

It will be the first meeting between a sitting US president and leader of North Korea.

Some experts have suggested that a formal end to the  Korean War – more than six decades after the 1950-1953 conflict – could be declared.

Although an armistice was signed, no peace treaty has ever been signed to formally end the war.

The two hacking groups identified by the FireEye researchers were TempTick and Turla, both of which are suspected of being state-sponsored operations.

TempTick has previously been involved in attacks on Chinese dissident organisations, as well as Japanese public and private sector institutions. It has been active since 2009.

The earliest known attacks linked to the group known as Turla are from 2006.