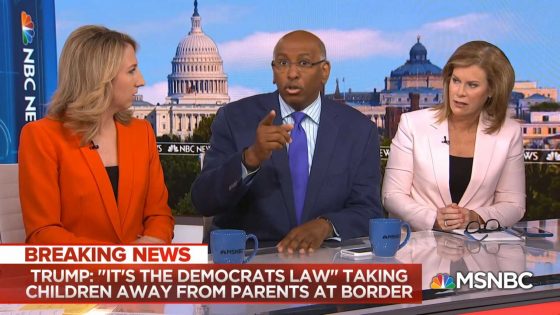 It doesn’t get much more ludicrous than this. The Marxist left is now using the Holocaust as a new talking point on illegal immigration. One after another, they are comparing President Trump’s immigration policies to Hitler. The Nazis killed millions, Trump has killed no one. He certainly wasn’t the one who put in place the policy of separating children from their parents at the border. You can thank previous administrations for most of that. Not to mention the fact that when the children are separated from their parents while their cases are adjudicated, they are placed in a comfortable room with a soft bed, clean clothes, hot meals, education and medical treatment for approximately three weeks while their paperwork goes through. They aren’t put in dog cages – that was Obama, not Trump.

Two hacks pretending to be analysts on MSNBC falsely claimed on Friday that the Trump administration is operating concentration camps for illegal immigrant children who are separated from their parents. That is just obscene and a loathsome insult to the families of those who have lost loved ones in actual concentration camps and gulags… all run by communists, who are the ultimate leftists. Guests Stephanie Cutter and Michael Steele made the remarks, which went completely unchallenged by host Stephanie Ruhle. You remember Michael Steele, right? He used to head up the RNC… yep, he’s a Republican. Shame, shame on him. What a leftist tool he’s become.

Cutter was a high-level official in Barack Obama’s 2012 presidential campaign and she claimed that what the Trump administration is doing was not the law, just merely their “interpretation” of the law. Not true. “We can’t find a solution to this problem without harming children? Without putting them in concentration camps?” Cutter asked, according to the Free Beacon. Again, there are no concentration camps and she damn well knows it. The Democrats are blocking the law being changed that would keep these children with their parents, not the Republicans. They are lying through their teeth and trying to lay the blame on the right to hurt President Trump.

All of them are doing it. For Pete’s sake, Ted Cruz and Jimmy Kimmel played a basketball match yesterday for charity and Kimmel taunted Cruz using these talking points during the game. I’m glad to say that Kimmel lost. Figures that Kimmel would use cheap lying political talking points at a game that was supposed to be non-political and for charity. He’s a sore losing piece of Hollywood trash.

Steele turned the rhetoric up a notch, warning Americans that their children could be next. “I call this a concentration camp for kids,” Steele said. “When you give kids 22 hours of lock-up time and two hours of airtime, what else can it be? And if this is where this country’s going, the American people need to wake up and pay attention, because your kids could be next.” Just despicable. He should be persona non grata in the GOP from now on.

And then there is former CIA and NSA chief Michael Hayden who was lambasted by thousands on social media after what he said this weekend. He had the gall to compare the Trump administration’s immigration policies to Nazi concentration camps that were used to murder millions of Jews during World War II. Yep, he went there. This is the kind of ‘leader’ we had in intelligence under Bush and Obama. The comparison came less than 24 hours after the MSNBC outrage over throwing children into concentration camps. “Other governments have separated mothers and children,” Hayden wrote on Twitter, attaching a black-and-white image of Auschwitz, the most notorious Nazi concentration camp. 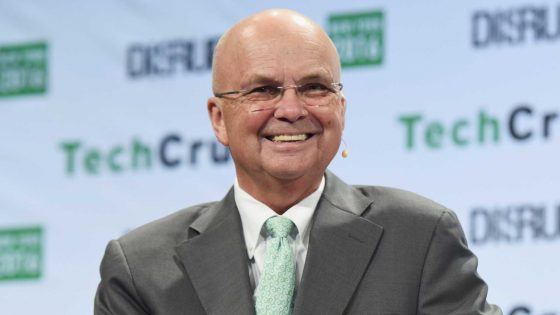 Hayden, who served as CIA director under former President George W. Bush, did not specifically mention the controversial Trump administration policy. However, it’s clear Hayden’s strong message was directed toward it. Trump’s “zero tolerance” policy on illegal immigration means that children will be separated from their parents at the border, just as they were under Obama and Bush. However, where they are staying is far better than it was under previous administrations. And Trump wants it to stop so the children can stay with their parents. Follow the law here just like we do with anyone else. The children should be deported with their parents who illegally sneak in. That’s the bottom line here. They are not political weapons for the left to get their way to open our borders so they can have a permanent Marxist voting base.

Hayden is not the first high-profile figure to compare the policy to Nazi Germany. MSNBC’s Joe Scarborough started all of this on Friday. The White House is furious and immediately responded to the lie.

“You won’t be shocked in the least to know he was referring to the Thursday White House press briefing where Sarah Sanders gave CNN’s Jim Acosta and Playboy Magazine’s Brian Karem a spanking over making dishonest statements concerning illegal immigration, the border and separating children from parents. Scarborough accused Sanders of lying on his “Morning Joe” program. “So why is she lying this much?” Scarborough asked. “I know children are being ripped from their mother’s arms, even while they’re being breast-fed. I know children are being marched away to showers, marched away to showers. Being told they are — just like the Nazis — said that they were taking people to the showers and then they never came back,” he said.”

The White House had this to say:

“It is appalling that Joe Scarborough would compare sworn federal law enforcement officers— who put their lives on the line every day to keep American people safe— to Nazis,” White House Deputy Press Secretary Hogan Gidley said in a statement provided to Fox News. “This is the type of inflammatory and unacceptable rhetoric that puts a target on the backs of our great law enforcement.”

“It is also horribly insulting to the memory of the 6 million Jews who perished in the Nazi Holocaust. Not only is Scarborough’s rhetoric shameful, but his facts are categorically false. When American citizens break the law, they are separated from their children and prosecuted. It’s unclear why Scarborough believes that illegal aliens are entitled to more rights than those afforded to American citizens. While Scarborough is quick to launch into his straight-to-camera outrage over the temporary separation of illegal alien families, he has never shown similar outrage for the permanent separation of American families forever torn apart from their children, who were killed by criminal aliens as a result of Democrats’ open borders policies,” Gidley continued.

“If Joe Scarborough actually cared about keeping illegal alien families together, he would use his platform to support the Trump Administration’s efforts to close loopholes in federal immigration law,” the statement said.

This is the left weaponizing the media, leftist analysts and anyone else they can dredge up to take a swing at President Trump on illegal immigration. We need to stand strong on this issue because the very freedom and existence of our country depends on it. The Democrats are trying to bludgeon us to death with mocked up scenes of the Holocaust and concentration camps using ‘poor children’ and religion as weapons. But no one is buying it and what they are doing is hitting themselves over the head repeatedly. The blunt truth is if these people did not break the law, they would not be separated from their children at all. I am disgusted by all of this and America is as well.

Other governments have separated mothers and children pic.twitter.com/tvlBkGjT0h

Hard to believe a man who publicly calls himself a General could make an implication as false, obscene and offensive as this.

An embarrassment to the United States Air Force. https://t.co/yjJd81uskg

This is disgraceful. But not surprising. https://t.co/sTqdB9CS52

Have you lost your mind? Why are hacks like Hayden attempting to exploit the Holocaust? This is despicable. https://t.co/fDyO9jf802

Other governments spied on their own people. Not sure you want to play this game. https://t.co/XB9Q1ihhr7

Hope you enjoyed dancing on my ancestors' graves, @GenMhayden. pic.twitter.com/y2AK6CxGcN

Funny you bring up the Nazis.

Because the spying you conducted on Americans would have made Hitler jealous. https://t.co/cJYY8VhfIE

Honestly, I think it’s so cool that Kimmel and Cruz teamed up for charity in such a good-natured & fun spectacle.

Am I laughing my ass off that Kimmel lost a basketball game to Ted Freaking Cruz? Oh yes.