Dr. Lyle Rossiter is a forensic psychiatrist. In 2006 he wrote a book called “The Liberal Mind, The Psychological Causes of Political Madness”. This book has become a mainstay of political humor poking fun at liberals and Democrats alike. Now a new fact has been uncovered that adds to the story.

In New York City, the Mecca for liberal education is Columbia University. On the Columbia University campus there are probably more liberals, socialists, communists and Democrats per capita than anywhere in the world. What many people do not realize is that in 1900, Columbia’s Morningside campus was once the home of another institution, the Bloomingdale Insane Asylum. 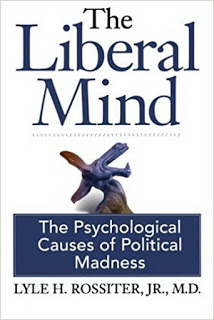 So the root causes of political madness stem from the foundations of an old insane asylum.

Quote: “The Bloomingdale Insane Asylum once occupied much of what is now the Columbia University Main Campus. In 1821, the asylum opened its doors, and twenty years later, when the New York City Lunatic Asylum opened for the destitute, Bloomingdale essentially became reserved for wealthier patients (although it failed to offer better treatment). The hospital grounds eventually became filled with gardens and walkways to assist with the patients’ recuperation. In the 1880’s, the asylum’s properties were sold off to different institutions in Morningside Heights, including Columbia University. Today, the only remaining building from Bloomingdale is Buell Hall, which houses the university’s Maison Française French cultural center and some architectural galleries.”