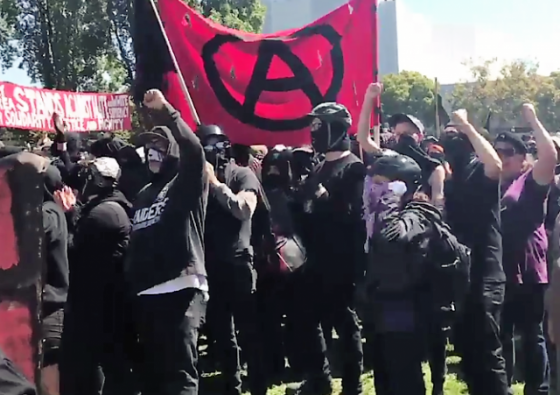 A Texas State University anarchist group named AnMarcos is declaring that all cops “deserve to die.” They also state that “one of the best cures for the crisis at the border, is to remove the border entirely.” One of their Twitter posts flat out says that, “cops drive around LOOKING for trouble.” They are everything you would expect of a leftist, communist group like Antifa and they are not shy in their beliefs. But they are violent and murderous.

According to the Washington Examiner, accompanying the tweet stating that “all cops deserve to die” is a text picture reading, “What I mean when I say ‘all cops are bastards’ is -literally every single cop is complicit and participating in a system designed to uphold the capitalist oligarchy we live under and thus all cops are guilty of that systems sins F**k all cops.” The anarchists call for open borders as well. Sounds like the Democratic playbook these days.

On Facebook, these anarchists are advocating for a “world without capitalists, MLM’s, injustice” and they adhere to “Libertarian Socialist” principles. Let me cut through the bull crap here… they are communists. In February, the group was known as “Athenian Youth” and made a brief appearance on Texas State University’s campus. Texans tend to not tolerate anarchists well. But so far, they are being allowed to do their thing there. Members of the group stood by a small booth bearing both an Antifa flag and the flag of the Zapatista Army of National Liberation, a left-wing revolutionary political and militant group, and one figure appeared to be wearing a paramilitary uniform. Freedom fighters my arse.

Today we wish to bring dishonor to the police force–something they do on their own daily, as they are nothing but the paid thugs of the ruling class. #NationalPoliceWeek #ACAB #PoliceWeek2018 #blueline #bluelivesmurder. All cops (the institution) deserve to die. pic.twitter.com/jpitIsqBW6

AnMarcos tweets that all police are “violent thug mercenaries for the ruling capitalist class.” They bluntly said that the police are “our enemy.” Sounds like they are declaring war on the police here. “We of course do not advocate cop killing, as it is true that some of the individuals who are underneath the badge are wonderful people. However, once they put on the badge they become the illegitimate thug for those in power, enacting their laws and whims as they see fit,” a spokesman for AnMarcos stated to Red Alert Politics. They are lying. Other statements they have made not only condone cop killing, they encourage it. What they claim in one instance is different from another.

“It would be more proper to call a police officer a terrorist than many other groups that word is applied to, seeing as they lurk in our communities with the task of instilling fear into the populace and not one iota of ‘serving and protecting’ anyone except the ruling capitalist class,” the spokesman continued. So now all police are terrorists? Sounds like they are justifying going after them doesn’t it? Referring to the police, they said: “They’re our enemy. And yours.”

The anarchists didn’t just save their hatred for police though. They went after all Trump supporters comparing them to Nazis. They even tweeted a pic of a bayonet pointed at a man wearing a “Make America Great Again” hat contrasted with a Nazi, along with the slogan, “We Beat ‘Em Before… We’ll Beat ‘Em Again!” Ah, more communist propaganda. Tis the season. “Yes we do equate the Trump administration and their followers to neo-Nazis, as many of them are explicitly that,” the AnMarcos spokesman told Red Alert Politics, adding, “And some try a step further as calling themselves other things such as ‘conservative, libertarian, ancap, white supremacist, white nationalist, nationalist, American, patriotic.’” This group looks to me to be an offshoot of Antifa. Communists love to form many groups with different names to confuse people, but they are still all communists in the end.

This group is also anti-Israel in the extreme. The group stated “F**K ISRAEL” in another post. AnMarcos is also connected to It’s Going Down. They look to be a growing group and Texas State University would do well to keep an eye on them and eject them from their campus.

One of the best cures for the crisis at the border, is to remove the border entirely. No borders, no nations, no deportations. #immigrantchildren

Firefighters/paramedics dont drive around looking for people to save

So why the FUCK do cops drive around LOOKING for trouble?

Daily reminder to all the #BlueLivesMatter crowd: Cops are and have always been nothing but the violent thug mercenaries for the ruling capitalist class. They're our enemy. And yours. 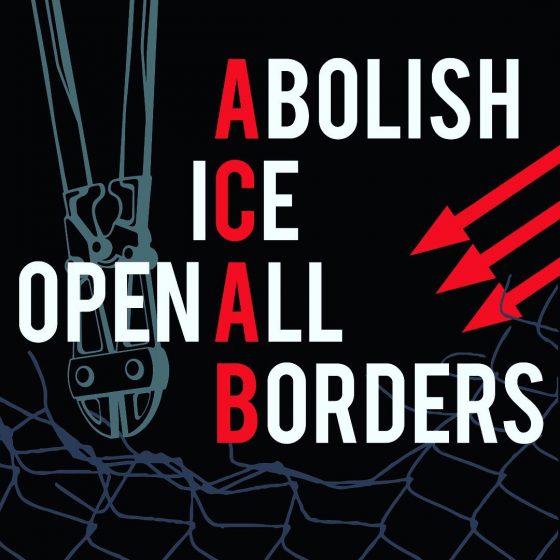 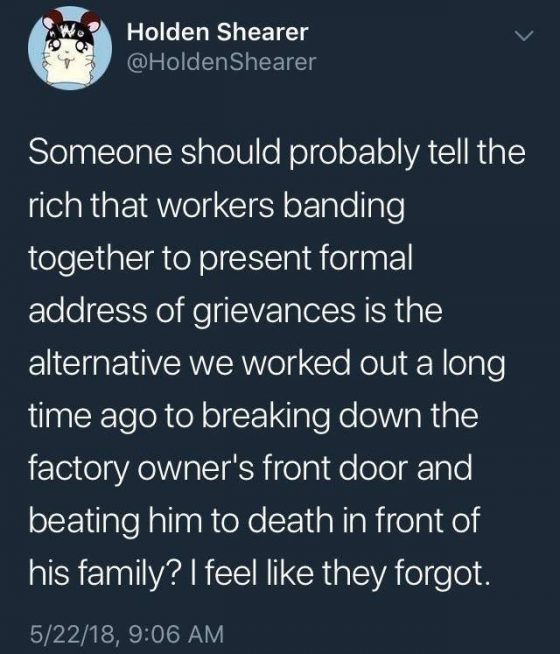