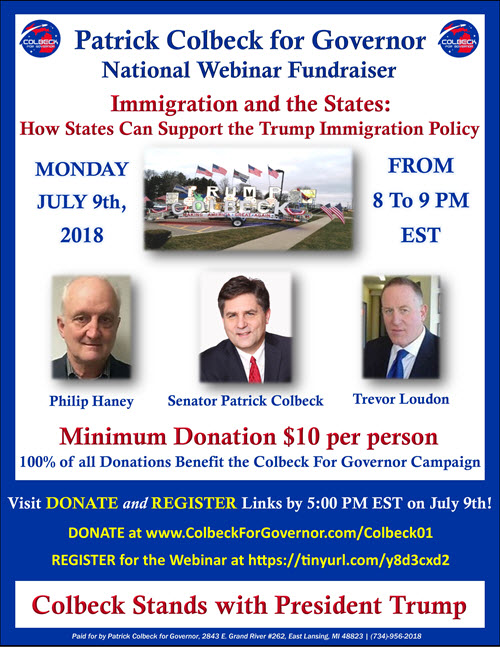 DONATE to HIS CAMPAIGN: http://www.ColbeckforGovernor.com/Colbeck01

Philip Haney, a counter-terrorism specialist and founding member of the Department of Homeland Security.

Trevor Loudon, an author, filmmaker and public speaker from Christchurch, New Zealand. For more than 30 years, he has researched radical left, Marxist and terrorist movements and their covert influence on mainstream politics.

Patrick Colbeck is speaking as well!

A primer on reading about the history of Independence Day. These are a few good book suggestions for you and your gathered family to read about the meaning and sacrifices made for our liberty.

Just an average guy’s product review of a new holster system I am trying out. I love it… it’s carry all day comfortable and user-friendly. You can go to a restroom and not worry about dropping it on the floor or in the toilet. I use mine for pocket carry, but this holster can be used as an IWB holster system due to its material. 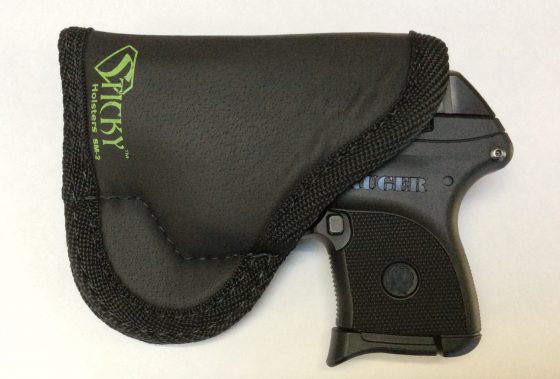 The American left loved it when Obama proclaimed early in his presidency that we are no longer a Christian nation. https://bit.ly/2KwbI1x

While actively seducing illegals to invade our country https://bit.ly/2KuKQ51, Obama strove to deport and seal our borders from the God of the Bible. Obama was the most biblically hostile president in U.S. History. https://bit.ly/2plTsy0

America was founded upon a rock-solid foundation of Christianity. Five historic crucial battles were won by divine intervention; God’s hand on America. https://bit.ly/2KhiP1R

“The Bible is the rock on which this Republic rests.” – Andrew Jackson

“It cannot be emphasized too strongly or too often that this great nation was founded, not by religionists, but by Christians; not on religions, but on the gospel of Jesus Christ! For this very reason, peoples of other faiths have been afforded asylum, prosperity and freedom of worship here.” – Patrick Henry

“If we abide by the principles taught in the Bible, our country will go on prospering and to prosper; but if we and our posterity neglect its instructions and authority, no man can tell how sudden a catastrophe may overwhelm us and bury all our glory in profound obscurity.” – Daniel Webster

“Our Constitution was made only for a moral and religious People.” – John Adams

“America was born a Christian nation – America was born to exemplify that devotion to the elements of righteousness which are derived from the revelations of Holy Scripture. That if they would see America free and pure they will make their own spirits free and pure by this baptism of the Holy Spirit” – Woodrow Wilson

It was extremely disturbing witnessing Obama’s 8 years of diminishing the dignity of what it means to be an American; undermining our legacy of courage, individualism and self-reliance. Obama encouraged Americans to get on welfare. https://bit.ly/2tPrptm

Outrageously, Obama used Spanish-speaking soap operas to encourage illegals to apply for food stamps, claiming it was the moral thing to do for their families. https://bit.ly/1ixsqOm

The anti-Christian American left’s goal is to addict as many Americans as possible to total dependency on government – creating entitlement junkies willing to surrender total control of their lives to big brother. Obamacare actually dictated which Americans would live or die. https://bit.ly/2Kjp1q3 Obama admitted that under his healthcare, grandma would probably be given a painkiller rather than a pacemaker. https://bit.ly/2MweDaT

My heart wanted to scream from the rooftops, “We are better than this, WE ARE AMERICANS!” Instead, I wrote a song.

The release of the new “We Are Americans” music video is July 4th: https://youtu.be/FZ_P6bpMlYI

My fellow Americans, we have fallen away from biblical principles and values which have made America the shining city on a hill. During your July4th Independence Day celebration, between eating burgers and hot-dogs, please gather your family to enjoy this new 4 minute music video reminding us of who we are as Americans. https://youtu.be/FZ_P6bpMlYI Thanks and God Bless.

Thank God President Trump is turning our country back to its roots of religious liberty https://dailysign.al/2lLsBKZ. He is putting Americans back to work https://bit.ly/2tPkfFo, defending our borders and restoring the specialness of being an American. Happy Independence Day!

Possible Trump Supreme Court nominee Brett Kavanaugh “is part of the ongoing cover-up of the murder of the [Clinton] White House deputy counsel” Vincent Foster. So charges researcher and journalist Hugh Turley. In this explosive video, learn how the Swamp operates in bipartisan fashion to cover up crimes, including murder, and how Deep State agents are deployed to intimidate witnesses and alter evidence. Turley worked with AIM’s Reed Irvine and Cliff Kincaid on this case for years, only to face a cover-up from the liberal AND conservative media.