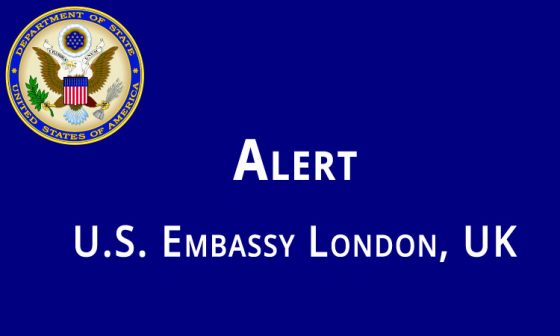 Meanwhile, Prime Minister Theresa May has a Brexit government that is slowly imploding.

Theresa May insisted Tuesday that her plan to retain close ties with the European Union “absolutely keeps faith” with voters’ decision to leave the bloc, as she tried to restore government unity after the resignations of two top ministers over Brexit.

May has spent the past few days fighting for her political life as first Brexit Secretary David Davis and then Foreign Secretary Boris Johnson quit, saying May’s plans for future relations with the European Union did not live up to their idea of Brexit. On Tuesday, two more lawmakers followed them out the door. More here.

President Trump is about to visit a real hornet’s nest.

Event: Numerous demonstrations are being planned for July 12 to 14, 2018, surrounding the visit of the President of the United States to the United Kingdom. The majority of the demonstrations will be focused in central London on July 13, with other events planned for July 12 and 14. Several of the events are expected to attract large crowds and there will be road closures in connection with those events.

• Be aware of your surroundings.
• Exercise caution if unexpectedly in the vicinity of large gatherings that may become violent.
• Keep a low profile.
• Monitor local media for updates.
• View updates from UK police at met.police.uk and follow @MetPoliceEvents and @MetPoliceUK for guidance.

The London mayor, Sadiq Khan, also tweeted that his city is a city of openness, tolerance, diversity and English breakfasts aren’t bad either. We ask our American friends what living in London was like for them.

A city of openness, tolerance, diversity – and the English breakfasts aren’t bad either. We asked our American friends what living in London was like for them. Watch ↓ #LondonIsOpen pic.twitter.com/kCkvw7EZCG

UPI: A large blimp portraying U.S. President Donald Trump as a baby will fly over London during his upcoming visit to Britain.

“Trump Baby can become a permanent feature of this dreadful Presidency, a constant, unmissable reminder of the contempt with which this embarrassment of a man is held by everyone outside of his deranged, bigoted base,” the group said.

Khan’s office indicated the group would ground its balloon in Parliament Square Garden, near Big Ben and Westminster Palace.

“The Mayor supports the right to peaceful protest and understands that this can take many different forms,” Khan’s office said in a statement.

Trump Baby U.K. said it wanted to make sure the blimp would look down on Trump while he visits Britain later this month.

Trump is scheduled to meet with British Prime Minister Theresa May and Queen Elizabeth II during his visit.

Perhaps we can begin to blame the mayor of London, Sadiq Khan. He approved a ‘Trump baby protest blimp’. There is even a Twitter account for the blimp.

HUGE news coming in: DONALD J TRUMP BABY WILL FLY! @SadiqKhan tried to play hard ball – in the end he had to make a Deal. No surprise – he's never won anything in his life! Sad – but True! London here I come! https://t.co/j3KCPimHI2 pic.twitter.com/oc2VKWKSN1