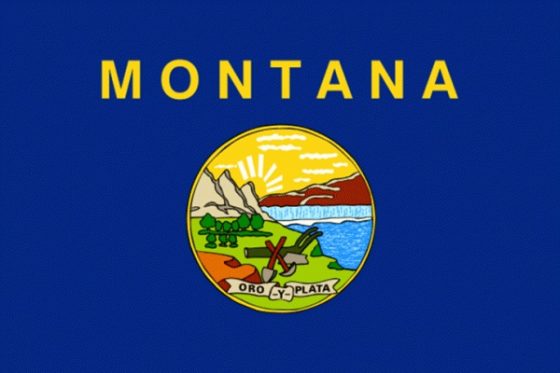 If I sound a bit punchy, it is because my wife Mary and I got to the hotel late after flying into Montana. We’re here to work with the Conservative Campaign Committee team to help Republican Matt Rosendale defeat the Democrat for the U.S. Senate seat.

I awoke early this morning because my body is still on east coast time. A CCC team member texted to inform me that the hotel’s breakfast buffet has gluten free bread. I’ve had issues with blood sugar. I’ve stopped eating bread because someone turned me on to a great bread substitute made with Almond flour; Keto bread – 90 seconds in the microwave.

But I digress. I turned on the TV in my hotel room and stomached watching CNN. It was truly amazing folks. Those people at CNN are pit-bull-grip committed to furthering the American left’s open-borders agenda and portraying Trump as a buffoon while questioning his sanity. CNN talking heads are boldly saying things about Trump that would be career-ending had they been said about Obama. The same way Black Lives Matter has declared it “open season” https://bit.ly/2Ic0bCx on killing white people and cops, the American left and fake news media have declared it open season on ending Trump’s presidency by whatever means necessary. This is pretty scary and evil folks.

Astonishingly, every report on CNN was either furthering the lie that Trump schemed with Putin to steal the election from Hillary; Trump should be indicted after he leaves office or denying illegals the same rights as U.S. citizens is racist. Will or has CNN reached its jump-the-shark-moment regarding its deranged and hateful relentless misreporting about Trump? Interestingly, a black relative of mine who does not follow politics told me. “I don’t know the details, but I know the media is lying about this separating children from parents stuff.” That statement was encouraging. Perhaps people are beginning to realize the 24/7 anti-Trump reporting is untrue.

Americans are optimistic and pretty content with Trump and his remarkably swift steps towards making America great again. He has the second highest approval rating in his party since WWII. https://bit.ly/2uphWJ Due to Trump’s economy, 3.7 million jobs have been created. Americans are back to work; 601,000 more Americans entered the labor force. The June jobs report was better than forecasted, adding 213,000 jobs. https://bit.ly/2LaQ6bo Black and Hispanic unemployment is at an all time low. https://washex.am/2rkgpDW

CNN talking-head leftist operatives are relentlessly repeating and selling the absurd narrative that denying illegals the same rights as U.S. citizens is racist and a human rights issue. Are these people crazy? Imagine someone invading your home and demanding the same rights as your children.

Here is what I mean when I say Mary and I are working with the Conservative Campaign Committee in Montana to help Republican Matt Rosendale win the Senate seat. In essence, CCC rides into town on white horses to work independently supporting our candidates. While using all the modern techniques, producing signs and bumper stickers, social media and so on, our team still employees old-school, boots-on-the-ground, leave-no-vote-left-behind campaigning. We run as many radio and TV ads as funding permits.

Our Miss Lulu heads our Phone-from-Home initiative to get out the vote. To volunteer, email Miss Lulu: [email protected]

I do radio and TV interviews in support of our candidate. We send teams to various high-traffic street corners to wave signs for our candidates. Do not think live people standing on streets corners enthusiastically waving signs does not make a difference. It does. It could mean the deciding vote for our candidate. I heard about a candidate in Maryland winning by 9 votes.

We must keep the GOP in control of congress to stop CNN, the American left and the deep state from preventing Trump continuing to make America great again.

Democrats have become so desperate about taking back congress to impeach Trump that they are actually calling for domestic terrorism. Crazy Maxine Waters is encouraging leftists to physically attack Republicans, Trump voters and anyone caught disagreeing with their open-borders agenda. https://bit.ly/2mbL6Iq

I would like to host a national bus tour to tout Trump’s incredible achievements for We the People and drive-home the importance of voting in the swiftly approaching midterm elections. Finding funding for such a tour has been challenging. I can be reached at: [email protected]

If you see me on a Montana street corner waving a “Vote Matt Rosendale” sign, please honk!