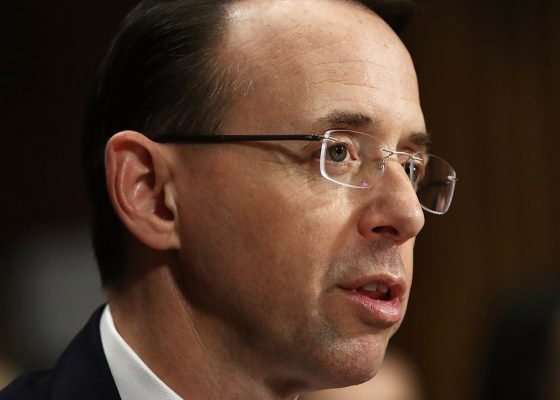 During the open session of the dual congressional committee hearing with FBI CT expert, Peter Strzok, the Democrats went off on Republicans for not having hearings on Russian interference and protecting the American campaign/election process.

Per the indictment, Russian officers are accused of hacking the DNC server, stealing login credentials of Clinton campaign associates, including John Podesta. The indictment includes such text as aggravated identity theft, conspiracy to launder money and the illegal release of stolen data/intelligence. The hackers also target state and local officials that administer the elections process yet, NO VOTE COUNTS OR TALLIES WERE ALTERED.

The information purloined from the hacks was funneled through the internet under the names DCLeaks and Guccifer 2.0, the government contends. The DAG noted that a number of Americans “corresponded with several Russians through the internet.” No allegations have been brought against those Americans at this point for knowingly communicating with Russian intelligence officers, Rosenstein said.

An important point made by Rosenstein, which leads to the growing fact that no Americans, including candidate Trump or his aides, had taken part in any collusion. collaboration or conspiracy known to date.

So today, AG Rod Rosenstein announced 12 indictments of Russian operatives. As President Trump is in Europe, he was briefed on this indictment announcement. His response?

Rosenstein briefed POTUS earlier this week on today’s indictments of Russian agents. Trump said today he would be asking Putin about it during their meeting Monday.

The timing of this announcement is quite important as President Trump is meeting with Vladimir Putin in Helsinki on Monday. Other world leaders have accused Moscow of doing the exact same thing in their respective countries, to include France, Mexico and Germany.

So, what say you Democrats now?

Politico reported it this way:

Special counsel Robert Mueller indicted 12 Russian military officers on Friday, and accused them of hacking into the Democratic National Committee to sabotage the 2016 presidential election.

They are the latest charges in a probe that has already netted guilty pleas from three former Trump campaign aides while the president himself remains under investigation by Mueller for potential obstruction of justice.

Rosenstein said the Russians stole and released Democratic documents after planting malicious computer codes in the network of the DNC as well as the Democratic Congressional Campaign Committee.

He said Russia’s GRU military intelligence service was behind online entities that disseminated and promoted the documents under the names Guccifer 2.0 and DCLeaks.

The indictment dramatically shifts the context for Trump’s upcoming meeting with Putin, whom U.S. intelligence services have concluded was behind the 2016 election interference scheme whose goal was to elect Trump.