In recent weeks, the Ortega regime has killed an estimated 350 innocent citizens. Anyone besides Senator Rubio paying attention? 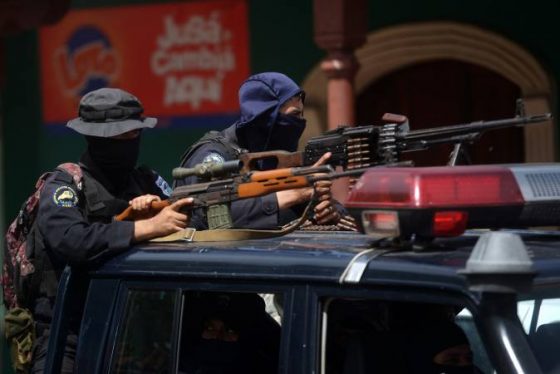 .@AmbCTrujillo has been a strong voice of support at the @OAS for the Nicaraguan people. I am thankful for his commitment and leadership in defending democracy and freedom of speech in #Nicaragua. #SOSNicaragua

Thousands of people marched yesterday in Nicaragua to demand that President Daniel Ortega step down. The demonstrations over proposed benefit cuts, which began three months ago, are expected to continue today.

Human rights groups say about 300 people have been killed during the protests, many by police.

U.S. Senator Marco Rubio has warned that deadly clashes in Managua could lead to civil war, and worsen the immigration crisis in the U.S.

CBS News correspondent Manuel Bojorquez reports an eerie quiet during much of the day in the capital city of Managua, as people stay home and business owners close up shop for their own safety.

But after the calm, the sounds of protest pierce the air, and the fear of bloody confrontations returns.

Within minutes of arriving in the capital, Bojorquez encountered an anti-government protest and the sound of mortar fire.

They told Bojorquez that they were willing to risk their lives: “The fear is gone,” one said. 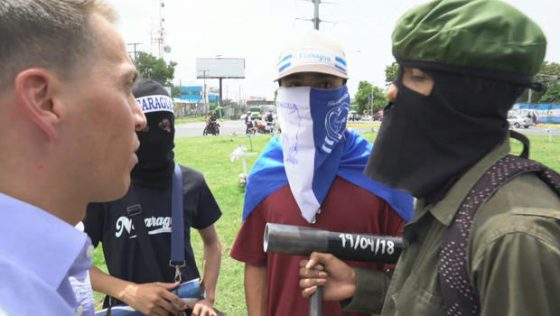 The fear was gone on April 19 – that’s the day protests started over proposed cuts to social security benefits. Government forces are accused of killing more than 40 people that week. Hundreds have been killed since then, some even attacked while hiding in a church.

The uprising continues to intensify against President Ortega, whom demonstrators say has turned into a dictator and should step down. But Ortega remains defiant, insisting the protesters are being influenced by outside forces and blaming them for initiating the violence.

In the neighborhood of Monimbo, which had been a stronghold of the opposition, barricades built using cobblestones from the streets can still be seen. It was the site of a bloody confrontation with police last week. At this point, it’s still not clear how many people were killed.

One woman feared being identified on camera, but wanted to let Bojorquez know one thing: her neighborhood was not backing down – that Monimbo had lost the battle, but not the war. 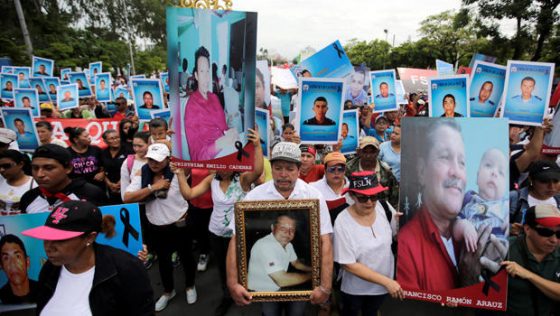 Ortega to allow early elections next year. He refuses to back down, which means the protests are likely to continue.

*** Is Russia behind some of this? More Western hemisphere chaos coming to the United States? Let’s go back to 2016 and 2017:

The Russian government is building an electronic intelligence-gathering facility in Nicaragua as part of Moscow’s efforts to increase military and intelligence activities in the Western Hemisphere.

The signals intelligence site is part of a recent deal between Moscow and Managua involving the sale of 50 T-72 Russian tanks, said defense officials familiar with reports of the arrangement.

The tank deal and spy base have raised concerns among some officials in the Pentagon and nations in the region about a military buildup under leftist Nicaraguan leader Daniel Ortega.

Disclosure of the Russia-Nicaraguan spy base comes as three U.S. officials were expelled from Nicaragua last week. The three Department of Homeland Security officials were picked up by Nicaraguan authorities, driven to the airport, and sent to the United States without any belongings. More here.