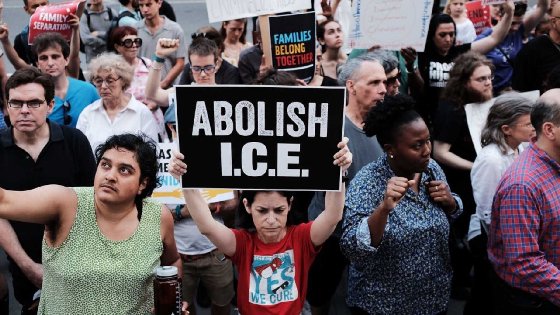 It would seem that the anti-ICE protesters in Portland, Oregon are not only leftists, but racists as well. They are also communists and radical revolutionaries. The federal officers, who were given the sad duty of handling the protesters on the lawn of Portland’s Immigration and Customs Enforcement offices, were subjected to a “barrage of hateful and at times racially-charged invective” during the month-long demonstration by various groups and an operation that was implemented to clear out the protest camp.

The demonstration against ICE has been going on since July 17th. At first, activists demonstrated against the “Zero Tolerance” Trump administration policy that separated children and adults from illegal immigrants awaiting asylum hearings at the border. After that policy was rescinded by Trump, they turned their movement into an “Occupy ICE PDX” camp, aimed at “abolishing” the Department of Homeland Security’s investigative arm.

Those tasked with protecting the ICE office and then later breaking up the camp located on federal property told the media that they had racial slurs shouted at them, especially and particularly at non-white members of law enforcement. “In emails obtained by the newsroom, one African American officer reported to an administrator that protesters ‘began yelling racial slurs’ at him, including the N-word,” the Oregonian reports. “The officer said he was also called a ‘blood traitor’ and an Uncle Tom, a derogatory term implying a black person is acting subservient to whites for money or prestige.”

This is something I witnessed. Non-white federal officers on duty to protect the Portland ICE office say they've been subject to racist & sexist verbal abuse from the "abolish ICE" protesters. https://t.co/Rc7ahLEwEm

“These racial slurs have been directed at me throughout the entire length of the deployment,” an officer wrote in his report. A female officer of “Hispanic and Native American descent” told superiors that she was “berated for so long I can’t even remember everything that was told to me.” She reported being called a “weak female” and a “traitor” as well as “derogatory terms for Hispanic people.” Now, that’s the true face of the left.

Other officers reported being called “murderers,” “rapists” and “Nazis.” Projection… it is the mantra of the left. “They have yelled continuously that they hope we die, they hope our families die,” one officer wrote. Seems to me that those yelling such things should be arrested. But the mayor of Portland would not let the officers do their job during all this.

Many of the organizers of Occupy ICE are people of color, which makes this even more heinous and hypocritical. They would not speak with the media, but at least one reporter was able to verify the officers’ claims. Occupy ICE PDX also ironically erected a wall around their camp that had to be torn down. It was on public property. Savor that for a moment.

This isn’t the first time this has happened in Portland. The mayor there let’s this crap go on because he’s a liberal, socialist nutcase. Police have now cleared out the few remaining protesters left at the U.S. Immigration and Customs Enforcement headquarters in Portland, Oregon, with no arrests. Several news outlets report that police moved into an encampment at 4:30 a.m. Wednesday and that about a dozen remaining protesters left the area. Portland Police spokesman Sgt. Chris Burley says police on Wednesday morning moved “slowly and methodically” through the camp and there were no injuries and no arrests. City workers will remove wooden structures at the camp and clean up the area. Good luck with that, it’s disgusting, much like the protesters themselves. But like an unwanted affliction, these leftist activists — i.e. communists — will be back. 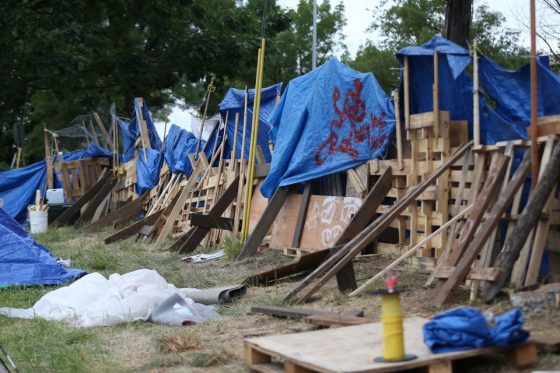