Short term pain? Does that $12 billion in emergency funding come back into the Treasury at some point? Beyond farmers, will there eventually be some emergency funding for those in the energy industry or to the fisherman? China is waiting it out… but was all this thought out? 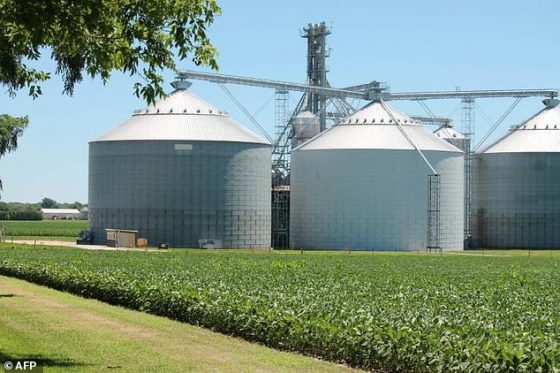 “The BRICS bloc – Brazil, Russia, India, China and South Africa – are expected to band together in defense of the multilateralism the United States once championed.”

From threatening to tear up existing trade deals to hiking steel and aluminum tariffs, the U.S. move toward unilateral action has rattled traditional allies and rivals alike. And BRICS nations have been on the frontline of the global tensions.

Last week Trump said he was ready to impose tariffs on all $500 billion of imported goods from rival economic superpower China. But even South Africa – a tiny exporter of steel, aluminum and automobiles to the United States – is facing barriers.

“If you don’t have an agreed rules-based trade system then it’s a matter of power. And unilateralism is not something you want to contemplate,” Rob Davies, trade minister of the bloc’s current chair, South Africa, told Reuters.

The Trump administration is planning to ease fears of a trade war by announcing later Tuesday billions of dollars in aid to farmers hurt by tariffs, according to two sources familiar with the plan.

The administration’s plan will use two commodity support programs in the farm bill, as well as the Agriculture Department’s broad authority to stabilize the agricultural economy during times of turmoil.

Or, put another way: The Trump administration has intervened in the economy, and now, to mitigate the consequences of its intervening in the economy, it’s going to intervene in the economy again. In both cases, the taxpayer loses. He loses in the first instance because tariffs are taxes, and because taxes make goods more expensive. And he loses again when the government takes his money (or borrows it against his kids) and gives it to farmers who are down on their luck because the government elected to intervene.

Even worse, both of these actions are being taken not by Congress, but by the executive branch. And even worse than that, they are being taken by the executive using powers that were delegated by Congress for use in emergencies. The laws that accord the president the power to impose tariffs without legislative approval are the the Trading with the Enemy Act of 1917, which requires the U.S. to be at war at least somewhere in the world; the International Emergency Economic Powers Act of 1977, which requires there to be a “national emergency”; the Trade Act of 1974, which requires either that the executive considers there to be “an adverse impact on national security from imports,” or believes a given nation’s behavior to be unfair and in need of an “appropriate and practicable” response; and the Trade Expansion Act of 1962, which allows the executive to “determine the effects on the national security of imports” and to “adjust the imports” if necessary. That President Trump is using these powers so routinely is a problem in and of itself. But that he is then “fixing” the fallout by, in part, using another set of emergency powers renders the whole affair somewhat farcical. This is decidedly not why these laws are on the books. This is not what the executive branch is for.

This tendency is not limited to Trump, of course. Indeed, this is a problem that has been growing for more than eight decades, and under presidents from both parties. And until Congress grows a spine, it is a problem that will continue to grow. But it’s dismaying to watch the move being cheered on — or, at the very least, permitted — by a Republican-led House and Senate. Should Congress want to, it can easily take these powers back — over a veto if necessary. That this idea seems quaint shows how far we have strayed from the system as designed.