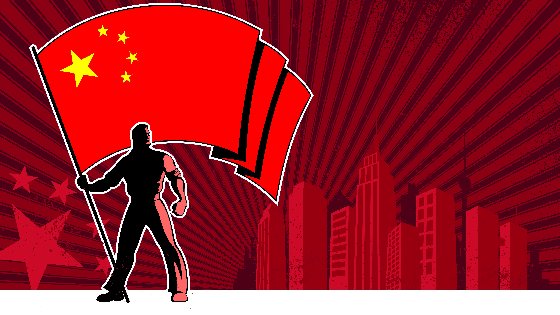 “United Front Work is an important magic weapon for the victory of the party’s cause.”
– Xi Jinping, October 2017

Senators Cruz and Rubio have been sounding the alarms on the Confucius Institution that has found homes on U.S. college campuses. They have both done the same with regard to the Chinese Students Association.

Xi Jinping’s rule to date has been characterised by, among other things, a return to the basics of Party rule as established by Mao. These include a renewed emphasis on United Front 统战 work, which Mao called one of the ‘three secret weapons’ 三个大法宝 (along with the armed forces and Party-building) that helped the Chinese Communist Party (CCP) to power in 1949. (For an overview of the United Front, see the China Story Yearbook 2014: Shared Destiny, pp.128–132.) The year 2015 was the most important one since 1990 for the United Front, a collection of strategies overseen by the United Front Work Department (UFWD) 统战部 by which the Party seeks to strengthen its authority and legitimacy, especially among the more marginalised, independent, and minority sectors of the Chinese population.

Explain the primary role of the United Front Work in the Chinese Communist Party (CCP).

The United Front Work Department of the CCP is an integral part of the Party structure, down to sometimes the lowest levels and coordinated at the very top by a United Front Leading Small Group initiated by Xi Jinping. The Department works to reach out, represent, and guide key individuals and groups within both the PRC [People’s Republic of China] and greater China, including Chinese diasporas. The goals include to have all such groups accept CCP rule, endorse its legitimacy, and help achieve key Party aims. Because United Front Work has officially been extended to those who emigrated after 1979 as well as those Chinese studying abroad, some 50 million or more, United Front Work is now of direct relevance and sometimes concern to an increasing number of foreign governments, notably Australia, Zealand, Canada and the United States. United Front Work abroad is not limited to only these countries though.

Related reading: China Built an Army of Influence Agents in the U.S.

How does the United Front Work fashion China’s image and influence overseas?

An important role of United Front Work since Xi Jinping became CCP general secretary in 2012 has been to help tell the CCP’s preferred “China story” by encouraging overseas Chinese of all sorts to become active promoters of the Party-state’s views in their own domiciles. This promotion includes using material from China in publications, forming associations to highlight positions on issues like Taiwan or more recently, the One Belt, One Road policy, meeting local politicians and winning them over, and using the status of voters in democracies to influence domestic policies in ways that promote CCP interests.

The promotion of Confucius Institutes to win greater influence over what and how Chinese is taught has been yet another success story, particularly in the developing world where this initiative allows Party-state views much more leeway.

Encouraging all of sorts of influential foreigners to visit China under supervision has also been a very successful tactic. Such visitors are treated lavishly and often come to modify their positions or end up airing official Chinese positions despite themselves. Even retired politicians are seen as valuable because of their institutional knowledge and the assumption, usually valid, that they can still wield significant influence in their party or more broadly.

The current CCP propaganda push abroad can be summed up as helping ‘make the international environment safe for achieving the Party-state’s goals’ and shifting the terms of discussion of China to ones that the CCP prefers. Even forcing or achieving small shifts in language can be very significant.

The recent attacks on Marriott Hotels and foreign airlines for using terms such as Taiwan and thus treating Taiwan as an independent country have been rewarded with immediate backtracking by the companies concerned. The result of these efforts is to help isolate and delegitimize Taiwan’s status in the eyes of foreign publics. Note that these effects are the opposite of how the CCP uses United Front Work and propaganda in regards to itself, but isolation and delegitimization or at least neutralization of real and perceived enemies are important goals of both. The success of these efforts would be to reduce the costs of other actions intended to bring Taiwan under PRC sovereignty, such as boycotts, blockades, or even invasion.

The CCP would emphasize any such actions as merely “internal” affairs. This “legitimacy” would be repeated by innumerable Chinese diaspora groups around the world, not least by the Associations for the Peaceful Reunification of China – run out of Beijing but now spread worldwide. Even the translation from Chinese of tongyi or “unification” as “reunification” is an effective almost subliminal technique of reframing the issue in the CCP’s favor. Another salient example of the success of these techniques is how foreign news organizations and broadcasters now often feel the need to add a rider to any discussions of Taiwan, adding, “which China regards as a renegade province.” It might be true at one level, but is deeply wrong and misleading at another.

Why are Chinese influence efforts increasingly under government scrutiny in Australia?

The CCP’s United Front Work and stepped up propaganda activities in Australia have been only belatedly recognized as potentially dangerous at a number of levels. These include the emergence of a new group of wealthy Chinese who, having made their fortunes in China, were seeking political access and influence in Australia. The major problem has been with the sometimes very strong United Front links of such people and hence the motives of their actions were called into question. The influence of some of these people on Chinese media in Australia, now almost overwhelmingly pro-Beijing, was another worry as it left only a few independent voices speaking directly to Chinese communities in Chinese and promoting values not in line with Beijing’s.

Another concern has been around fears of stepped up activities and surveillance of Chinese students on Australian campuses. This followed the formalization of PRC students abroad as a specific united front work target in 2015 and a number of well publicized incidents where Chinese students had confronted lecturers about, for example, treating Taiwan as a country.

While much of this work with students and post graduates is likely aimed at surveillance to ascertain whether students are being attracted to Western ideals and values, Christianity, or Falun Gong, the potential clearly exists to push universities or teachers to tone down or omit courses which teach things the CCP regards as dangerous or subversive. Similarly, there are recurrent concerns that the Confucius Institutes on university campuses may pose dangers to academic freedom and promote pro-Beijing lines.

Perhaps the latest and largely unspoken concern relates to a growing realization that the dramatic increases in Chinese emigration to places like Australia and New Zealand etc., particularly since the 2000s, have given rise to large groups of citizens with voting power and sometimes able to sway even general elections, who often remain largely under the sway of the PRC Party-state via its propaganda and United Front Work. Having left China as beneficiaries of the reform period, these groups have no reason to oppose it and many good reasons to support it even if they had no vote there. This is very different, for example, from those who migrated or fled in the wake of the brutal suppression of the student movement of 1989. Moreover, these new migrants are often highly educated and economically successful, unlike many of the generations of Chinese before them, and hence much more able and likely to demand commensurate influence more or less immediately. There is no need for a transitional generation to build up such social, political, and economic capital. This unforeseen consequence of business and student migration is only now becoming obvious to local politicians but how to respond is unclear.