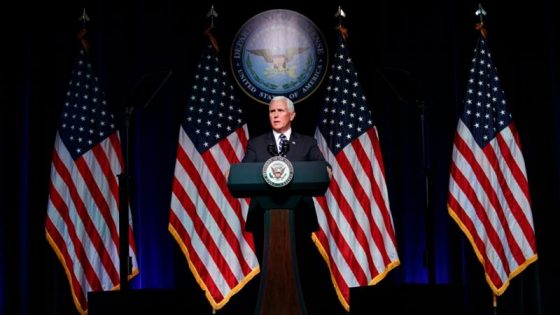 Primer: Did you know there is something called the OuterSpace Treaty? Yup, it covers arms control, verification, and compliance. Sounds great right? Problem is it is dated 2002.

Then there is the NASA summary of the 1967 Space Treaty.

Like the Internet, GPS is an essential element of the global information infrastructure. The free, open, and dependable nature of GPS has led to the development of hundreds of applications affecting every aspect of modern life. GPS technology is now in everything from cell phones and wristwatches to bulldozers, shipping containers, and ATM’s.

Finally, GPS remains critical to U.S. national security and its applications are integrated into virtually every facet of U.S. military operations. Nearly all new military assets — from vehicles to munitions — come equipped with GPS.

There is a robust debate within Washington and the Pentagon if whether or not a new branch of Armed Services is really needed. Presently, the Air Force has the most exclusive authority over all things space except for research and exploration which is performed by NASA.

There is even a debate within the Air Force which was raised last February.

US Air Force Chief of Staff General David L. Goldfein predicted it’ll only be a “matter of years” before American forces find themselves “fighting from space.” To prepare for this grim possibility, he said the Air Force needs new tools and a new approach to training leaders. Oh, and lots of money.

“[It’s] time for us as a service, regardless of specialty badge, to embrace space superiority with the same passion and sense of ownership as we apply to air superiority today,” he said.

These are some of the strongest words yet from the Air Force chief of staff to get the Pentagon thinking about space—and to recognize the U.S. Air Force as the service branch best suited for the job. “I believe we’re going to be fighting from space in a matter of years,” he said. “And we are the service that must lead joint war fighting in this new contested domain. This is what the nation demands.”

The USAF and other military officials have been saying this for years, but Goldfein’s comments had an added sense of urgency this time around. Rep. Mike Rogers, the Strategic Forces Subcommittee chairman, recently proposed the creation of a new “Space Corps,” one that would be modeled after the Marines. The proposed service branch, it was argued, would keep the United States ahead of rival nations like Russia and China. The idea was scrapped this past December—at least for now. Needless to say, Rogers’ proposal did not go over well with the USAF; the creation of the first new uniformed service branch in 70 years would see Pentagon funds siphoned away from the Air Force. Hence Goldfein’s speech on Friday, in which he argued that the USAF is the service branch best positioned to protect American interests in space.

But in order to protect “contested environments,” the US Air Force will need to exercise competency in “multi-domain operations,” he said. This means the ability to collect battlefield intelligence from “all domains,” including air, ground, sea, cyber, and space. “I look forward to discussing how we can leverage new technology and new ways of networking multi-domain sensors and resilient communications to bring more lethality to the fight,” said Goldfein.

Indeed, the USAF has plenty of work to do make this happen, and to keep up with its rivals. China, for example, recently proposed far-fetched laser-armed satellite to remove space junk, while also demonstrating its ability to shoot down missiles in space. Should a major conflict break out in the near future, space will most certainly represent the first battlefield.

“When you think of how dependent the US military is on satellites for everything from its communication and navigation to command and surveillance, we are already fighting in space, even if it’s not like the movies depicted,” Peter W. Singer, fellow at New America and author of Ghost Fleet: A Novel of the Next World War, told Gizmodo. “If we were ever to fight another great power, like a China or Russia, it is likely the opening round of battle would be completely silent, as in space no one would hear the other side jamming or even destroying each other’s satellites.”

To prepare the United States for this possibility, Goldfein said the Air Force needs to invest in new technologies and train a new generation of leaders. On that last point, the CSAF ordered Lt. Gen. Steven Kwast, the commander of Air Education and Training Command, to develop a program to train officers and non-commissioned officers for space ops. “We need to build a joint, smart space force and a space-smart joint force,” Goldfein said.

As reported in SpaceNews, the USAF is asking for $8.5 billion for space programs in the 2019 budget, of which $5.9 billion would go to research and development, and the remaining for procurement of new satellite and launch services. Over next five years it hopes to spend $44.3 billion on development of new space systems, which is 18 percent more than it said it would need last year to cover the same period.