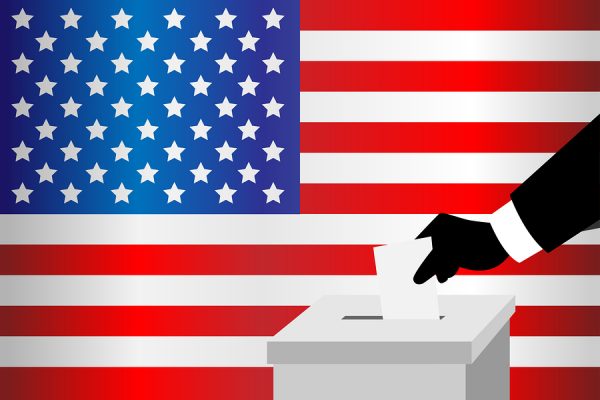 So “citizens” have civic advantages and political rights which are not extended to “inhabitants” – and certainly not to aliens who have unlawfully entered a country.4

3. The Federalist Papers show that voting is a privilege of Citizens alone

The slaves in America were “inhabitants”, not “citizens”.  They weren’t allowed to vote.  Federalist No. 54 (5th para from bottom) tells us:

“…The qualifications on which the right of suffrage depend are not…the same… [in the several States].  In some of the States the difference is very material.  In every State, a certain proportion of inhabitants are deprived of this right by the constitution of the State, who will be included in the census by which the federal Constitution apportions the representatives… the Southern States might… [insist]…that the slaves, as inhabitants, should have been admitted into the census according to their full number, in like manner with other inhabitants, who, by the policy of other States, are not admitted to all the rights of citizens…” [boldface added]6

In Federalist No. 60 (1st, 2nd and last paras), Hamilton speaks of the “fundamental privilege” of citizens to vote, and that citizens who are conscious and tenacious of their rights would flock to the places of election to overthrow tyrants.  In Federalist No. 61 (2nd para), Hamilton speaks of “the suffrages of the citizens”, and of voting as an “invaluable privilege”.

Over and over, The Federalist Papers show that voting is restricted to citizens:

“In republics, persons elevated from the mass of the community, by the suffragees of their fellow-citizens, to stations of great pre-eminence and power…” (No. 22, 6th para from bottom) [boldface added]

“If we consider the situation of the men on whom the free suffrages of their fellow-citizens may confer the representative trust, we shall find it involving every security which can be devised or desired for their fidelity to their constituents (No. 57, 7th para) *** “… that each representative of the United States will be elected by five or six thousand citizens…”  (No. 57, 7th para from bottom) [boldface added]

“There is a peculiarity in the federal Constitution which insures a watchful attention in a majority both of the people and of their representatives to a constitutional augmentation of the latter. The peculiarity lies in this, that one branch of the legislature is a representation of citizens, the other of the States…” (No. 58 at 3.) [boldface added]

“…A small number of persons, selected by their fellow-citizens from the general mass, will be most likely to possess the information and discernment requisite to such complicated investigations …”  No. 68 (3rd para) [boldface added]

“1. A vote; a voice given in deciding a controverted question, or in the choice of a man for an office or trust. Nothing can be more grateful to a good man than to be elevated to office by the unbiased suffrages of free enlightened citizens.”

“5. In the United States, a person, native7 or naturalized, who has the privilege of exercising the elective franchise…”

“1.  … the right to vote for governor, senators and representatives, is a franchise belonging to citizens, and not enjoyed by aliens…”

Inhabitants and aliens may not vote unless they become naturalized citizens and meet whatever additional qualifications for voting are set forth in the State Constitution. Naturalization is:

“The act of investing an alien with the rights and privileges of a native subject or citizen. naturalization in Great Britain is only by act of parliament. In the United States, it is by act of Congress, 8 vesting certain tribunals with the power.”

5. State Constitutions set forth the Qualifications for Voting

When we operated under the Articles of Confederation (our first federal Constitution),9 the States determined the qualifications for voting in state and local elections and in elections to the Continental Congress.  These qualifications were set forth in the State Constitutions, and varied from State to State.

Our Framers specifically rejected the idea that the new Congress or the State Legislatures would determine who was eligible to vote.  Instead, only The People of each State were competent to define the right of suffrage for their State, and their definition was enshrined in their State Constitution.  In Federalist No. 52 (2nd para), James Madison tells us:

“…The definition of the right of suffrage is very justly regarded as a fundamental article of republican government.10 It was incumbent on the convention, therefore, to define and establish this right in the Constitution. To have left it open for the occasional regulation of the Congress, would have been improper … To have submitted it to the legislative discretion of the States, would have been improper … To have reduced the different qualifications in the different States to one uniform rule, would probably have been as dissatisfactory to some of the States as it would have been difficult to the convention. The provision made by the convention … must be satisfactory to every State, because it is conformable to the standard already established, or which may be established, by the State itself.  It will be safe to the United States, because, being fixed by the State constitutions, it is not alterable by the State governments…”[boldface added]

Remember!  Since the federal and state governments are merely “creatures” of constitutions, they have no power to determine who may vote. That power belongs to the “creators” of the governments.  Only The People are competent to set the qualifications for voting; and our determinations are enshrined in our State Constitutions.

6. The States reserved power to determine procedures for voter registration

“This understanding of Article I, §2, is consistent with powers enjoyed by the States at the founding. For instance, ownership of real or personal property was a common prerequisite to voting … To verify that this qualification was satisfied, States might look to proof of tax payments… In other instances, States relied on personal knowledge of fellow citizens to verify voter eligibility. . . States have always had the power to ensure that only those qualified under state law to cast ballots exercised the franchise.

Perhaps in part because many requirements (such as property ownership or taxpayer status) were independently documented and verifiable, States in 1789 did not generally “register” voters . . . Over time, States replaced their informal systems for determining eligibility, with more formalized pre-voting registration regimes. . . But modern voter registration serves the same basic purpose as the practices used by States in the Colonies and early Federal Republic. The fact that States have liberalized voting qualifications and streamlined the verification process through registration does not alter the basic fact that States possess broad authority to set voter qualifications and to verify that they are met.”

7. The federal government has usurped the States’ powers to determine who may vote and determine procedures for voter registration

The National Voter Registration Act of 1993 (NVRA) purports to require States to “accept and use” a federal voter registration form!  The Ninth Circuit asserted that since the federal form doesn’t require applicants to provide documentary proof of citizenship, the States may not require it. This paper exposes some of the false arguments made by the Ninth Circuit’s three judge panel, and sets forth what Hamilton and Madison actually said as to the genuine meanings of Art. I, §2, cl. 1 and §4, cl.1: Arizona’s Proposition 200: What The Constitution Really Says About Voter Qualifications & Exposing The “Elections Clause” Argument.

But the Supreme Court affirmed the Ninth Circuit.  Justice Scalia, who wrote the majority opinion, swept Art. I, §2, cl. 1 under the rug and ignored Hamilton’s and Madison’s explanations of Art. I, §4, cl. 1. Scalia asserted:

“The Clause’s [Art. I, §4, cl. 1] substantive scope is broad. “Times, Places, and Manner,” we have written, are “comprehensive words,” which “embrace authority to provide a complete code for congressional elections,” including, as relevant here and as petitioners do not contest, regulations relating to “registration”….” 12

So what should we do when federal courts issue unconstitutional opinions?

8. Our Framers said nullification is the natural right, which all admit to be a remedy against insupportable oppression

And Remember! As Hamilton told us in Federalist No. 78 (6th para), federal courts can only issue judgments – they must rely on the Executive Branch to enforce them.  So the President’s “check” on usurping federal judges is to refuse to enforce their opinions.  States must man up and obey the Constitution instead of unconstitutional dictates of the federal Legislative and Judicial Branches. Do you think that President Trump will send out US Marshalls or the National Guard to FORCE States to allow illegal aliens to vote?  The iron is hot – the time to strike is now.

“…Exercising its right to set federal voter qualifications, Arizona, like every other State, permits only U. S. citizens to vote in federal elections, and Arizona has concluded that this requirement cannot be effectively enforced unless applicants for registration are required to provide proof of citizenship…” [boldface added]

2 The California legislature thus violated Article II, Section 2, California Constitution which says, “A United States citizen 18 years of age and resident in this State may vote.”

3 That Vattel had such influence is proved HERE.

4 All men everywhere possess the rights God gave them. But in a civil society, the members possess political or civic rights which are not extended to inhabitants, lawful visitors, or illegal alien invaders.

5 With these four Amendments, the States agreed they would not deny suffrage to Citizens on account of race, being a female, not paying the tax, or being between 18 to 21 years of age.  States retain power to deny suffrage to any Citizen on account of other factors (e.g., illiteracy, being on welfare, or stupidity).

6 Freed slaves were naturalized by §1 of the 14th Amendment.

9 The Articles of Confederation were ratified July 9, 1778.

10 A “republic” is a state in which the exercise of the sovereign power is lodged in representatives elected by the people.

11 “The powers not delegated to the United States by the Constitution … are reserved to the States, respectively, or to the people.” (10th Amendment) [italics added]

12 Counsel for the State of Arizona made a strategic error in failing to challenge the constitutionality of the NVRA as outside the scope of powers granted to Congress and as in violation of Art. I, §2, cl. 1 and §4, cl.1, US Const.