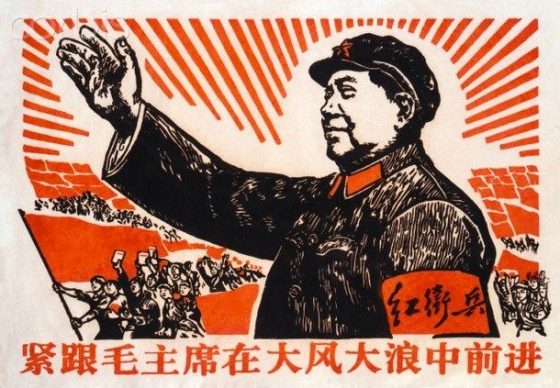 Once again, we see real journalism out there from Bill Gertz over at The Washington Free Beacon. That guy rocks. He just uncovered something that should ring alarm bells across America. A large Spanish-language radio station in Mexico will soon begin broadcasting Chinese propaganda. That’s right, the Chinese are setting up shop in Mexico. They’ve been there for a long time, but this is a new step in arrogance for them in an attempt to spread communism in Mexico and South America as well as the U.S. They are joined by their good friends Russia, Iran and Cuba in doing so. You can toss Venezuela into the mix as well. Critics know that the propaganda is specifically aimed at Chinese Americans throughout Southern California. This should not be allowed. It is subversive and in my book, a definite step towards war.

Think about this for a minute and it should make your blood run cold. If the Chinese and others are successful in spreading communism not only in South and Central America via Mexico, and then into Southern California where there are already many communist radicals that aren’t Chinese, what do you think will happen? If the Chinese can rally Chinese Americans who are communists and have been planted in Southern California and sway enough useful idiots in the state, if war breaks out, California would be the first to fall, along with their vital seaports and military bases. No easy feat, but think like the Chinese and you see what the longterm goal is here.

Gertz says there is a Federal Communications Commission filing on the sale of radio station XEWW AM 690 radio near Tijuana. In that filing, it is revealed that the buyer has ties to Phoenix Satellite Television US, a subsidiary of Hong Kong’s pro-Beijing Phoenix TV. Phoenix North America Chinese Channel is one of the six channels that Phoenix Television operates. It was launched on January 1st, 2001 in order to serve Chinese viewers in North America, and it is the first Chinese language channel that is available across the continent. This channel now broadcasts on both EchoStar, Dish and DirectTV satellite systems and shares similar programming with Phoenix Chinese News and Entertainment Channel. Some of its in-house programs include “Phoenix North America News” and “Experience America.”

END_OF_DOCUMENT_TOKEN_TO_BE_REPLACED

Are inflationary pressures accelerating? The core CPI rose to 2.4% in July, the highest level in a decade. The Fed is anticipating that core inflation will level off soon with core PCE ending the year at 2.1% up from 1.9% in June.

A primary driver for the rising core CPI rate is rental rates, perhaps the result of a growing housing shortage. Moreover, what about tariffs? Are they not inflationary? Against this backdrop, I think the core PCE will end the year around 2.3%.

In my view, inflationary expectations are pivotal in discerning potential market direction. As written ad infinitum, interest rates are a dominant factor regarding equity valuations. In order to justify greater valuations in a higher interest rate environment, profits must accelerate.