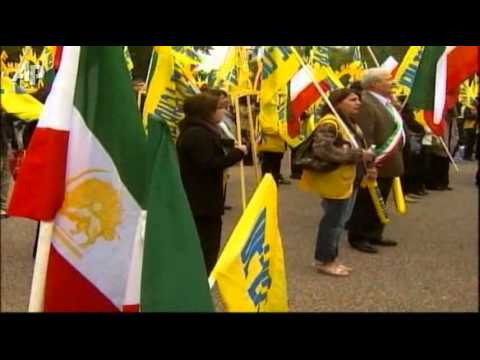 “This indictment demonstrates the commitment of the Department of Justice to hold accountable agents of foreign governments who act illegally within the United States, especially where those agents are conducting surveillance of individuals and Constitutionally-protected activities in this country,” said Jessie K. Liu, United States Attorney for the District of Columbia.

“This alleged activity demonstrates a continued interest in targeting the United States, as well as potential opposition groups located in the United States,” said Acting Executive Assistant Director McGarrity. “The FBI will continue to identify and disrupt those individuals who seek to engage in unlawful activity, on behalf of Iran, on US soil.”

The indictment charged Doostdar and Ghorbani with knowingly acting as agents of the government of Iran without prior notification to the Attorney General, providing services to Iran in violation of U.S. sanctions, and conspiracy.  Both defendants were arrested on Aug. 9, pursuant to criminal complaints issued by the U.S. District Court for the District of Columbia.  Those complaints were unsealed today.

According to the indictment, in or about July 2017, Doostdar traveled to the United States from Iran in order to collect intelligence information about entities and individuals considered by the government of Iran to be enemies of that regime, including Israeli and Jewish interests, and individuals associated with the MEK, a group that advocates the overthrow of the current Iranian government.

On or about July 21, 2017, Doostdar is alleged to have conducted surveillance of the Rohr Chabad House, a Jewish institution located in Chicago, including photographing the security features surrounding the facility.

On or about Sept. 20, 2017, Ghorbani is alleged to have attended a MEK rally in New York City, during which he photographed individuals participating in the protest against the current Iranian regime.  In or about December 2017, Doostdar returned to the United States from Iran and made contact with Ghorbani in the Los Angeles area.  During the meeting, Doostdar paid Ghorbani approximately $2,000 in cash and Ghorbani delivered to him 28 photographs taken at the September 2017 MEK rally, many of which contained hand-written annotations identifying the individuals who appeared in the photos.  These photographs, along with a hand-written receipt for $2000, were found concealed in Doostdar’s luggage as he transited a U.S. airport on his return to Iran in December 2017.

The indictment also alleges that Ghorbani traveled to Iran in or about March 2018, after informing Doostdar that he would be going to Iran to conduct an “in-person briefing.”  Thereafter, on or about May 4, Ghorbani attended the MEK-affiliated 2018 Iran Freedom Convention for Human Rights in Washington, D.C.  During the course of the conference, Ghorbani appeared to photograph certain speakers and attendees, which included delegations from across the United States.  On May 14, Doostdar called Ghorbani to discuss clandestine methods Ghorbani should use in order to provide this information to Iran.

Ghorbani is scheduled to appear for a detention hearing in the U.S. District Court for the District of Columbia at 9:30 a.m. on Tuesday, Aug. 21, before the Honorable G. Michael Harvey.