Mark Blattner, CEO of the Jewish Federation of Greater Portland (JFC-GP), appears to have swallowed today’s deadly multiculturalism pill, a hallucinogenic that causes its victims to believe that mixing two disparate cultures can bring about an egalitarian Utopian society. Despite the many books written about the decline of civilizations under Islam, there are still too many misguided people on the left who, whether wittingly or not, act to bring Israel to destruction. We are already seeing evidence that while differences in race and religions can work very well, the invasion of a theocratic culture, such as Islam, can cause the demise of the host culture. This explains why there are so many Islamic tyrannical regimes in the east and why Sweden may be taking her last breath in the west.

In a world that often views Israelis and Jews as pariahs, there is only one bona fide homeland for the Jewish people who, after thousands of years of suffering on foreign soil, were finally able to reclaim their ancient homeland in 1948. They re-built and transformed the neglected desert and malarial swampland into a modern, thriving, innovative state, yet there are still some American Jews who seem to resent their brethren’s freedoms and accomplishment. These voices from the Diaspora claim to be “a strong supporter of Israel,” but the words ring empty as the ADL (Anti-Defamation League), the AJC (American Jewish Congress) and JFCGP persist in denying Israel’s right to their own complete independence, self-rule, dignity, language, flag, holidays, Jewish customs and laws, and Jewish culture, unapologetically and unbeholden to others, on this one piece of land that 22,145 km compared to the Arab world’s 12,061,226 km, with Israel’s population of 8,585,000 (in 2016) to the Arab world’s 330,000,000 (in 2007). No other country is asked to hyphenate its identity and destiny.

These “strong supporters” have not defined their support; it is an empty statement. While they try to appear altruistic, they are speaking out against the Nation-State Law that protects Israel’s interests and her continued existence. Contrary to the rhetoric, the Law does not affect the individual civil, political or human rights of Israel’s minority groups. They retain their rights to vote, to employment, housing, and transportation. It does, however, clearly reserve the collective right of national self-determination in the state to the Jewish people, the fundamental principle of Zionism. Ronald Lauder and the AJC abuse Israel’s nationalism, but it is precisely that concept of nationalism plus borders that are helping some countries (Hungary, Poland, Latvia and The Czech Republic) survive the Islamic onslaught being experienced by their less wise neighbors. 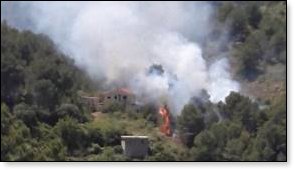 Where were the ADL, AJC, and Jewish Federations when Israel fought for her survival against Islam’s multiple wars, Intifada attacks and constant barrage of rockets since before her declaration of statehood? They were mute then and they remain mute now, through the current fire jihad that has destroyed more than 82,000 acres of forestry and agriculture, livestock, homes, livelihoods, irreplaceable personal belongings, and impaired the pulmonary and emotional health of the residents. The groups are silent when Palestinians destroy precious Hebrew artifacts beneath the Temple Mount, and absurdly absent when President Trump acknowledged and formally declared Jerusalem the Eternal Capital of Israel. We hear no voices against the anti-Semitic textbooks in American schools and they do not support President Trump’s attempt to keep Americans safe from violent Islamic migrants who cross our own borders. There is no doubt that the ADL, AJC, and regrettably others are Progressives, globalists, who desire one large chaotic world with one ruler at the top for which the masses will have neither voice nor vote. 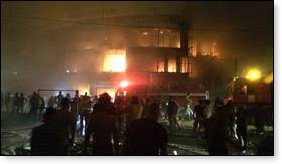 The Left seeks parity from disparity and expects Israel to do with her invaders what no other country has been able to do – welcome as equal, for a peaceful coexistence, the Arabs who have imposed hate, death, and destruction on Israel even before its sovereignty was established. The Muslim invaders changed the Middle East and Persia drastically and are now slowly destroying Sweden, Germany, England, the Netherlands, Italy and France and others. The Muslims are marching, terrorizing the host population, and violently wrecking property. They are wreaking havoc so that women are no longer able to walk the streets in safety, for fear of firebombs, acid attacks or rape for not dressing in full Islamic shroud. The Jews may no longer wear kippahs or any other Jewish-identifying clothing or attend synagogues in those countries. They are being forced to leave behind their homes, businesses, and friends and, in many instances, go to Israel, where the American do-gooders are willing to have them live through a repeat performance. Poland, Hungary, Latvia and the Czech Republic are refusing the migrants entry despite intimidation from the European Union. Meanwhile, in the rest of Europe, Muslims are manipulating themselves into positions of authority in order to Islamize the established culture. Ninety self-identified Muslims are running for office in the U.S.

What the Lauders of our world do not understand is what could happen if the Muslims had equal status, and ultimately equal population, in Israel. They would establish sharia courts to supersede the laws of the land and enact Islamic punishments (beheading, stoning, whipping, chopping limbs) for even the simplest of crimes. They would insist on Female Genital Mutilation on young girls, allow the marriage of adult males to prepubescent girls, allow bigamy (four wives per man), and sanction wife beating as a religious prerogative. They would establish Islamic holidays as national and mandatory, allowing for the inhumane, barbaric torture of cattle as they’re driven to slaughter, and insist on halal foods in all public venues. They would declare Jewish holidays, dance, music, and other festivities offensive, beginning with “no-go” zones. To ensure the wearing of burqas, they would mass-rape women until they complied. What the adherents of Islam cannot accomplish through law, they would enforce with the same violence seen in Islamic countries and Europe today. 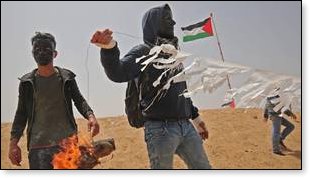 The time would come in Israel for Arab men to apply for social services in support of their numerous wives and children, that would be approved by at least the Arab half of the Israeli government and drain Israel’s coffers. As the number of rage-filled youths proliferates to exceed the Jewish population, perhaps in one generation, they will create enough riots and chaos to reach their stated goal to free Israel of the Jews “from the river to the sea,” the call for genocide. Within a matter of a few years, we could see Ronald Lauder being lauded in New York for his donation to the new memorial or museum to the State of Israel, but just as he would be ready to speak, there would be the unnerving tremble of an imminent, severe earthquake. His mother, Estee Lauder, would be turning over and over in her grave.

Ronald Lauder has tried to impose a psychological threat against Israel, saying that he sees American-Jewish youth becoming less attached to their heritage and that his suggestions are the remedy, but that is not the case. American youth, in general, are propagandized and Islamized in American schools. They are being robbed of a good education; deprived of math and reading skills; taught that Islam is superior to Judaism and Christianity; and that America has been a colonialist nation, responsible for slavery. From K-12 through universities, our youth are being indoctrinated and disenfranchised by the left, and it has extended to such as the ADL, the AJC, and Jewish Federations, groups once counted as friends and honest supporters of Israel. 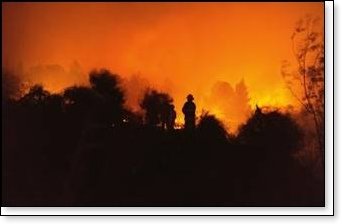