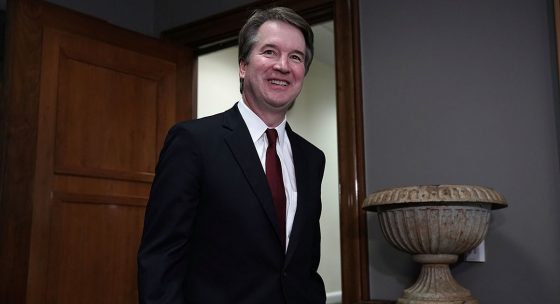 As he was preparing to attend a White House dinner of evangelical leaders, Tony Perkins of the Family Research Council (FRC) sent out a fundraising message in support of President Trump’s nomination of Judge Brett Kavanaugh to the Supreme Court.  What Perkins didn’t reveal to FRC supporters is that Kavanaugh’s mentor on the court, Justice Anthony Kennedy, supported abortion-on-demand and same-sex marriage and that Kavanaugh has promised to uphold Court precedents.

While Trump has a good record of nominating conservative judges, there are growing doubts as to whether Kavanaugh will be a reliable conservative voice. Indeed, with the news that Kavanaugh’s backers include Bob Bennett, the lawyer who represented former President Bill Clinton during the Paula Jones sexual harassment case, we are seeing more indications that Kavanaugh is a Washington insider who has been rubbing elbows with the elites on both sides of the aisle. Kavanaugh was a prosecutor in the Independent Counsel investigation of President Clinton and participated in a cover-up of the murder of Clinton’s Deputy White House Counsel Vincent Foster. Kavanaugh concluded that Foster drove himself to Fort Marcy Park outside of Washington, D.C., and shot himself, even though his car was not at the park at the time and his fingerprints were not on the gun.

Since Kavanaugh participated in the ultimate Clinton cover-up, we have to conclude that much of the left-wing opposition to his nomination is for show, in the same way, that “professional” wrestlers stage their bouts. Bob Bennett’s support demonstrates that Kavanaugh is acceptable to the Swamp.