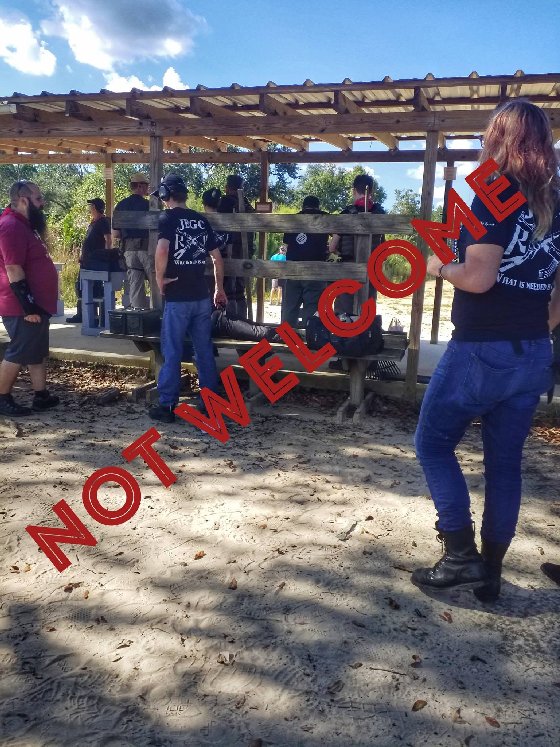 The good people at MCTA Shooting Range & School in Mississippi seem to have had an up-close-and-personal encounter with the communist thugs of Antifa.

Today MCTA Shooting Range & School had the misfortune of JBGC (John brown gun club) show up at our range under false pretense.

For those that do not know, JBGC is the militant faction of ANTIFA.

They scheduled a week ahead of time as a wedding party of 75 that were supposed to arrive at 1300. They, however, did not show up until 1550. After filling out release forms, they preceded to gear up in full gear, vest, and gun belt and red bandanas. It was not until then Thom realized who they were and what they were.

Since they only had 30 minutes to shoot until close, Thom let them shoot. Rather than potentially escalating the issue.

The silver lining in this is that we identified 3 walk-on individuals that are regulars, that have never let on what they are.

MCTA does not welcome these terrorists and those individuals are never welcome on our range ever. This is a formal warning. We will not tolerate terrorist organizations and will call LE at first sight as this is you are NOT WELCOME WARNING.

This is just one instance of Antifa actively training as a group to take out Americans in a given situation. Perhaps all shooting ranges and schools should check to make sure that the John Brown Gun Club and Antifa are not utilizing their services. Just a thought.