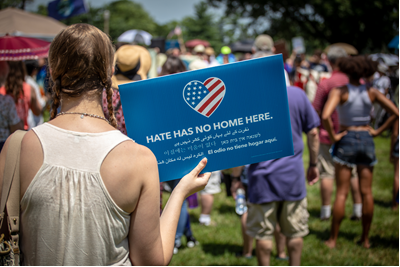 The refugee resettlement program is popular with many policymakers. It enjoys bipartisan support in Congress and statehouses because it supplies low-wage, low skill labor that many big businesses crave while enabling supporters to embrace “diversity” and thus avoid the Left’s favorite attacks and mischaracterizations: “bigot,” “racist,” “xenophobe,” “Islamophobe,” etc. This faux-moralizing on the Left stifles a necessary conversation our nation sorely needs. Meanwhile, the Left’s true motive is to import ever more people from third-world nations that are likely to become reliable Democrat voters once they achieve citizenship.

Under the Trump presidency, the United States’ refugee resettlement has been temporarily reduced, but by no means curtailed. A change in administration could resuscitate it overnight. There are many objectionable aspects of this program, not the least of which is finding resources to fund this enormous undertaking. The difficulty associated with assessing the true costs of the program’s key to resettling refugees presents another obstacle to policymakers at every level of government.

The bill’s impetus was aided by the massive diaspora of the seagoing Vietnamese “Boat People”  happening at the time, however, outlines of a global refugee resettlement agenda were initially framed at the 1976 U.N. Conference on Human Settlements held in Vancouver, Canada—and thus called the Vancouver Plan of Action. While refugee resettlement is perceived as a program to rescue people oppressed in one way or another by their governments (and the refugee definition expresses that sentiment), the U.N. had a larger agenda in mind.

Being entirely socialist in intention and design, the U.N. envisioned redistributing not only wealth but also populations, across the globe. As stated in the document, “Human settlement policies can be powerful tools for the more equitable distribution of income and opportunities.”

The Plan of Action’s recommendations included:

A.2 Human Settlements and Development:

The settlement provisions paid lip service to the notion of national sovereignty and property rights, for example, saying in Settlement policies and Strategies Preamble point 3, “The ideologies of States are reflected in their human settlement policies. These being powerful instruments for change, they must not be used to dispossess people from their homes and their land, or to entrench privilege and exploitation.”

However, point 1 in the preamble to the land section makes clear the U.N. body’s utter contempt for property rights. Points 1 and 2 emphasize that land must be controlled by government, (emphases added):

The U.N. justified these measures based on expectations about population growth, various environmental policies, and of course, as stated in point 1 above, “social justice.” These three concerns later morphed into the three “pillars” of the U.N. Agenda 21’s Sustainability concept: environment, economy and social equity. It is merely socialism repackaged, but it explains why the U.N. has now invented yet another oppressed class in need of resettlement: climate refugees. Ironically, while population control remains at the forefront of U.N. policies, the U.N. simultaneously chastises the West for reducing population growth rates to near zero. Because our populations are aging and not being replaced with enough new births, the U.N. now advocates an increase in Western populations with what it calls “Replacement Migration.”

Senator Kennedy’s bill was almost certainly inspired at least in part by this agenda.  A decade earlier Kennedy—also the architect of the 1965 Immigration and Nationalities Act, which was urged on Congress by leaders of the California Communist Party—echoed what would become the U.N.’s rationale, saying, “All nations are under obligation to eliminate ignorance, poverty, inequality, and injustice.” The bill passed the U.S. Senate with a unanimous vote.

What is the Refugee Resettlement Program?

The refugee resettlement program is administered primarily by three agencies, although more government agencies are involved in supporting refugees once they arrive in the U.S.: the State Department, the Department of Homeland Security, and the Department of Health and Human Services.

The State Department’s Reception and Placement Program is managed by the Bureau of Population, Refugees, and Migration (PRM), which oversees nine public and private Resettlement Support Centers (RSC) across the globe. These centers select refugees—usually from a list of those within refugee camps supplied by the U.N. High Commissioner for Refugees (UNHCR). PRM then assigns selected refugees to nine other private contractors called Voluntary Agencies (VOLAGS), who meet weekly to decide where the refugees will be resettled in the United States. The International Office of Migration (IOM), a U.N. agency, coordinates with the RSCs and the VOLAGs to bring refugees to the U.S. VOLAGs are provided State Department seed grants of $2,125 per-head to resettle refugees. VOLAGs are allowed to pocket about 45 percent of this and use the rest to pay initial resettlement costs.

Both the Department of Homeland Security’s U.S. Citizenship and Immigration Service (USCIS), and Customs and Border Protection (CBP) vet refugees. Under President Obama, the vetting process was excessively lax, despite the existential threat of terrorism. But under President Trump’s “extreme vetting,” the refugee flow has been reduced substantially, as more individuals are removed from the pool of possible immigrants.

The Department of Health and Human Service’s Office of Refugee Resettlement (ORR) provides most funding for state refugee resettlement programs over and above the seed money provided by the State Department’s Bureau of Population, Migration, and Refugees. The Office of Refugee Resettlement also offers numerous grants for refugee social services, business startups, and other funding ostensibly to help qualified refugee populations get established in the U.S.

In the next installment of Resettling Refugees, learn how large the pool of potential refugees is and how the program is administered.