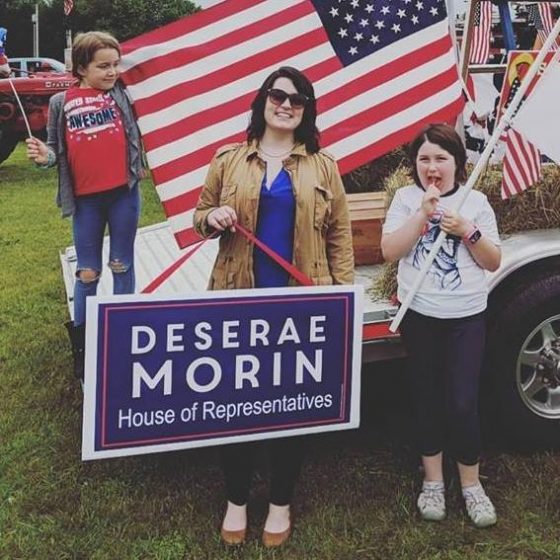 “My entire platform consists of protecting individual liberty, ensuring small government, reducing taxes, increasing personal choices and a deep commitment to the Constitution… Apparently, these are things that make the socialists want to kill me… How telling,” she wrote on Facebook. Indeed it is… and let’s stop calling them socialists. They are actually communists.

“I’m very outspoken. I’m very well spoken. I’m a real threat to socialism, and now socialism is a real threat to me,” Morin told WCAX. “I’m trying not to take it too seriously, because it’s most likely, it’s just an empty threat,” she added. I would not chance that if I were her. The communists are getting bolder and bolder and sooner or later, they are going to go over the edge and take someone out. Then it’s game on.

Morin is staying vigilant for her family. State Police have opened an investigation and Morin says there is also an internal Post Office task force looking into the letter. She says she also fears for her young female supporters.

“I’m not comfortable asking them to come out anymore because I don’t want to be responsible for somebody else getting hurt. I feel like I have to protect them now,” Morin said.

Morin believes being a Republican woman may be a factor in the threats. 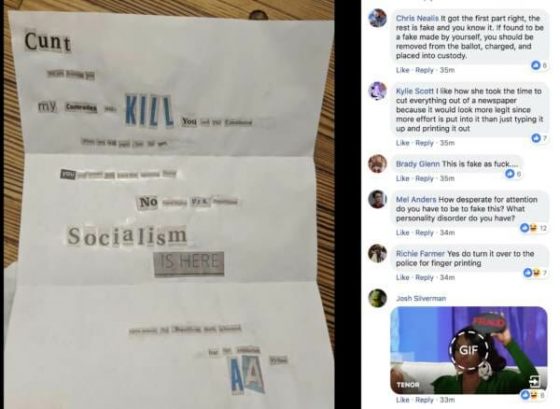 “It’s like how dare you? I’m a traitor to their ideology. Like they just assume, because I’m young and I’m female that automatically I should be leftist and I’m not and that makes people really mad at me,” Morin stated. She also says some of the cutout letters in the threat are from her own business cards.

Morin believes the perpetrator was a local because her own campaign materials were used on the envelope. “That’s the part that bothers me the most,” she wrote. “That’s the main reason why I am taking this so seriously and working with the police and the post office. It feels very real and menacing when you know the threat is so close.”

The left who demanded Dr. Ford be believed against Justice Kavanaugh when her story was nothing more than Swiss cheese, just as her credibility was, is now threatening Republican women with rape and murder. How very progressive of them. The left is being whipped into a violent frenzy by Democrats and this powder keg is getting ready to explode.

Socialism and communism are definitely here… no doubt about that. And the accompanying violence and chaos have arrived with them. 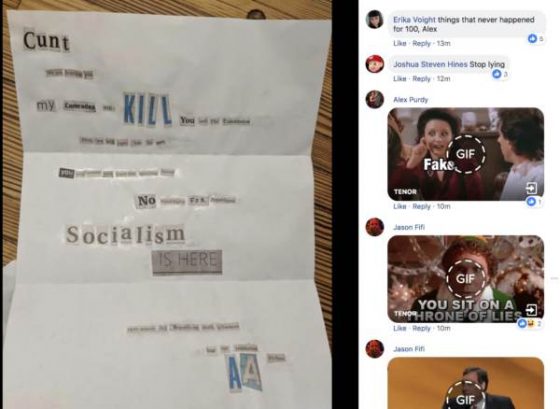 Morin has issued a call to action for anyone who supports liberty and small government:

Please vote in November and vote for candidates who support individual liberty and small government. I don’t care what side of the aisle they are on. Find those candidates and vote for them. Most of them are Republican or Libertarian, but there may be a few good Democrats out there who actually understand our Constitutional Republic and aren’t working to erode it. It doesn’t matter what party they are with as long as they are working to reign in government and preserve our freedoms they deserve your vote. If there aren’t any candidates in your district fighting for individual liberty and small government then get ready to run in 2020. We need more patriots in office or I fear we will lose everything.

You’ve got to give it to Morin… she’s not backing down. Good for her. She sounds like a true conservative too.

She’s right. We have to vote in the midterms like our country and our lives depend on it because they do. We are being censored, intimidated and threatened. Time to fight back. Start with the voting booth. 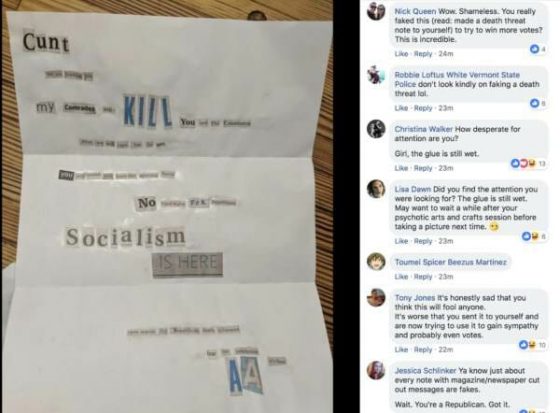 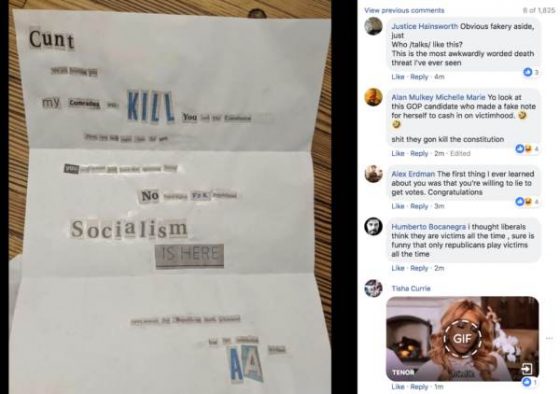 4 thoughts on “Vermont GOP Candidate Receives Violent Threat By Socialists: ‘We will rape you for days…open season for Republican death’”