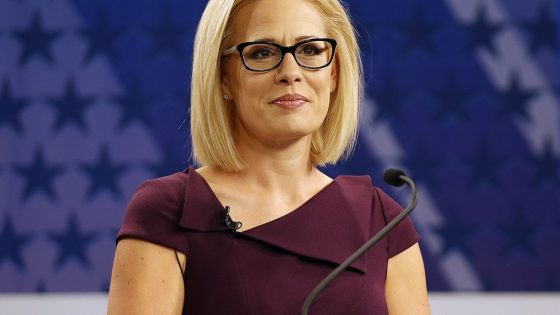 What’s a bi-sexual, brazen commie like Kyrsten Sinama to do when she loses the support of a union? Specifically, the Arizona State Troopers Association who represents state public safety employees. For the life of me, I don’t understand why they endorsed her in the first place. The woman is 100% Marxist and a dishonest one at that.

Evidently, the executive board went rogue and endorsed Kyrsten Sinema (D) without the input of their members. Bad union execs… bad. Troopers by and large believe in the rule of law, not socialism and ‘progressive’ politics.

Sinema is in a catfight with U.S. Rep. Martha McSally, a Republican, for the seat being vacated by Republican Sen. Jeff Flake. And although polls show the race is tight, I can’t imagine Arizonans picking a communist over a conservative veteran. I highly doubt Sinema will win this race. Arizona is a great state and deserves conservative, sane leadership. Not communist ideals. 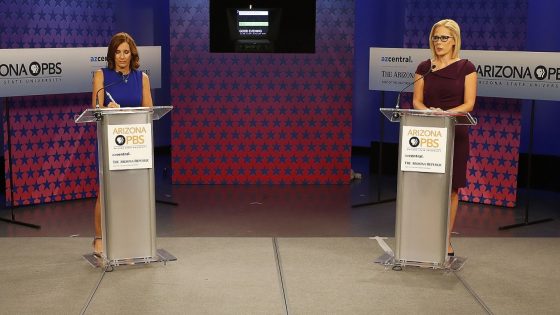 Members of the association hotly objected to the endorsement made by the board, so the Arizona State Troopers Association polled its members in an email Monday, asking whether they wanted to endorse Sinema or stay neutral, the Arizona Republic reported. One wonders why endorsing McSally wasn’t an option, but I digress.

The poll clearly indicated “the membership has indicated a preference to stay neutral.” “All members are encouraged to vote for the candidate they personally support,” the email said. “AZ Troopers will refrain from any political statements concerning the race until the conclusion of the election.”

Dave McDowell, who is an association member and a retired lieutenant, said that members weren’t consulted before the endorsement. “That displeased a number of members, including myself,” McDowell said. I bet that’s an understatement of some magnitude.

McDowell said he supports McSally but doesn’t think the union should be endorsing any particular candidate. I can understand that stance.

Michael Stouffer, a retired Arizona Department of Public Safety sergeant and a member of the Arizona State Troopers Association for 40 years, said he was “terribly disappointed … It seems quite clear that our board of directors was either naïve or either overlooked the opportunity to assess the sensitivity and importance of this particular election and how it might be perceived by the membership.”

“The Troopers have spoken,” a McSally campaign spokeswoman said in a text message to the Arizona Republic. But dig this… Sinema’s brother is a Tucson police officer and she has received the union’s endorsement in her past three campaigns. What is wrong with you people? Geez. No wonder the members are ticked.

Sinema’s campaign issued an email that diplomatically said they respect the association’s decision. “We respect the association’s decision to remain neutral given the divisive tone of the race and appreciate their support for Kyrsten’s past three elections, as well as continued support from members and law enforcement officers across the state,” a spokeswoman said. I have serious doubts about any officer that supports this Marxist.

The campaign had bragged about the association’s endorsement in an ad spotlighting law enforcement and border issues. What a freaking joke. The ad is no longer running, the campaign said, because it had run its course and a change was ordered Friday. I’m sure that President Trump sending the military to the border to stop the invasion from the south also had something to do with this.

Leaving Arizona after a fantastic Rally last night, in Mesa, honoring, and for, Martha @RepMcSally McSally. She is an inspiration & will be a GREAT SENATOR for the people of Arizona. Her opponent is a Nancy Pelosi puppet, really bad for State. Early Voting NOW! Will be back soon.

President Trump has endorsed McSally. He called her a “great veteran” and a “great fighter,” while describing Sinema as a far-left extremist. That’s actually being too nice concerning Sinema.

This has been a beastie of a race. McSally asked Sinema to apologize for comments she made during a 2003 radio interview about American intervention in Iraq and Afghanistan at the end of a contentious Oct. 15 debate. Sinema said McSally plays dirty. McSally called Sinema a liar, which of course, she is.

McSally made a comment about joining the Taliban, to which Sinema responded, “I don’t care if you want to do that, go ahead.” McSally, a former fighter pilot, accused Sinema of supporting treason and asked her to apologize. The truth hurts… McSally called that exactly right. Sinema was a die-hard anti-war activist… still is if you dig a little.

Kyrsten Sinema is a radical leftist who only poses as a moderate. In other words, she wouldn’t know the truth if she was trout-smacked with it. Arizonans need to get out and vote and make sure that another communist doesn’t get more power in the Grand Canyon state.