Will $1 Trillion Be Known As The Top For A Generation?

Trudeau strips Nazi of Canadian citizenship — but not ISIS members

Why did nobody mention that Beto O’Rourke’s wife is a billionaire heiress?

Mexico deploys hundreds of police to reinforce border with Guatemala

Remember the 5 GITMO terrorists Obama traded for Bergdahl? They’re back…

The Left In America: Much More Leninist

MIGRANT CARAVAN: U.S. MILITARY WILL HAVE UP TO 14,000 TROOPS, MANY ARMED, READY TO INTERVENE AT MEXICO BORDER

Trump Slams Paul Ryan: He ‘Knows Nothing’ About Birthright Citizenship 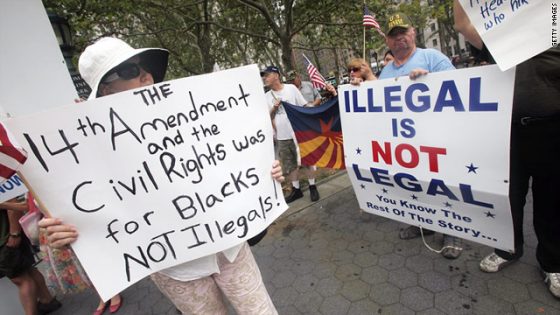 END_OF_DOCUMENT_TOKEN_TO_BE_REPLACED

October left all bruised. Today’s rules that are based on investing models were supposed to take the guesswork out of buying and selling decisions, utilizing technology and using math to eliminate emotions. I think most will agree that such programs are now being questioned. Will October be regarded as the month that all of yesterday’s no-lose strategies failed?

Speaking of possible tops, will $1 trillion end up being known as the Top for a Generation? Two companies “Amazon and Apple” reached this plateau and the media was filled with the countdown for the next companies to make it to this stratospheric level. At the time of this writing, Amazon is down about 23% month to date and over $275 billion from its September apex. Apple is still worth $1.02 trillion but is down about 7% for the month and 9% from its peak.

Yesterday equities had a tumultuous day, ending higher after a robust buying that occurred in the final 30 minutes of trading. At the close, Facebook posted results that perhaps proved to be “good enough.” I am certain the interpretation of the results will change several times throughout the day.

At the close today, Apple posts results. How will they be interpreted?

The Dow should open moderately higher on earnings and robust foreign markets. The 10-year is off 5/32 to yield 3.15%.