The Marxist Plan For A One-Party State Is On Track

Amazon wants to open 3,000 cashier-less grocery stores — and they’ll have a major advantage over their competitors

Record border crossings in October. What is the administration doing?

Matt Gaetz: Democrats ‘Are Testing What They Can Get Away With’ to ‘Steal 2020’

Michigan Faith Communities In The Cross-Hairs

Rebecca Ratcliffe’s article in the Guardian, (Women in Paradise face violence and political exclusion, campaigner tells UN, Oct. 26), concerned Randa Siniora, director of the Women’s Centre for Legal Aid and Counseling, and her recent address to the UN Security Council.  Siniora presented multi-faceted accusations against Israel, with scant background or context.  She referred to Israel as an occupying power despite the UN’s declaration of Israel’s sovereignty as a state in 1948 over territory that had been Jewish-occupied for 3,000+ years, and never ruled or developed by Muslims.  The brief “occupation” of Gaza by Israel, won in a defensive battle against five attacking Islamic armies, was voluntarily relinquished in 2005; Gaza has since been ruled by the Palestinian Authority and Hamas, a terrorist organization.  Siniora’s address represents Islam’s perpetual jihad.  To Islam, the entire world falls into two kinds of “houses” – The House of Peace, Dar al-Islam, the land that Islam as already conquered, and the House of War or Chaos, Dar al-Harb, literally the rest of the world that is targeted for conquest for Allah (8:40).  There are no other designations.

Siniora shamelessly provided partial stories in an effort to elicit a biased response.  She spoke of women being chased from their homes, but neglected to explain whether the homes were legitimately built on land zoned for such construction, in keeping with Israel’s laws (and particularly because of Israel’s size), or if the homes belonged to the families of Palestinian terrorists who had harmed or killed Israeli citizens.  Or they may have been the families of the young men who were responsible for the incendiary balloons and kites that destroyed seven square miles of agricultural land, forestry, nature reserves, livestock, people’s homes and livelihoods, and causing respiratory illnesses.  She chooses to not acknowledge these deadly activities or the bombed school buses, bus stations, and restaurants; the terror tunnels that lead to schools and villages for the sole purpose of murder or kidnapping.  (At this writing, the Palestinians fired 400+ rockets today alone into Israel.)  The confiscation of their families’ homes as a consequence of these actions is a very light penalty, indeed.

On the inflated claim of a “humanitarian crisis,” she was also seeking additional funding for UNRWA, which was established in 1949 to support the 700,000 Arab refugees who fled the Arab armies’ attack against Israel, but which offered no safe haven to their brethren; the funds were never extended to the more than 850,000 Jews who fled Arab and Muslim persecution around the same time.  It is time to reduce the aid due to its “endless and exponentially expanding community of entitled beneficiaries,” the Palestinian rejection of Israel’s sovereignty and Jerusalem as its capital, their constant animus toward the United States, and because much of the subsidy is funneled through the UNRWA to support terrorism.  By allowing them to appropriate our humanitarian funds for killing, we have become their accomplices.

END_OF_DOCUMENT_TOKEN_TO_BE_REPLACED 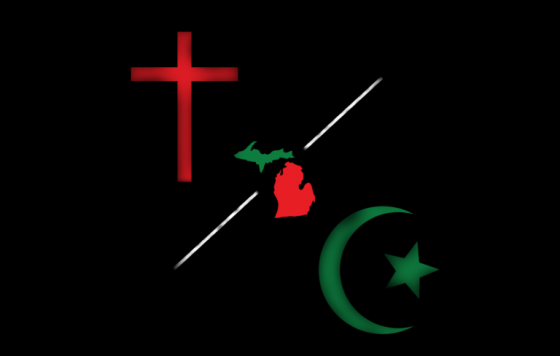 Islam’s goal in the West, as articulated in the Muslim Brotherhood’s Explanatory Memorandum, is to destroy the legal and political institutions of our society and replace them with the rule of shariah (Islamic Law). To accomplish this goal, U.S. Muslim political leaders have partnered with the Left, giving them otherwise unavailable access to the many institutions controlled by the Left.

As described further on, and as most of us know through our own experience, this control extends to many U.S. mainline churches and synagogues, which the Left has turned into little more than propaganda shops for the latest leftwing fad. In so doing, they have opened the door to Islam to first present itself to Christians and Jews in a non-threatening manner and then to begin the process of “dawah,” that is, the proselytizing or preaching of Islam. Today, even some evangelical churches have fallen for the trap. It is called “Interfaith Dialogue.”

According to Gallup Polls, about 75 percent of Americans consider themselves Christians.[1] In Michigan, a Pew Research poll on religion found that 70 percent of adults identify as Christians. Of these, 25 percent are evangelicals, 18 percent are what Pew terms “mainline” Protestants, with another 8 percent categorized as “Historically Black Protestant.”  Eighteen percent are Catholic, and about 1 percent are Orthodox, Mormon, Jehovah’s Witnesses or others. Non-Christian believers make up only 5 percent of Michigan’s population.

END_OF_DOCUMENT_TOKEN_TO_BE_REPLACED 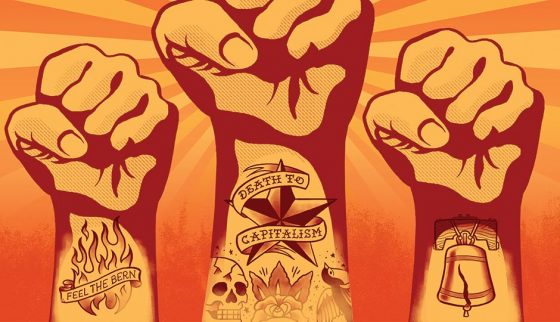