Drinking The Kool-Aid: How And Why Communist Ideology Kills

Dem Rep. Eric Swalwell: If We Confiscate Your Guns And You Fight Back, We Will Nuke You

Venezuela is rolling out a new ID card manufactured in China that can track, reward, and punish citizens

Violence breaks out as first wave of migrant caravan arrives in Tijuana, Mexico

Hezbollah Is Ramping Up South of the US

Across US, tax dollars being poured into ‘legal defense fund for illegals’

Beto O’Rourke on 2020: ‘I Haven’t Made Any Decisions About Anything’

After Abstaining For 22 Years, US Will Vote Against ‘Useless’ Annual UN Resolution on Golan Heights 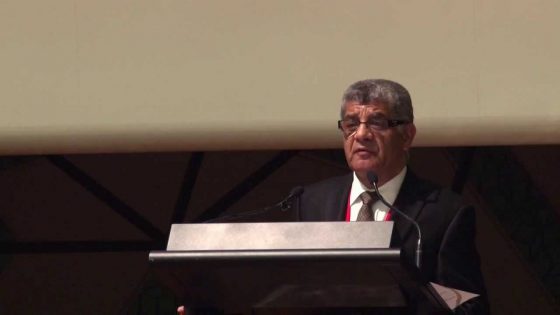 Egyptian “democracy” is an endless comedy if you’re not suffering at the hands of it. Last month, Amr Hamroush, a graduate of Al-Ahzar Institute and a member of the Egyptian Parliament as well as secretary of the Committee of Religious Affairs and Endowments introduced a resolution to criminalize the act of “insulting historic figures.” Hamroush’s resolution is written in vague terms and lacks definition for “historic figures and symbols.”

Using the term “mockers” for those who criticize and “insult,” the bill’s author says the issue will not be up for public debate. Such would have a negative and dangerous effect on Egyptians, he adds. The parliamentary bill was under review for the entire month of October and is now up for discussion in the fall session.

Historically, Egypt’s government addressed restrictions on speech just two other times. The more recent was an amendment to the constitution in 1977 called “The Law of Defective Values.” With this, Sadat muzzled opposition voices to his visit to Israel and the subsequent signing of the Camp David peace treaty. Many years earlier when King Farouk came under criticism by Egyptians, he amended the 1923 constitution by adding “The Law of Perfection of the Royal Identity” and included the statement, “The king is the supreme head of the state and above criticism.”

END_OF_DOCUMENT_TOKEN_TO_BE_REPLACED

Daniel Flynn, the author of Cult City, explains the nature of the Democratic Party political machine that included communist cult leader and sex pervert Jim Jones and resulted in the “revolutionary suicide” of 900 people in Guyana in 1978. Turns out that Rep. Nancy Pelosi praised one of Jones’ main supporters, Dr. Garlton Goodlett, years after Goodlett was exposed as a communist with high-level Soviet/Russian connections. On the 40th anniversary of the mass murder, where is the investigation of this Russia-gate scandal?