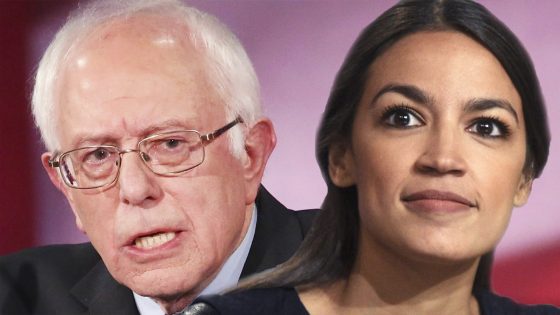 In the early 1980s, a DSA Hawaii membership list included the names of Neil Abercrombie; his wife, Nancie Caraway; and Hawaiian state politician Roland Kotani. In 1985, Caraway was listed as a member of the DSA Feminist Commission.

Disgraced former Rep. John Conyers was elected to the House of Representatives in 1964 on a platform of “jobs, justice, and peace.” He served Michigan’s 13th District until he was forced to retire over sexual harassment allegations in 2017. His replacement was fellow DSA comrade Rashida Tlaib. Conyers did incalculable damage to U.S. national security and economic interests throughout his 53-year career.

For many years, Conyers oversaw the Department of Justice and the FBI as chairman of the powerful House Judiciary Committee. He used his role to help abolish the House Un-American Activities Committee, which was founded to investigate subversive activity in America.

After pushing the Communist Party USA line for decades, Conyers became an initiator of the Democratic Socialist Organizing Committee (DSOC) in 1973. When the DSOC became the DSA in 1982, Conyers gave the keynote speech at the founding convention in Detroit.

That same year, in an article on Bernie Sanders titled “Bernie of Burlington,” Jon Margolis of the New Republic wrote, “Two Congressmen, Ron Dellums of California and John Conyers of Michigan, are members of the Democratic Socialists of America, as are many state legislators and some county board members.”

On Oct. 2, 2010, Conyers spoke at a District of Columbia DSA meeting following the leftist One Nation Rally event, which had taken place earlier that day. Among those present were DSA leader Frank Llewellyn and Detroit DSA chair David Green.

During his talk, Conyers stated that he was supporting DSA-aligned Ohio Congressman Dennis Kucinich‘s measure to make a U.S. Department of Peace. He also referred to Barack Obama as his “beloved 44th President.” Conyers went on to say of the president: “I see that us making him more cooperative with our plans is going to strengthen him and not weaken him. … Whose job do you think it is to get him straightened out and get him on the right track? Ours! Ours!”

According to the March/April 2011 issue of the Chicago branch of the DSA’s publication New Ground:

“The need for Federal action should be obvious. To that end, DSA supports H.R. 870, The Humphrey-Hawkins 21st Century Full Employment and Training Act, introduced into the House of Representatives by John Conyers, U.S. Representative from Detroit, and friend of DSA.

“This bill introduces several strategies to generate jobs, including the establishment of a National Full Employment Trust Fund to create employment opportunities for the unemployed, financed (budget-neutral) by a tax on securities transactions. Introduced by Representative John Conyers, Jr. (MI-14) on March 2nd, the bill recently gained its 6th cosponsor, Bob Filner (CA-51).”

It should be noted that Rep. Bob Filner was also a close friend of the DSA.

According to the Detroit DSA newsletter from May 2012, the DSA Political Action Committee held a fundraising reception for Conyers at Colors Restaurant on May 27, 2012.

“John Conyers is an icon to the progressive community. … As the ranking member of the House Judiciary Committee, he opposed the Patriot Act and has been a staunch defender of civil liberties. He is the sponsor of the Medicare for All Act (HR 676), a single-payer health insurance bill which would provide comprehensive health care benefits to all Americans while simultaneously containing health care costs.

“He is the sponsor of the Humphrey-Hawkins 21st Century Full Employment and Training Act (HR 870), a bill which would use a tax on financial transactions to create a national jobs program aimed at producing three to four million new jobs per year in infrastructure improvement, social services, and green energy. In short, Congressman Conyers shares our politics.”

Rep. Danny Davis has served Illinois’s 7th District since 1996. He also has had a close and ongoing relationship with the DSA.

According to the February/March 1983 edition of the Chicago Socialist, Davis, then alderman of Chicago, lectured at the Chicago DSA’s Socialist School.

In 1989, Davis gave the opening address at the Chicago DSA’s annual Debs Dinner, named after prominent socialist Eugene V. Debs. The following year, the Chicago DSA endorsed Davis in his unsuccessful run for the Chicago mayoralty.

According to the March/April 1996 issue of New Ground, Chicago DSA endorsements in the March 19, 1995, primary election went to Davis and then-candidate for Illinois Senate Barack Obama.

Davis was named as a DSA member in the Summer 2006 issue of Democratic Left.

California Rep. Ron Dellums was elected to the U.S. House of Representatives in 1971, representing the Bay Area District until his retirement in 1998.

In 1990, the DSA produced a pamphlet titled “Health Care for People Not Profit, the Need for a National Health Care System.” Quotes were included in the publication from DSA comrades Dellums, Barbara Ehrenreich, Gerry Hudson, and Linnea Capps, chair of American Public Health Association Socialist Caucus.

On Nov. 11, 1995, Congresswoman Nancy Pelosi and Dellums were featured as keynote speakers for a “public hearing on jobs and economic insecurity,” co-sponsored by the San Francisco DSA.

Despite having close ties to the Communist Party USA and revolutionary Cuba, Dellums was awarded the role of chair of the House Armed Services Committee, where he regularly undermined the U.S. military. Despite his anti-American associations, Dellums had access to large amounts of classified information and used his platform to regularly oppose important defense projects.

For example, Dellums cited American “militarism” in his opposition to increases in the defense budget after the Soviets invaded Afghanistan in December 1979.

Dellums also disliked America’s intelligence agencies. According to the Sept. 23, 1996, issue of the Richmond-Times Dispatch, Dellums declared, “We should dismantle every intelligence agency in this country piece by piece, nail by nail, brick by brick.”

Kilroy was named as a DSA member in the November/December 1992 edition of Democratic Left on page 9, and again in the July/August 1992 edition on page 11, as part of a report on a DSA National board meeting in Washington.

Rep. Jerry Nadler serves the 8th district of New York. Nadler has long been active in the DSOC and then in the DSA.

New York state Assembly members Seymour Posner and Nadler were both identified as members of DSOC in the Aug. 22, 1977, edition of New York Magazine.

The Sept. 19, 1980, edition of the former national security newsletter Information Digest states, “According to Democratic Socialist Organizing Committee founder and chairman Michael Harrington, the influence of the group is disproportionate to its size because of the positions held by some DSOC members within the Democratic Party.

Nadler was identified as a DSA member in the January 1983 edition of Democratic Left on page 14, and he addressed the 1995 DSA National Conference. In July 1996, the DSA Political Action Committee endorsed Nadler in that year’s congressional elections.

New York DSA held the “People’s Hearing on Economic Insecurity” on Oct. 28, 1995. The hearing, chaired by Congressmen Major Owens and Nadler, was the second of 12 planned by DSA locals during the next year.

According to the November/December 1995 issue of Democratic Left:

“With Republicans controlling both Houses of Congress, ‘progressive’ legislation such as Ron Dellums’ Living Wage/Jobs for All Act and Bernie Sanders’ Corporate Responsibility Act ‘can’t get a hearing these days.’ Congressman Ron Dellums thus asked DSA to organize town meetings around the country that could begin to ‘refocus the public debate and unite poor, working and middle-class people around a program for economic justice and growth.’

“‘It’s shocking to me that no one is questioning whether the conservative way is the best way to promote growth,’ agreed Congressmember Nadler. ‘Many economists show that putting more money in the hands of the poor and middle class is more effective and that one dollar spent by the government has greater impact on the economy than one dollar spent by the private sector.’”

Nadler is soon likely to take Conyers’s old job as chairman of the Judiciary Committee. This will give Nadler oversight over the FBI and the Department of Justice. Nadler has already threatened to reinvestigate Supreme Court Justice Brett Kavanaugh and will also lead efforts to impeach President Donald Trump, who he labeled as a “fascist” at a New York town hall in April 2017.

In 1983, Major Owens inherited his seat in the 11th District of New York, Brooklyn, from the late Shirley Chisholm, herself a far-left Democrat.

Regarded as one of the most far-left Democrats in the House, Owens was rated by Americans for Democratic Action as having a voting record that 90–95 percent favored the left.

Owens joined the DSA in February 1987, according to the May/August 1987 issue of Democratic Left.

On the occasion of Owens’s death in 2013, Borenstein eulogized him in the pages of Democratic Left: “I wrote and called his office when we wanted him to speak at one of our events. He never turned us down. Having once paid dues he believed himself to be a lifetime member of DSA and never let me forget my affiliation with the organization, interrupting me from time to time when I said something that surprised him, with ‘Is that the official position of DSA?’”

Rep. Jan Schakowsky has served the Illinois 9th District in the United States House of Representatives since 1998.

In 1983, Schakowsky wrote an article for the February/March issue of DSA’s Chicago Socialist titled “Hopes and fears dominate IPAC conference.”

Schakowsky was named as an “Evanston DSA member” in the January 1986 DSA News on page 2. She was outed again in the June 9, 1986, DSA News in an article titled “DSAers on the move,” which reported on some of Schakowsky’s early electoral forays.

Schakowsky’s husband, Democratic Party power player Robert Creamer, had been a leader of one of the DSA’s predecessors, the New American Movement, in the 1970s.

Schakowsky was honored at Chicago DSA’s May 2000 Debs Dinner for her “work in Congress and the community.”

According to the May/June 2007 edition of Chicago DSA’s New Ground: “There was a memorial for Chicago Democratic Socialists of America leader Carl Shier at Weinstein Brothers in Wilmette on Friday, May 18, 2007. … The current and past AFSCME Council 31 directors, Henry Bayer and Steve Culen, spoke. Deborah Meier and Congresswoman Jan Schakowsky also shared their memories.”

Midwest Academy is a Saul Alinsky-modeled training school for radicals. It was established and continues to be controlled by DSA members and supporters. The Gala Host Committee for the Dec. 10, 2014, Midwest Academy Awards Ceremony included three Congress members, Rep. John Lewis, Rep. Luis Gutierrez, and Schakowsky, who was listed as a Midwest Academy alum.

Most American voters would be surprised to learn that there are no security background checks in Congress. An extreme radical can be elected to Congress, then have access to highly classified information on sensitive committees, such as the Armed Services Committee, Homeland Security Committee—and even the Intelligence Committee.

The U.S. Congress is completely penetrated by enemies of the Constitution. The DSA members and their allies exposed here are just the tip of the iceberg. These individuals are a major threat to America’s national security.