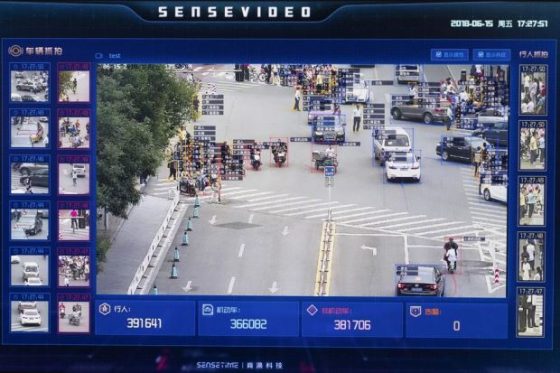 This is where Maoism and communism lead… the utter subjugation of the masses. Make no mistake, it is what the left envisions for America. If the left regains control of America they will utilize massive intelligence compounds such as the one in Utah, using cameras and databases to track our every move. All of us will be subjected to nationwide surveillance and our families, friends and loved ones will pay the price for it. Hell, if tech giants get their way, they will find a way to inject us with neural web technology that can enslave us. Think I’m paranoid? Ask Elon Musk. It’s called “neural lace” technology. It should terrify all of us. I highly recommend you read Dean Koontz’s hellish vision of this in the Jane Hawk series.

China is at the forefront of controlling their people. By the end of 2020, they will have a system in place that watches every move their 1.3 billion people make and judges them on those moves. They will adopt a lifelong points program by 2021 that assigns personalized ratings for each resident. If they step out of line, their score will reflect it. Mortgages/rent, travel, jobs, loans, food allotment… everything will be based on those scores. Think it can’t happen here? The left is already pushing for it. If you think social media is bad, just wait.

The capital city will pool data from several departments to reward and punish some 22 million citizens based on their actions and reputations by the end of 2020, according to a plan posted on the Beijing municipal government’s website on Monday. Those with better so-called social credit will get “green channel” benefits while those who violate laws will find life more difficult.

The Beijing project will improve blacklist systems so that those deemed untrustworthy will be “unable to move even a single step,” according to the government’s plan. Xinhua reported on the proposal Tuesday, while the report posted on the municipal government’s website is dated July 18.

China has long experimented with systems that grade its citizens, rewarding good behavior with streamlined services while punishing bad actions with restrictions and penalties. Critics say such moves are fraught with risks and could lead to systems that reduce humans to little more than a report card. 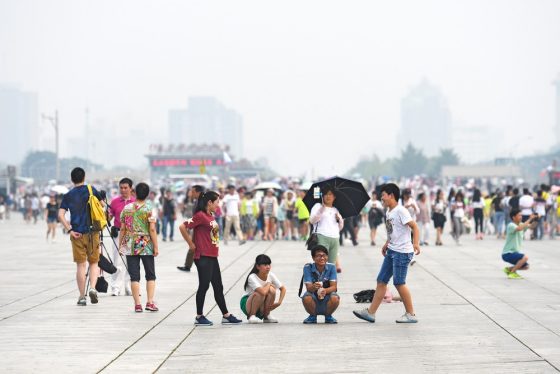 Beijing leads a dozen cities in China in these efforts. It takes oppression to its ultimate conclusion. Hangzhou rolled out its personal credit system earlier this year, rewarding “pro-social behaviors” such as volunteer work and blood donations while punishing those who violate traffic laws and charge under-the-table fees. By the end of May, people with bad credit in China were blocked from booking more than 11 million flights and 4 million high-speed train trips.

Massive databases are being used to record and catalog every move by these individuals. Agencies are all interconnected and they are using a version of hive mentality that isn’t just creepy… it’s deadly. Agencies including tourism bodies, business regulators and transit authorities are now all working together.

The tracking of citizens in China has become easier with the use of apps such as Tencent’s WeChat and Ant Financial’s Alipay, which is a central node for making payments, getting loans and organizing transport. Accounts are generally linked to mobile phone numbers, which in turn require government IDs. Papers, please.

The final version of China’s national social credit system will be something this world has never seen before. It will take communism to a whole new level. As rules forcing social networks and Internet providers to remove anonymity get increasingly enforced and facial recognition systems become more popular with policing bodies, authorities are likely to find everyone from Internet dissenters to train-fare skippers easier to catch and punish than ever before. Look no further than New York, where a bill is on the table requiring three years of social media presence to be reported before you can obtain a gun.

And all of this will be in the hands of those who define what ‘good’ and ‘bad’ behavior is. If you have the wrong political opinion, you will be done for in China. Bad habits like smoking or overeating will do you in as well. It’s a progressive’s dream come true. And it’s already being put forth by Democrats in New York. 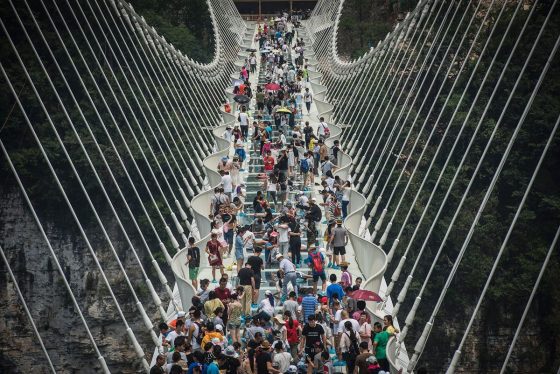 Americans would receive DSCs under Yang’s system for things such as “participating in a town fair,” “fixing a neighbor’s appliance” or “tutoring a student,” his presidential campaign website explains.

“As individuals rack up DSCs, they would have both a permanent balance they’ve earned over their lifetime and a current balance. They could cash the points in for experiences, purchases with participating vendors, support for causes, and transfer points to others for special occasions,” Yang states on his website. “As their permanent balance gets higher, they might qualify for various perks like throwing a pitch at a local ballgame, an audience with their local Congressperson or meeting their state’s most civic-minded athlete or celebrity.”

“The most socially detached would be the most likely to ignore all of this,” he added. “But many people love rewards and feeling valued.”

Every citizen in China is assigned a social credit score that determines whether they can buy plane or train tickets.

Unlike the Chinese system, Yang’s plan does not include using digital social credit for punitive measures.

My understanding of the Chinese system (which is admittedly limited) is that it’s more of a rating that’s externally imposed based on a number of non-opt-in factors, almost like a credit rating, and collates information captured from public surveillance, economic and social media activity, etc… to create a ‘score’ that would then, possibly, be used to ‘blacklist’ people from certain activities. Under my understanding, the Chinese system is more of a score/rating than a system of credits.

Andrew’s platform calls for a system that’s much more akin to time banking, or to points that people earn on their credit cards. There’s no general monitoring of individual activity, and no scraping of social media sites to see what people are up to. Instead, activities such as volunteering or helping your neighbors would earn you credits that could then be traded with others for receiving similar help. For example, I spend 4 hours/week coaching a hockey team in my community, and I use the credits I earn to have a local electrician (who possibly has a kid on the team) help me install a garage door opener. There would also be backing by the federal government for conversion to currency (that would be taxed), or traded in for “fun” activities (such as getting to attend a bill signing).

Yang’s campaign also calls for paying every American a universal basic income of $1,000 a month and government-sponsored journalism. That’s communism, not love. Welcome to an upgraded version of “1984.”

Denise Simon points out that this is already being done to Americans through Facebook, Twitter, YouTube, PayPal, Google, and others. She’s right and I’m living proof of that after being purged and wiped from Facebook.

3 thoughts on “Communism: Beijing To Score And Rank Every Resident Based On Their Behavior By The End Of 2020”