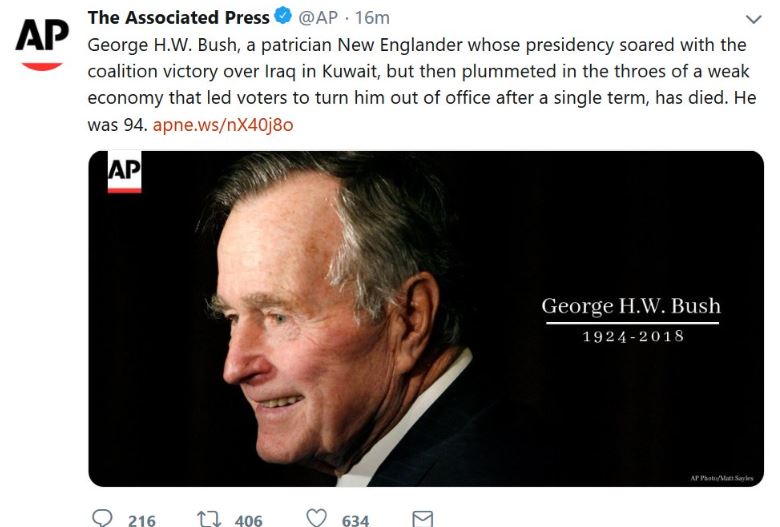 The Associated Press posted a partisan and frankly, disgusting Tweet about the late President George H.W. Bush in the wake of his death. After much controversy, the AP deleted the tweet with a weak excuse that the deleted the disrespectful tweet “because the tweet and the opening of the story referenced his 1992 electoral defeat and omitted his WWII service.”

The initial Tweet, as reported at Chicks on the Right, said “George H.W. Bush, a patrician New Englander whose presidency soared with the coalition victory over Iraq in Kuwait, but then plummeted in the throes of a weak economy that led voters to turn him out of office after a single term, has died. He was 94. ”

Several people noted that the AP gave a better tribute to the communist dictator Fidel Castro upon his death:

One was a tyrannical mass-murderer, the other was George H.W. Bush: honorable man, devoted father, fearless patriot, and former President of the greatest nation on earth.

Guess which one was shown more decency in death by the @AP? Pathetic pic.twitter.com/LWCbgaLyNn

The AP received plenty of heat for the disrespectful tweet, prompting them to delete it. Their explanation is perplexing:

We’ve deleted a tweet and revised a story on the death of President George H.W. Bush because the tweet and the opening of the story referenced his 1992 electoral defeat and omitted his WWII service.

Communist Group Fails to Convince Migrants to March to US Border

President Trump Says He’ll Be ‘Formally Terminating NAFTA’; Congress Can Either Replace Or Have Nothing

SLIMY: Professional Racial Grievance Industry Profiteer Al Sharpton Sells Rights to His Life Story for Over Half a Million Dollars…to His Own ‘Charity’!

“Are You Willing to Die for Your YouTube Sh*t?” – Antifa Thugs With AR15’s Intimidate Journalist Andy Ngo at Seattle Rally – Police Threaten Arrest for Filming 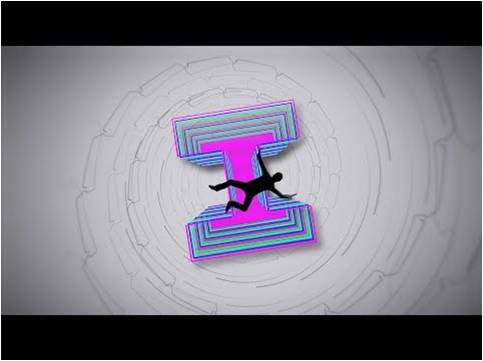 Society at large leans towards self-abuse, it always has. Now, with the advent of the Internet, steroids have been added to the societal process. One thing for sure, we had better learn to control it, or one day it will control us.