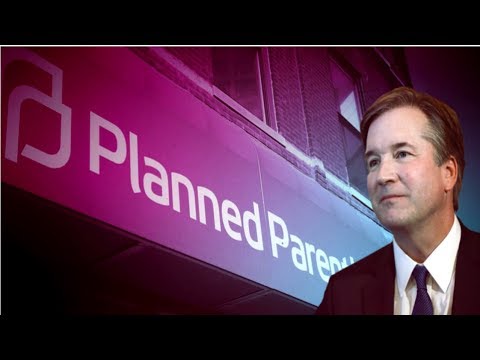 Citizen journalist David Risselada has written a book, Psychopolitics in America: A Nation Under Conquest, in which he explains how so many are being led astray by what passes for the “conservative media.”  Consider the case of Supreme Court Justice Brett Kavanaugh, who was sold by Fox News and other beltway groups as a conservative pro-lifer. After Kavanaugh’s Monday ruling in favor of Planned Parenthood, many grassroots conservatives are beginning to realize they were misled about his real record. One conservative website called it a “betrayal.”

It wasn’t a surprise to us. My group, America’s Survival, Inc., was virtually alone in exposing Kavanaugh’s real record on abortion and other social issues. We published the 44-page report, “The Deep State Wears Black Robes,” and called his nomination a “Trojan Horse.”  Yet, Fox News and other conservative media, as well as various Washington, D.C.-based conservative groups, had advertised Kavanaugh as a strong conservative. Many of them were invited to the White House to listen to Kavanaugh hail the legacy of “liberty” of the man he would replace, pro-abortion and pro-gay Justice Anthony Kennedy. That turned out to be an indication of Kavanaugh’s liberal direction on the court.

We had conducted a careful study of Kavanaugh’s record, noting that he was a virtual clone of Justice Kennedy. A liberal Catholic, Kavanaugh actually had a record of ruling against evangelical chaplains. But one leading conservative told me I had gone off “the deep end” by opposing Kavanaugh. Fox News refused to cover our detailed critique of his record. It was a very controlled “debate” with “both sides” defined so as to exclude the real truth.

END_OF_DOCUMENT_TOKEN_TO_BE_REPLACED

COMEY: DOSSIER WAS UNVERIFIED BEFORE AND AFTER FBI USED IT TO OBTAIN SPY WARRANTS

Ex-communist nation poised to revert to past

The protests began in Paris and continue where some real violence is reported. 2,000 people have been arrested from this past weekend and to date, the damage from the protests has reached an estimated $1 billion. Where is Macron? That is a good question.

France 24 is reporting that this movement, which began mobilizing on Facebook against increases in fuel taxes, has spread to Belgium and the Netherlands.

We cannot omit Canada in all of this.

In Calgary, more than 100 protesters, some accompanied by dogs also decked out in yellow vests, chanted: “No Trudeau. No Trudeau,” outside of city hall. Some yelled “String him up,” others yelled “Traitor!”