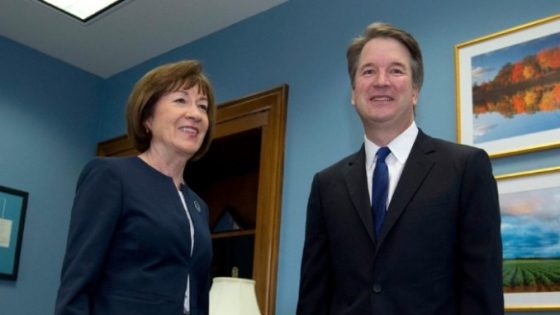 Some of President Trump’s biggest supporters on the Religious Right are now facing humiliation over Justice Brett Kavanaugh’s recent ruling in favor of Planned Parenthood. Kavanaugh, Trump’s second nominee to the court, joined with Chief Justice John Roberts and the liberal justices to declare that Planned Parenthood, the nation’s largest abortion provider, had a constitutional right to taxpayer money.

Rockefeller Republican Senator Susan Collins, who cast a deciding vote in favor of confirming Kavanaugh to the Supreme Court, said she was feeling “vindication” after the new justice’s vote in the Planned Parenthood case. “Planned Parenthood was Brett Kavanaugh’s No. 1 opponent,” Collins said on CNN. “They went after him with everything that they had, and yet when it came to this case, he was able to put that aside and rule impartially, independently.” CNN noted, “Kavanaugh’s vote helped prevent the court from taking up the issue, effectively handing Planned Parenthood a win by leaving two lower court opinions in place.”

The conclusion is that, in order to get his lifetime job, Kavanaugh made a devil’s bargain with one of the most prominent congressional supporters of the abortion industry. It’s clear that he promised liberal Never-Trump Republican Senator Susan Collins that he would vote to preserve the pro-abortion ruling Roe v. Wade.

END_OF_DOCUMENT_TOKEN_TO_BE_REPLACED

For all of you out there that wondered what the heck happened to me over the last couple of weeks, I have answers. 😉

On Dec. 5th I went in to have a hysterectomy. It’s a common surgery and all looked well when I went home a day or so later. Unfortunately, I developed a secondary infection that was very serious. They nuked it with very strong antibiotics that in turn hurt my kidneys. I had to wait until that stabilized to go home.

I will be recovering for a few weeks, but I’m back. Thank you all for supporting me and being so kind.