Just when you think Miley Cyrus can’t get any more disgusting she outdoes herself big time. Yesterday, the raunchy singer evidently teamed up with Marc Jacobs to promote abortion and pump money into taxpayer-funded abortion mill Planned Parenthood with obscene images of the 26-year-old and sweatshirt sales. Doing daddy proud.

Sheer class… in one tasteless photo, Cyrus uses peeled grapefruits to cover her breasts in a topless pic. The image is on a Marc Jacobs hoodie along with the text: “Don’t f*** with my freedom.” According to the clothing company, 100% of the hoodie proceeds will be gifted to Planned Parenthood, an organization that kills some 320,000 unborn babies a year. Cyrus is pushing infanticide… aggressively. Their fundraising hoodie retails for $175 and is set to ship around July 15. 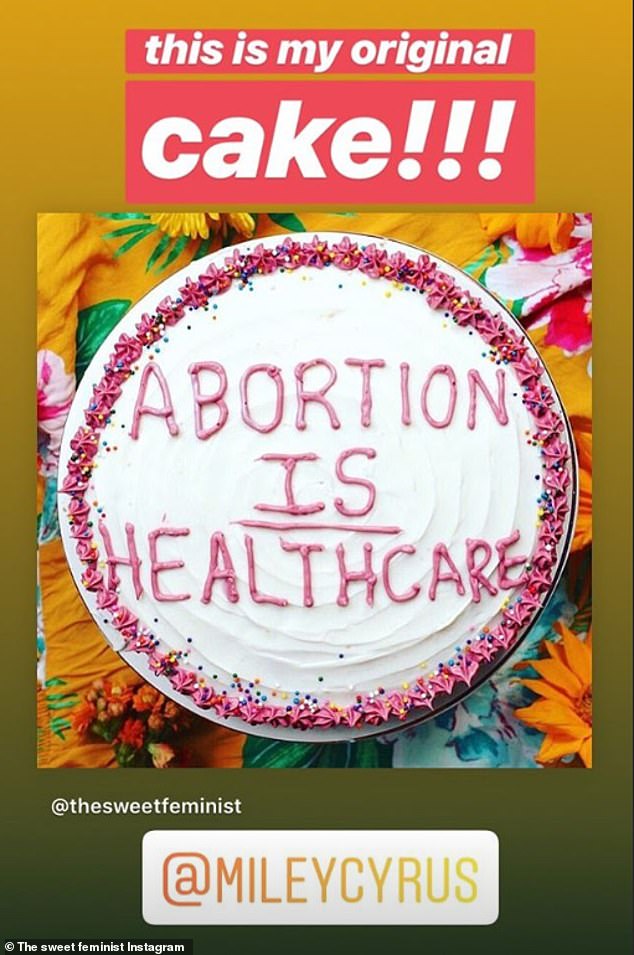 The “She Is Coming” singer, who has been a very vocal advocate for the pro-abortion left, teased the “very special” collaboration to her 94 million Instagram followers. The collaboration involves Planned Parenthood, fashion house Marc Jacobs, and her Happy Hippie Foundation non-profit. “Very special collab with @plannedparenthood @happyhippiefdn @marcjacobs TO BE ANNOUNCED veryyyyyy soon!” Miley Cyrus stated.

“In another photo, Cyrus is seductively licking the icing off a cake which reads, “Abortion is healthcare” — a popular pro-abortion mantra that makes just as much sense as “murder is healthcare.”

“The absurd photos sparked mockery from pro-lifers, but they also surfaced an accusation of design theft from a fellow pro-abortion feminist.

“A D.C.-area baker known as “the sweet feminist” blasted Cyrus via Instagram for allegedly stealing her cake design. “[Miley Cyrus] just announced a collaboration with [Marc Jacobs], [Planned Parenthood], and the [Happy Hippie Foundation] using this image. It is a direct theft of my own original art work from May 2018, with no credit,” she wrote, captioning photos of the two cakes side-by-side. “It’s literally my exact handwriting, message, and concept. Swipe for comparison! Cake art is for everyone, but this is inexcusable.”

“Cyrus replied to the baker in a comment, acknowledging that her team was “inspired” by the baker.

“Hi, we saw the image online and didn’t realize it was yours. We will absolutely tag you for your work,” she wrote. “This image is not on the Marc Jacobs x Planned Parenthood hoodie we made to raise money and awareness for Planned Parenthood which I know is also close to your heart. It is just on the post and not on the merchandise but we will absolutely tag you and give you the credit for your art.”

“If you could please correct your post, as we’re going to make sure you have all the credit you deserve… thanks for sharing your art and inspiring us,” added the “Wrecking Ball” singer.

“Responding to more pushback, Cyrus replied to a commenter who called abortion “selfish” and also rejected the notion that the fatal procedure of abortion is somehow “healthcare” for the unborn.

“So selfish!” the comment read. “Killing people is healthcare? Maybe for you females but ripping hands and legs off an unborn baby isn’t really healthcare for a baby. Start being responsible for other people.”

“Oh that’s right, you only j*** off to while you play xbox live with a bunch of 14 year olds who’s [sic] brains are just as developed as yours,” Cyrus offered as a response, completely evading the issue raised.

“Despite the Hollywood push-back, pro-life legislation is sweeping the nation. A handful of states have passed “heartbeat bills,” banning abortion when an unborn child’s heartbeat is detectable (around six-weeks gestation. Notably, last week, the Democrat governor of Louisiana signed such legislation into law.”

“Of course, this is far from the first time Cyrus has participated in a collaboration benefiting America’s number one abortion provider. The Grammy-nominated crooner teamed up with Marilyn Minter in 2016 for a limited-edition portrait series. One of the most memorable photos featured Cyrus licking glass. At the time, Cyrus said she hoped the portraits would “make some big bucks for Planned Parenthood.”

“Portraits were listed for $5,500, with all proceeds going to Planned Parenthood.”

Disgusting doesn’t quite cut it here. Cyrus embodies every immoral aspect of society currently out there and then some. It’s hard to believe she was an icon for young girls for so long as Hannah Montana. She’s nothing more than a sleazy, twerking harlot. Sorry… that’s just the blunt truth.

Frankly, I don’t see what is so great about Cyrus. She’s not that pretty, she’s not that talented… she is crass and offensive, but those traits are a dime a dozen in Hollywood these days.

She’ll do anything to raise money for the murder and sacrifice of the innocent on the bloody altar of progressivism. Miley Cyrus and Planned Parenthood are a match made in hell. 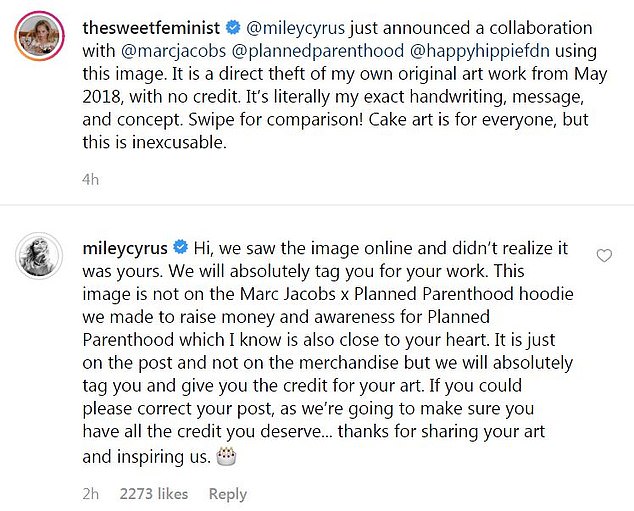