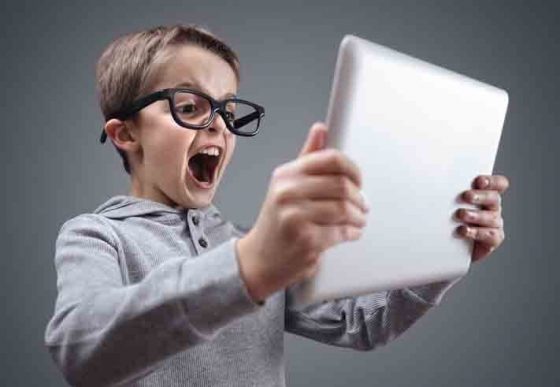 The stated goal of humanitarian huckster-in-chief Barack Obama’s Connect All Schools initiative was to “connect every school in the U.S. with the world by 2016.” Sounds great, just like “hope and change” sounded great until it was exposed as a sinister humanitarian hoax designed to shatter the Judeo-Christian norms and sovereignty of the United States. Let’s review.

Our American children are being indoctrinated to be self-loathing Americans by pro-Muslim, anti-American Muslim Brotherhood propaganda courtesy of Barack Obama’s “Connect All Schools” initiative. The transnational Muslim Brotherhood has the singular goal of spreading Islam worldwide and is “educating” our children with its propaganda. The Muslim Brotherhood Explanatory Memorandum makes it crystal clear that indoctrination of American students through textbooks is a primary tactic to settle the United States of America and make it Muslim.

Obama’s deceitful Race To the Top program bribed school districts to accept destructive Common Core standards in exchange for federal grants that also affected teacher certification. New York State no longer evaluates its teachers. Pearson Education does. Pearson Education took over teacher certification for New York State in 2014 with its Teacher Performance Assessment (TPA) and is the sole administrator and evaluator of the assessment.

A 2012 article written by New York Hofstra University educator Alan Singer asks the question, “Pearson ‘Education’ – Who Are These People?” It is a pivotal question.

Alan Singer writes, “The question that must be addressed is whether the British publishing giant Pearson and its Pearson Education subsidy should determine who is qualified to teach and what should be taught in New York State and the United States? I don’t think so! Not only did no one elect them, but when people learn who they are, they might not want them anywhere near a school — or a government official.”

In a particularly egregious example of Pearson’s ideological bias, many advanced placement students used a 2018 textbook published by Pearson titled, By the People: A History of the United States. The final section titled The Angry Election of 2016 depicts President Trump as mentally ill and his supporters as racists. A Pearson spokesperson defended the textbook insisting it had undergone “rigorous peer review to ensure academic integrity.” This is the predictable outcome of globalist ideology and globalist revisionism disguised as scholarship.

Pearson is unapologetically committed to globalism and is a signatory to the United Nations Sustainable Development Goals. In Pearson’s own words:

“The good news is that the world has agreed on a plan to put us on a more sustainable path and ensure that no one is left behind. UN Member States have adopted the 2030 Agenda for Sustainable Development, including its 17 Sustainable Development Goals (SDGs) and the Paris Agreement to tackle climate change. We have an opportunity and a responsibility to play our part in delivering these landmark agreements. By supporting the SDGs, we will help create a better world in which our business can grow and we can more effectively achieve our mission to help people improve their lives through learning.”

In February of 2019, Pearson sold its U.S. K-12 courseware business to Nexus Capital Management LP for $250 million in its planned shift from textbooks to digital content. Pearson claims the sale is part of its ongoing work to become a simpler more efficient company. That is company-speak for their move toward higher education and digital delivery of their globalist educational curriculum. Pearson is going to college! In their own words:

“The broader US K-12 market remains an important area of focus for Pearson and we are continuing to invest in faster-growing digital services such as virtual schools and building on our strong position in US student assessment. We will continue to provide Higher Education courseware for Advanced Placement programmes in K12 schools.”

The odd terms of the deal only give Pearson $25 million cash upfront but after the balance is paid Pearson retains 20% of the future cash flow from the business and is entitled to 20% of the sale price if Nexus sells. So who is Nexus Capital? What did they buy? Why the odd deal?

Nexus is a Los Angeles-based private equity firm and member of Emerging Markets Private Equity Association (EMPEA). EMPEA is a consortium of globalist companies that share information in their singular objective of creating unfettered world markets for their goods and services. Sustainable is the watchword. Sustainable is the abracadabra Open Sesame key that begins with private equity firms in emerging markets and ends in one world government.

Tariq Ramadan, director of Qatari Foundation Institute’s Research center for Islamic Legislation and Ethics, is the grandson of Hassan al-Banna, founder of the Muslim Brotherhood. At a 2011 fundraiser in Dallas for the Islamic Circle of North America (ICNA) he openly called for young Muslims to colonize America. Pearson/Nexus is the medium and Muslim supremacy is the message.

The Explanatory Memorandum should be required reading for every American parent and every American educator to fully understand the depth, breadth, and commitment of the movement to colonize America and make it Muslim. Most Americans scoff at the idea of such a seemingly outlandish objective. They have not read the Explanatory Memorandum. What many Americans fail to remember is that aspirational world domination is not new or unfamiliar in contemporary life – it has just appeared in a different form.

Globalism is the modern-day ambition for world domination. It is deceitfully marketed as progress – the New World Order of global citizenship ruled by the globalist elite under the auspices of the United Nations – to help us improve our lives of course.

Americans have been lulled to sleep by the security of their unparalleled freedoms, the vastness of their country and the oceans that surround it. The Islamic menace will not conquer America by land or sea and neither will the leftist menace. The globalists will eventually conquer America through Obama’s sinister textbook initiative that indoctrinates American children and produces the self-loathing voters who will willingly choose one world government over sovereignty – no bullets required. We must wake up to stop them.

A 2015 EdTech article exposes the overarching threat that the sinister humanitarian hoax of Pearson Education poses. The article titled, “Do School Districts Need Their Own Data Centers Anymore?” explains how school districts are moving their entire educational databases online to Google Apps and Chromebook, and moving all files to Google Drive for cloud storage. They will have Pearson host PowerSchool instead of the school district hosting themselves. This means Pearson and Google will have absolute control over educational content.

In January 2019, Pearson announced that Pearson Realize, its single digital platform, is now a Google for Education Premier Partner. This means that Pearson’s globalist propaganda package is what American children will be indoctrinated with. Political correctness, historical revisionism, moral relativity are now mainstream digital learning tools for social engineering that prepare American children for global citizenship and one world government.

The Pearson/Nexus globalist indoctrination toward one world government is either not known and recognized as an existential threat, or it is known and embraced by ideologues who support its objective. In either case, it is up to the parents to decide how their children will be educated – not up to a foreign company with an anti-American globalist agenda.

The humanitarian hoax of Pearson Education must be exposed and eliminated. American textbooks and digital content must be provided by American patriots who are committed to our glorious Constitution and the extraordinary freedoms it provides. Freedom is never free. We must wake ourselves to the clear and present danger of the triple menace of the Islamist/leftist/globalist axis and their apologists who seek to destroy America from within. If we want to remain free we must be willing to oppose globalism and stand up for our national sovereignty.

Islamist leaders strive for a worldwide religious Islamic caliphate that rules an infantilized population without free will. Leftists strive for a secular world of international socialism that provides an infantilized population with cradle-to-grave care. The globalists who own, operate and continue to expand their global control of the private sector and the Internet use the Islamists and leftists as useful idiots to create the chaos required for total globalist domination and one world government.

President Donald J. Trump is the existential enemy of the entire Islamist/leftist/globalist axis that has conspired and colluded in common cause to overthrow his patriotic America-first government. Unlike his adversaries, President Trump’s policies and objectives require adult awareness of the humanitarian hoaxes that threaten our freedom and sovereignty.

Islamism, socialism, and globalism all provide an infantilized dependent escape from freedom whether secular or religious. Freedom requires adulthood. If we choose freedom we cannot allow the humanitarian hoax of Pearson Education to kill America with kindness in the disingenuous names of progress and multiculturalism.

We are the land of the free and home of the brave. We must free ourselves from Pearson/Nexus, the Muslim Brotherhood, and the globalists who control their propaganda in our schools if we are to remain free, sovereign, and independent.

One thought on “The Humanitarian Hoax of Pearson Education: Killing America With Kindness – Hoax 30”