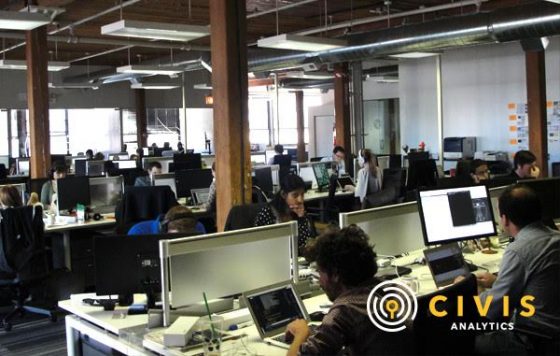 Civis has provided data and tech services for a number of Democratic committees in recent years, with its most recent payments coming from the Democratic Congressional Campaign Committee (DCCC), which paid $63,400 for polling and website services during the first quarter of the 2020 cycle; the Democratic National Committee (DNC), which dished $33,900 to the firm for data analytics; Planned Parenthood Votes, which also pushed $33,900 to Civis for data analytics; and NextGen Climate Action, liberal billionaire Tom Steyer’s committee, which paid $16,000 for data and consulting services.

In addition to the committees, the presidential campaigns of Sens. Cory Booker (D., NJ), Elizabeth Warren (D., Mass.), and failed Senate candidate Robert “Beto” O’Rourke have also combined to pay tens of thousands for its services during the first three months of the year. Civis Analytics announced in late April that it will be working with Joe Biden’s presidential campaign for the 2020 election cycle, Bloomberg reported. Civis appears to be expanding its political team in Washington and New York, according to job postings on its website. 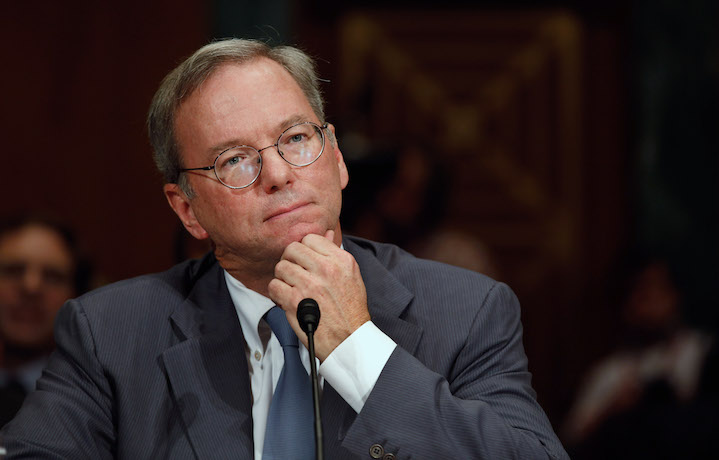 Eric Schmidt, the former CEO of Google and still an advisor, surely has taken much of the same tactics with him including algorithm equations to the Biden campaign and the rest of the Democrat candidates to skew results favorable to their respective political missions. While Google has a data warehouse analytics tool called BigQuery, Civis Analytics is also a select vendor for the Democrat National Committee. Other Civis Analytics customers include: 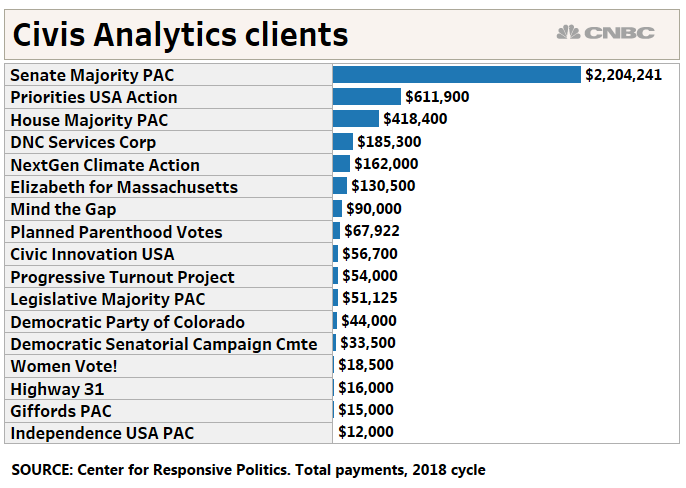 Where are some of these social justice policy concepts coming from that were introduced at both Democrat debates? Yet another project also tied to Civis Analytics called The New Progressive Agenda Project.

The New Progressive Agenda Project gives policymakers and advocates reliable congressional district and state-level polling data that would normally be out of reach for even the best-funded campaign. In the coming weeks, we’ll be periodically releasing new data on progressive proposals that are message-tested and ready to be introduced in the 116th Congress. Using the state-of-the-art modeling techniques employed by leading campaign professionals, we are confident that these policies will remain popular in the electorate at large while also engaging the progressive base. They have been carefully vetted by veteran campaigners from Civis Analytics, which was formed by the data scientists who oversaw Barack Obama’s 2012 re-election campaign. Civis’s political data science arm is one of the most reputable in the business. These numbers are the gold standard — they are actionable by candidates and campaigns.

It’s time for unabashed progressive policies that can win.

Today, we roll out our second set of policies:

Civis Analytics fielded support for four progressive policies to determine their levels of public support. Full question wording is available below, but here it is important to note that questions included a revenue pay-for where needed, as well as both partisan cues and counterframes throughout. In other words, respondents were told that these policies were being proposed by Democrats, and were given reasons why Republicans say they should oppose them. The sample for medical innovation prizes was 12,154, for automatic voter registration (8,357), for lead removal (12,166) and for bail reform (10,851)and these surveys were fielded between July 10th 2018 through September 30th 2018. Using modern machine learning techniques, Civis generated estimates for Clinton voters, Trump voters, Independent voters, drop-off voters (who voted in 2016 but not 2014) and the overall electorate. Because our goal is to provide information that can be immediately relevant to politicians, the overall number reflects a likely 2018 voters, not national adults. Sub-national opinion is presented in terms of two-way support (that is, excluding respondents who did not register an opinion one way or the other). Please direct methodological questions to Michael Sadowsky: [email protected]

For our second round of polling, we analyzed four policies:

Medical innovation prizes: We asked respondents whether they would support having the government fund a prize fund that would reward the creation of drugs and vaccines that improve health outcomes, with medication developed through this program sold cheaply to the American public without a patent. Forty-six percent of likely 2018 voters supported this policy, with 32 percent opposed.

Automatic voter registration: We asked respondents whether they would support having voter registration records automatically update when citizens interact with the DMV and other state agencies, unless they opt out. Forty-seven percent of likely 2018 voters supported this policy, with 36 percent opposed.

Lead removal: We asked respondents whether they would support a ten year program in which taxes on high-income earners would be raised to fund lead removal in houses with dangerous levels of lead paint. Forty-six percent of likely 2018 voters supported this policy, with 36 percent opposed.

Bail reform: We asked respondents if they would support shifting from the current cash bail-only system to one that allows judges to release some defendants, under the court’s supervision, if they are not considered a threat to society. Forty-two percent of likely 2018 voters supported this policy, with 39 percent opposed.