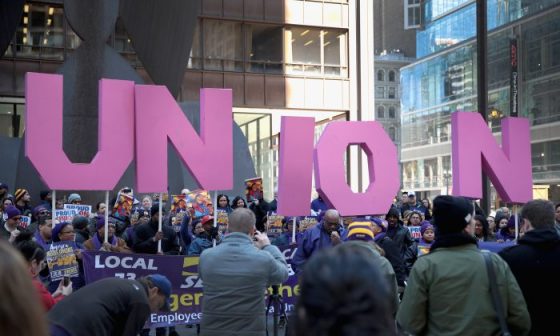 After the initial burst of European revolutions all failed in the 1920s, the communist movement began a long-term plan to move individual countries to socialism by force where possible, and by infiltration and manipulation when not.

After Eastern Europe and China were communized by force after World War II, communist expansionism was resisted by stiff Western resolve. The Cold War was essentially a stalemate. Communism could only expand peripherally, mainly in the poorer countries of Africa and Asia. Force was too risky to apply to the main targets of Western Europe and North America.

The communists rightly surmised that if they could influence or manipulate the British Parliament, the German Bundestag, and the U.S. Congress, what did it matter how many missiles NATO possessed or how many troops they could mass on the Rhine?

During the Cold War, policy was established in Moscow by the Communist Party of the Soviet Union, in conjunction with the International Department and the KGB. The question would be posed by leadership: What domestic or foreign policy do we want France … or Canada … or Italy … or New Zealand … or the United States to adopt, so as to move that country more toward socialism or to tilt the balance of power more in our favor?

For example, in 1984, my home country of New Zealand banned nuclear warships from our harbors.

I know from interviewing a participant in the process that this legislation was dreamed up at Lenin’s Institute for Higher Learning in Moscow—a highly secretive training school for more than 6,000 communists from all over the globe. Moscow was trying to break up NATO at the time—and still is. They were funding and directing the European peace movement but were running into a brick wall when it came to getting U.S. troops out of Europe. In order for Moscow to conquer Europe, NATO had to be disbanded. It was decided in Moscow to break tiny, heavily Soviet-influenced New Zealand away from the Western nuclear alliance in the hope this would encourage the European left to shatter NATO.

In October 1983, four New Zealand communists were sent to Lenin’s institute for training. They were instructed to mount a campaign back in New Zealand, which would be run through the communist-controlled unions, to pass legislation banning nuclear warships. When the delegation returned home, several secret meetings were held with the unions, peace movement, and with the Soviet-friendly elements in the ruling Labour Party. Within a few months, Moscow’s anti-nuclear legislation was passed through the New Zealand Parliament—destroying my country’s military alliance with the United States. And hardly one in a million New Zealanders have any inkling that our anti-nuclear policies were organized from Moscow.

I learned through extensive interviews with one of the New Zealand communists involved in the Moscow meetings that this was standard Soviet practice. The Soviets were able to influence governments all over the world by using a chain of command that went through the local communist parties, through the union movement, and into the target country’s mainstream “left-wing” party.

Thousands of foreign communists were trained every year in Lenin’s Institute for Higher Learning and Patrice Lumumba University in Moscow. The main purpose of the institutes was to indoctrinate foreign communists into following Moscow’s line. A major part of the training was learning how to use their own country’s labor movement, peace movement, churches, and civil organizations to influence policy formation in their native country’s “mainstream” left-wing political party—the British Labour Party, the French Socialist Party, the German Social Democrats, the Canadian Liberals, or the U.S. Democratic Party.

As Lenin said of trade unions, they are the “transmission belts from the Communist Party to the masses.” Communist control of the labor movement is the key to the implementation phase of communist policy infiltration into Western countries.

Every major communist party does its level best to take over the local labor movement. There are several reasons for this, but the most important and overlooked one is this: Every mainstream left-wing party in the Western democracies is dominated by the labor movement. The unions fund these parties, contribute manpower at election time, and bloc vote at their conferences.

Labor unions effectively dominate every major left-wing political party in every major, and most minor, Western countries. He who pays the piper calls the tune. Labor unions, by providing the money and the muscle, can dictate party policy and they usually can have a big say in candidate selection.

If communists get control of a country’s unions (as they have in the United States), they effectively get control of the nation’s mainstream left-wing party into the bargain.

The process is clear. The international communist movement or the local communist party sets a desired policy, whether it’s strengthening labor legislation, securing more state funding for political parties, instating a more socialist school curriculum, loosening immigration policies, increasing refugee resettlement, canceling a new weapons system, or relaxing trade sanctions on Cuba—whatever is paramount on the communist agenda at that time. The communists and their socialist allies then make these communist policies union policies. The unions then put pressure on the local Labour Party, Socialist Party, or Democratic Party to adopt these union policies as their own. As labor effectively controls these major parties, the process is often not that difficult.

Moscow’s policies became Canadian Liberal Party policy or French Socialist Party policy through a simple cut-out process. French or Canadian, or Brazilian or U.S. citizens would have no idea that the policies they thought came from their own government actually originated in Moscow.

Since the more-apparent-than-real “collapse of communism” in the 1990s, communist international policy formation appears to have become more decentralized. All the major international communist fronts created by the Soviets in the 1940s and ’50s—the World Peace Council, World Federation of Trade Unions, Women’s International Democratic Federation, World Federation of Democratic Youth, and International Association of Democratic Lawyers—are still actively working as a team, promoting the communist “line” wherever they can. Today, they are controlled more by Cuban, Greek, and Third World communists, but follow policies almost identical to those of their former Soviet masters. These organizations still function as “transmission belts” of communist policies into targeted countries.

Today, this “transmission belt” process appears to be more decentralized with more indoctrination being done “in country, or through the major international front organizations.” Semi-communist socialists, including the Democratic Socialists of America (DSA), used to get much of their direction from the Socialist International—which followed a “line” that is almost identical to that of the openly communist movement.

In recent years, the DSA has grown so dramatically and moved so far left, that it is now effectively the United States’ main communist party.

Consequently, European communist parties including those of Spain, France, Italy, and Greece have formed close ties to the DSA.

The former East German Communist Party—now known as Die Linke (The Left)—works very closely with the DSA through its New York affiliate of its Berlin-based front organization the Rosa Luxemburg Foundation. This Manhattan-based affiliate trains DSA leaders and clearly influences policy formation. Die Linke still maintains close ties to Russian socialists and Putin’s government. So it’s very possible that DSA policies are being influenced from Moscow just as the Communist Party USA’s policies were formulated in Moscow for more than 70 years.

The DSA has infiltrated many policies into the Democratic Party, including Obamacare, amnesty for illegal aliens, Medicare for All, and the Green New Deal. Almost all of today’s Democratic policies are identical to those of the DSA and the Communist Party USA.

Voting for Their Own Destruction

When Americans vote for increased minimum wage ballot measures, decriminalization of drugs, rent control, gun control, or politicians promoting a Green New Deal or socialized health care, they are voting for communist policies. These policies may have been formulated at DSA or Communist Party headquarters, or at the Rosa Luxemburg Foundation in Berlin—or even in Moscow, Beijing, or Havana.

Wherever these policies originate from, the result is the same. Every election cycle, tens of millions of Americans vote for communism—and are completely unaware of this fact.

What better way to socialize a nation than to fool its citizens into voting for communist policies disguised as home-grown “liberalism”?