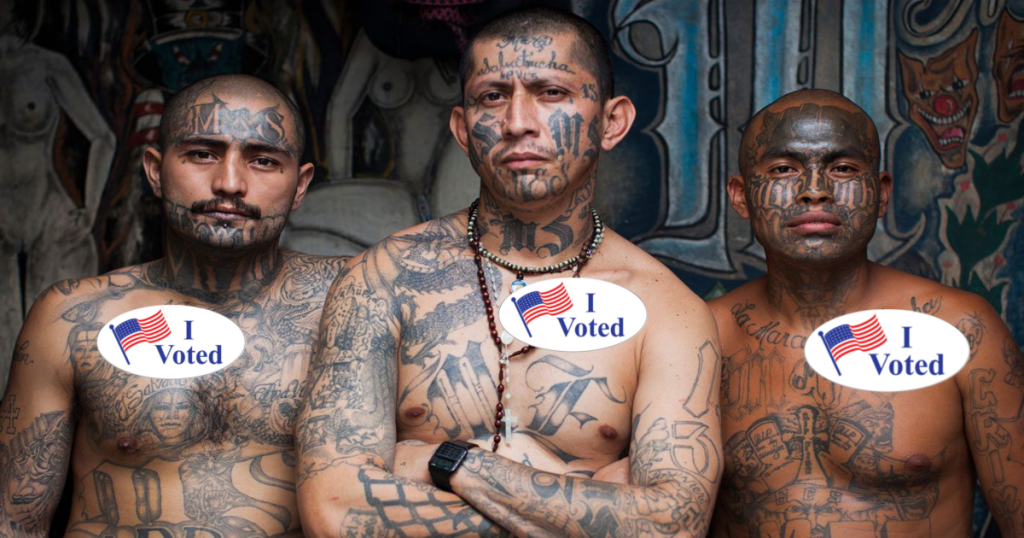 So how should we respond? Consider one of Saul Alinsky’s “Rules for Radicals” – specifically: “make the enemy live up to their own book of rules.” By making the Democrats and Progressives live up to their stated “rules” of protecting minorities’ voting rights, we can help ensure the very election integrity that they intend to undermine.

Voting in federal elections is restricted to citizens(at least on paper).  While Progressives ultimately want voting eligibility to be based upon residency rather than citizenship – opening up the voter rolls to legal and illegal aliens alike, as they’ve already done in some localities – they have not yet succeeded in enacting that Progressive “great leap forward” for federal elections.

So they’ve relied upon sloppy-by-design voter registration (such as in California), and “popular vote” instead of Electoral College schemes.  These can swing close federal elections by nullifying the votes of legitimate voters on an interstate basis(which in turn provides a basis for invoking federal jurisdiction by the good guys).  Further, it can be argued that illegal alien voting has a “disparate impact” upon citizen minorities – particularly Blacks, but even Hispanic citizens – by disproportionately diluting their “minority” votes.  To put it another way, the very deliberately porous voter registration and nonexistent voter verification at the polls accomplishes mass minority disenfranchisement by other means.

Ah, but the solutions are already in the statutory toolbox: the “Civil Rights Act of 1964” and “Voting Rights Act of 1965.”  These provide extraordinary powers to the Department of Justice to ensure full and fair voting access (for citizens) – including “federal examiners” who can oversee the registration processes of states and localities.  Given that, could not President Trump through “executive action” – or the DOJ acting unilaterally – declare a nationwide crisis in election integrity, and under the aforementioned civil rights laws quickly undertake nationwide measures aimed at ensuring both voter registration and (election day) voter verification?

And what could be the central element? E-Verify.  For federal elections (at least), mandate that E-Verify is the auto-enroll (and only vehicle for) both voter registration and verification on Election Day (along with photo ID).  As such, besides verifying citizenship, it could also flag those who attempt to vote multiple times, or in multiple states, or in places other than their legal place of residence.

As far as mail-in ballots go, requests for same, along with the mailing address, Could be run through E-Verify before mailing.  Social Security and IRS records could be used to delete deceased individuals from E-Verify, and thus purge them from the voter rolls.

Many will rightly express concerns regarding what will, in fact, operate as a federal database tracking (amongst other things) employment, residence, citizenship status, and voting frequency.  And as with any database, it could be subject to both “mission creep” and abuse.  This writer readily stipulates the validity of those concerns. But, but …

Like it or not, we are players in a long game that the Progressives started over 100 years ago. They have already made great strides toward flooding the field with voter fraud by citizens and non-citizens alike, executing an electoral version of the “Cloward-Piven Strategy” to overwhelm (and ultimately replace) our electoral, and ultimately our governing system.

Because of their schemes, our country as founded faces an existential threat.  If the (globalist) Progressives succeed, concerns about E-Verify and intrusive federal databases will become academic. So we must first defeat their electoral plans before we can even contemplate undertaking our own “long march back through the institutions” (to recover from the rest of the Progressives’ century-long erosion of our Founding).