The U.S. should perhaps be scrapping any trade deal with China. Why?

Just this week, the United States Navy and Taiwanese authorities sailed through the Taiwan Strait. China threatened the use of force to thwart any U.S. move over the partnership with Taiwan. So, the U.S. just tested that. 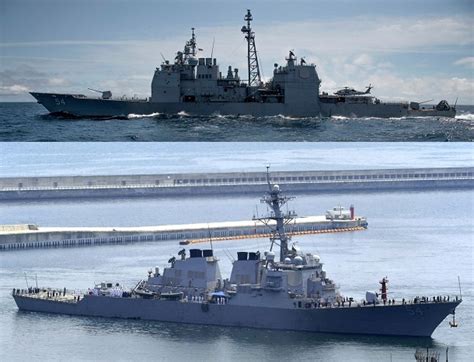 As an aside, the United States just approved a major sale of weapons requested by Taiwan totaling $2.2 billion. This is actually in compliance with U.S. law where we are to provide Taiwan with sufficient equipment and services for self-defense.

END_OF_DOCUMENT_TOKEN_TO_BE_REPLACED

Homeland Security and Homeland Defense cannot be divided, one relies on the other.

For starters, the FBI has had a long term operation in Central America. The FBI declares the gang operations for instance in El Salvador does affect public safety in America.

“Many of the gang members committing these homicides are 13-, 14-, and 15-year-olds,” he explained, “and every day there are new members coming in.”

“We aren’t facing a group of youths who are rebelling, but a very structured organization conducting criminal activities,” said Luis Martinez, El Salvador’s attorney general, and the country’s highest-ranking law enforcement officer. “They are using military-grade weapons, and they are using them against the police, military, and prosecutors.”

MS-13 and 18th Street gang members have gained a foothold in numerous U.S. cities, including Los Angeles, Boston, Houston, Charlotte, Newark, and the Northern Virginia suburbs of Washington, D.C. They commit a variety of crimes — mainly trafficking drugs and extorting individuals and business owners — and they maintain strong ties to Central America.