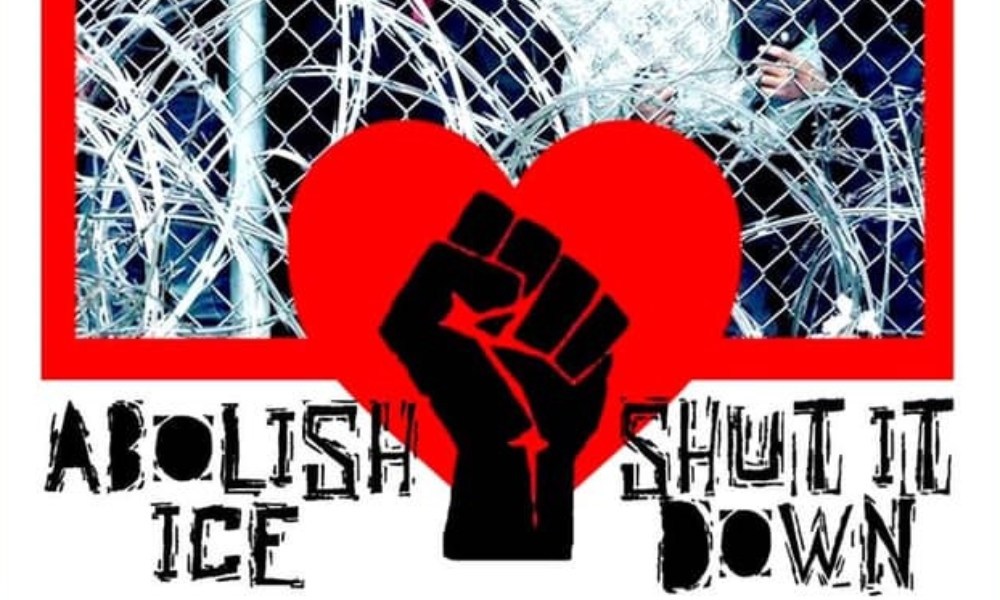 “Local and national organizers are working together to build 10 days of trainings and direct actions for the Border Resistance Convergence in El Paso, TX – September 1-10th. We are calling on affinity groups everywhere to come together and help us address US-funded genocide and local concentration camps.”

Antifa is leading a "Border Resistance" militancy training tour that will converge on a 10-day siege in El Paso, TX. The promotional image shows border enforcement officers being killed & government property fired bombed. Organizers asking for "white comrades" to pay for others. pic.twitter.com/zwG7iMLMZT

As predicted the propaganda these fascists are putting out depicts border enforcement officers being killed and government property being firebombed. Organizers are asking for “white comrades to pay for others.” I suggest that President Trump finishes declaring these animals as terrorists before they kill someone. They are swarming here just as they do in Europe.

Antifa is choosing El Paso because they are overcrowded in their detention facilities there and are a weak point in the chain of defense. They are literally at the breaking point because they can’t handle the number of illegal immigrants coming over the border. The solution seems fairly simple to me… stop them ‘before’ they cross the border and if you catch them after they come across, send them back. This is a crisis that just should not exist and it is of our own making.

President Trump has had enough of Antifa. “Consideration is being given to declaring ANTIFA, the gutless Radical Left Wack Jobs who go around hitting (only non-fighters) people over the heads with baseball bats, a major Organization of Terror (along with MS-13 & others),” Trump wrote. “Would make it easier for police to do their job!”

What’s even worse is this violent, revolutionary communist group is supported and protected by the leftist-media and by Democrats. They usually spin them as harmless and even as heroic. Former Vice President Joe Biden launched his presidential campaign by praising Antifa. CNN host Chris Cuomo suggested that they fight for “a good cause” and shouldn’t be judged like other political factions that try to circumvent the democratic process through raucous protest. Yep, they should be able to terrorize, kill, and create chaos at will because they are supporting a leftist revolution.

This may be even more serious than their previous acts of violence. A report from last May seems to give us a heads’ up here:

“The FBI is investigating a supposed radical far-left Antifa plot to “stage an armed rebellion” and “disrupt U.S. law enforcement and military security operations at the US/Mexican border.”

“Word of the probe comes after years of the FBI putting greater emphasis on the threat of Antifa activities, with bureau Director Christopher Wray saying the agency is looking into the ideology and individuals associated with the movement.”

I guess cement milkshakes, crowbars, and Molotov cocktails just weren’t enough. This should really put ICE, local law enforcement, Border Patrol personnel, and anyone living in the area on notice. Antifa wants violence on the border and they want members willing to die for their cause. They want a revolution in this country and patriots better pay attention… it’s coming.

El Paso is not Rose City. They won't get the same gladhanding and hand's off policy.. and BP has no sense of humor, whatsoever.

A Facebook event page for the Border Resistance Tour has more than a hundred individuals signed up as either “Interested” or “Going.” Trump supporters have taken the opportunity to sign up for the tour on the group’s rideshare page, possibly to serve as a deterrent to any potential criminal activity. Sounds like a bloody party to me.

Of all the states to choose to attack, Texas just might have been the absolute worst. I don't think this will go very well for them.