The El Paso shooter left a 4-page manifesto laying out his political and social position(s) on several topics including the Hispanic invasion. He also addressed fake news and that Trump did not have anything to do with his evil decision to go on a killing rampage. So, Cloudflare fired one of its customers, 8Chan. The shooter’s manifesto was posted on 8Chan. A cyber site known as ZDNet among others reported the termination of 8Chan and had the following subtitle: “8Chan has harbored a community of hate” (in part). No argument there. 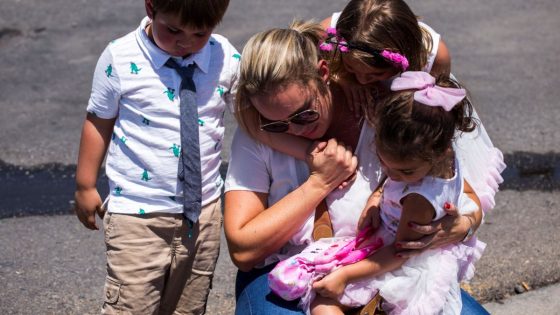 Senator Cory Booker declared on Meet the Press that Trump is responsible for El Paso shooting.

Mayor Pete Buttigeig along with Elizabeth Warren and Julian Castro and others have said the same thing.  These politicians created the phrase ‘white nationalism’ to describe Trump and Trump supporters.

While being one of the moderators of the Democrat debate, Don Lemon of CNN twice called Trump a racist. Not to be left out is the New York Times and for sure the Washington Post.

So we have yet another ‘community of hate’ and is anyone challenging these politicians or media to look inward and ask if they are complicit in all this?

So, what about defamation laws? Glad you asked. Consider the following:

What are the elements of a cause of action for defamation?

The elements of a defamation suit; whether slander or libel, are:

2. Published to a third party;

3. Which the speaker knew or should have known was false;

4. That causes injury to the subject of the communication

So, just how many are really creating more hate and division and the manifestation of this into the full landscape of domestic tranquility or for that matter even when it comes to global relations between the United States and countries across the world?

Active shooters and deadly ambushes on soft targets where very innocent people die is the result of all this high octane rhetoric by so many. Evil pulled the trigger(s). Evil is a form of mental defect. See something, say something? Okay, that does often work when it comes to public safety and nabbing criminals. Great. Yet here is another suggestion for a layered approach. How about the cyber wing of our government, suggesting the NSA create a search algorithm that searches online sites including dark parts of the web like that of 8Chan to flush out evil as spelled out in the El Paso shooter’s manifesto? Google, Facebook, and Twitter all created and apply these kinds of software tactics. Suggesting the NRA is to blame is without basis, suggesting Trump is to blame is without basis, suggesting that white nationalism is to blame is without basis.

There is no single cure for this community of hate. There must be a layered approach, so having a cogent summit and plan is suggested. After the Parkland shooting, the Trump White House did host a summit and several approaches were suggested including a state by state Red Flag law system to keep schools safe.

How do you legislate away hate that may turn deadly? You don’t, but politicians and media must become introspective in this community of hate.

For more consideration here is the recent item published by the LA Times. In part:

For two years, we’ve been studying the life histories of mass shooters in the United States for a project funded by the National Institute of Justice, the research arm of the U.S. Department of Justice. We’ve built a database dating back to 1966 of every mass shooter who shot and killed four or more people in a public place, and every shooting incident at schools, workplaces, and places of worship since 1999. We’ve interviewed incarcerated perpetrators and their families, shooting survivors and first responders. We’ve read media and social media, manifestos, suicide notes, trial transcripts and medical records.

Our goal has been to find new, data-driven pathways for preventing such shootings. Although we haven’t found that mass shooters are all alike, our data do reveal four commonalities among the perpetrators of nearly all the mass shootings we studied.

First, the vast majority of mass shooters in our study experienced early childhood trauma and exposure to violence at a young age. The nature of their exposure included parental suicide, physical or sexual abuse, neglect, domestic violence, and/or severe bullying. The trauma was often a precursor to mental health concerns, including depression, anxiety, thought disorders or suicidality.

Second, practically every mass shooter we studied had reached an identifiable crisis point in the weeks or months leading up to the shooting. They often had become angry and despondent because of a specific grievance. For workplace shooters, a change in job status was frequently the trigger. For shooters in other contexts, relationship rejection or loss often played a role. Such crises were, in many cases, communicated to others through a marked change in behavior, an expression of suicidal thoughts or plans, or specific threats of violence.

Third, most of the shooters had studied the actions of other shooters and sought validation for their motives. People in crisis have always existed. But in the age of 24-hour rolling news and social media, there are scripts to follow that promise notoriety in death. Societal fear and fascination with mass shootings partly drives the motivation to commit them. Hence, as we have seen in the last week, mass shootings tend to come in clusters. They are socially contagious. Perpetrators study other perpetrators and model their acts after previous shootings. Many are radicalized online in their search for validation from others that their will to murder is justified.

Fourth, the shooters all had the means to carry out their plans. Once someone decides life is no longer worth living and that murdering others would be a proper revenge, only means and opportunity stand in the way of another mass shooting. Is an appropriate shooting site accessible? Can the would-be shooter obtain firearms? In 80% of school shootings, perpetrators got their weapons from family members, according to our data. Workplace shooters tended to use handguns they legally owned. Other public shooters were more likely to acquire them illegally. Go here for the full article.